It’s been a while since I’ve posted a Sentimental Snapshot photo on here.  It’s just that there have been so many other exciting things going on to write about, I’ve hardly had a spare moment.  But as I was looking through my pictures the other day trying to find something specific for another piece of writing that I’m doing, I stumbled across this shot. 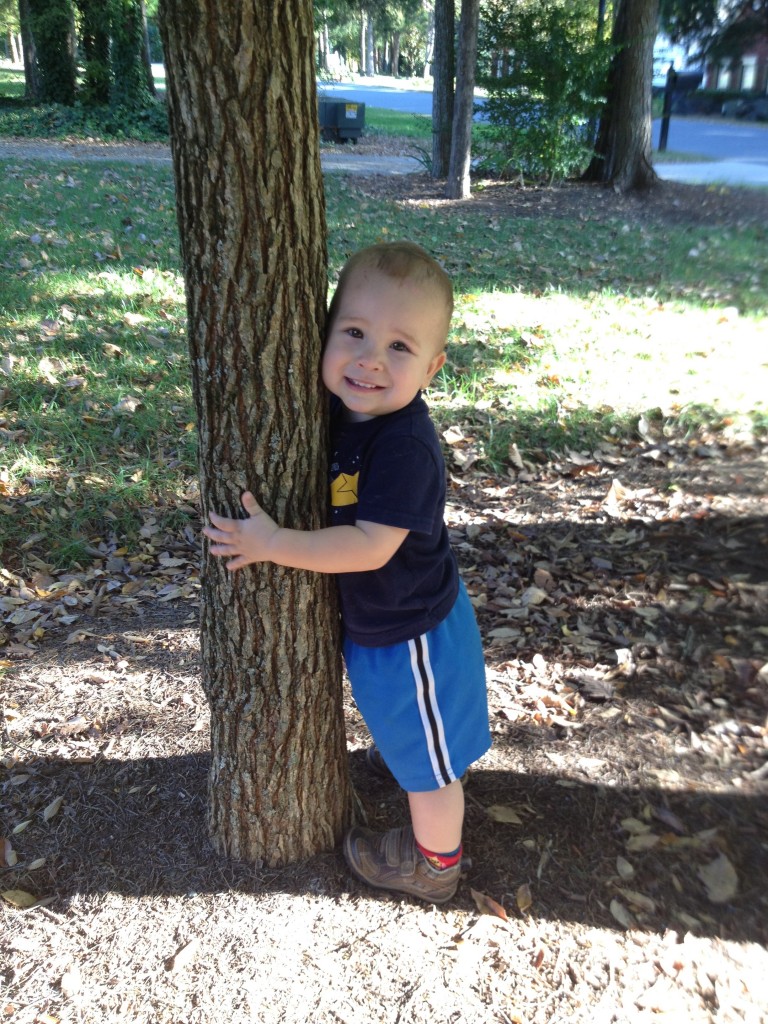 This photo was taken this past fall, towards the end of October.  Cragbaby had just learned how to say the word “tree,” and was pretty darn excited about saying it as often as he could.  A common Green Hour activity during that spell involved picking cicada shells off of the trees, and gathering them all into one large pile.  This was also during a particularly affectionate phase where C liked to hug everything – including inanimate objects.  So on one of our cicada collecting adventures in the front yard, I asked C if he saw any trees.  His eyes lit up, and he ran right over to a tree, arms outstretched, and said, “Mmmm, tee.”  My heart melted as I caught a glimpse of his simple yet poignant understanding of the world around him.  I hope that that attitude of love and respect for nature stays with him as he grows up!

What heart-warming memories does your family have from the “just-starting-to-talk-phase?”