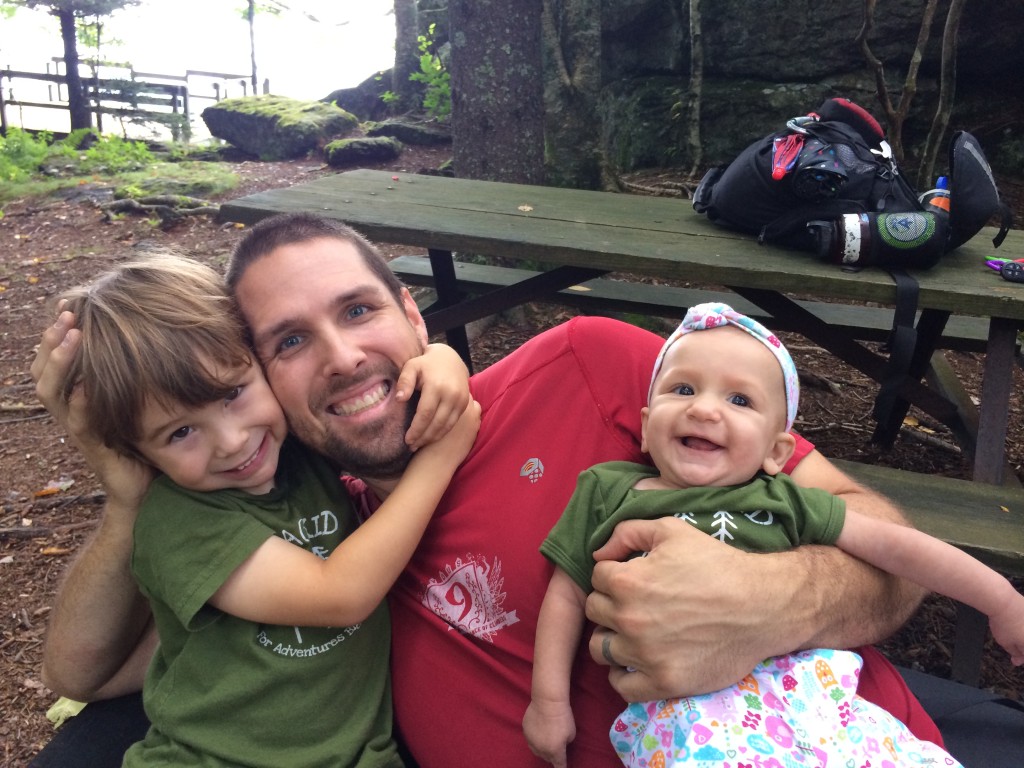 Up until this past weekend it had been a record breaking 9 WEEKS since we’d been to the mountains for a family adventure.  Between beach trips, rainy weather, and various other obligations, we had somehow turned into gym rats over the summer.  We’ve done our best to squeeze in pockets of adventure here and there, but it’s just not the same as getting out and away from everyday life for a couple days at a time.

Which is why we were psyched last week to have secured climbing partners with a reasonable weather forecast in Grayson Highlands, VA.  But as the week went on, the rain percentages went up, and our list of partners went down.  With each passing day I felt my heart sink lower and lower.  We finally had a free weekend, and it looked like we would be spending it at home yet again.  After a lot of hemming, hawing, and weather-watching Thursday night, we finally decided to go for it and hit the road by ourselves, tossing everything from crash pads to umbrellas to plastic ninja swords into the van.  There’s no reward without risk, and although I can’t say that the entire weekend went smoothly, we certainly reaped enough family rewards to make the trip worthwhile! 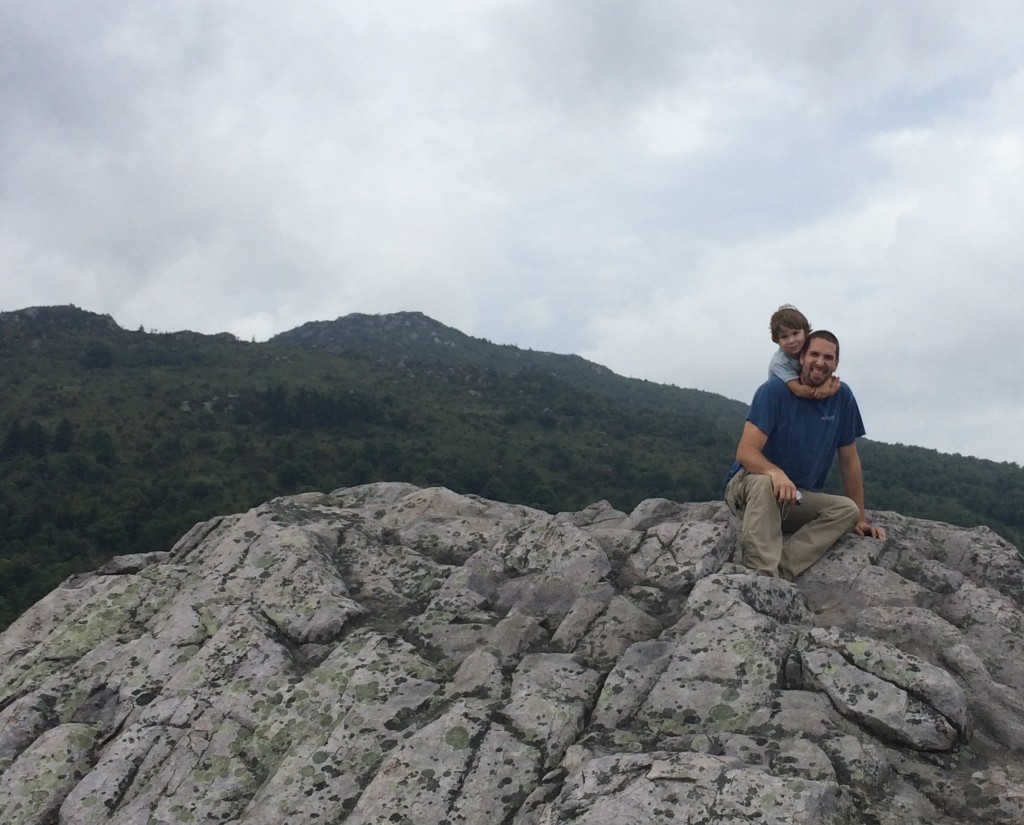 We arrived on Friday with just enough daylight to squeeze in a dinnertime hike up to Wilburn Ridge to see the wild ponies, which is something we hadn’t done since Big C was Baby Z’s age.  The ponies roam freely throughout the park, so you obviously can’t guarantee a sighting, but they (like most people) are creatures of habit, and tend to hang out on the ridge around dusk, and Friday night was no exception.  This time was particularly special because several of the mares had babies!  We watched them for a bit, then let Big C burn off some energy scrambling across the rocky outcrops and climbing some spruce trees, then headed back down to set up camp. 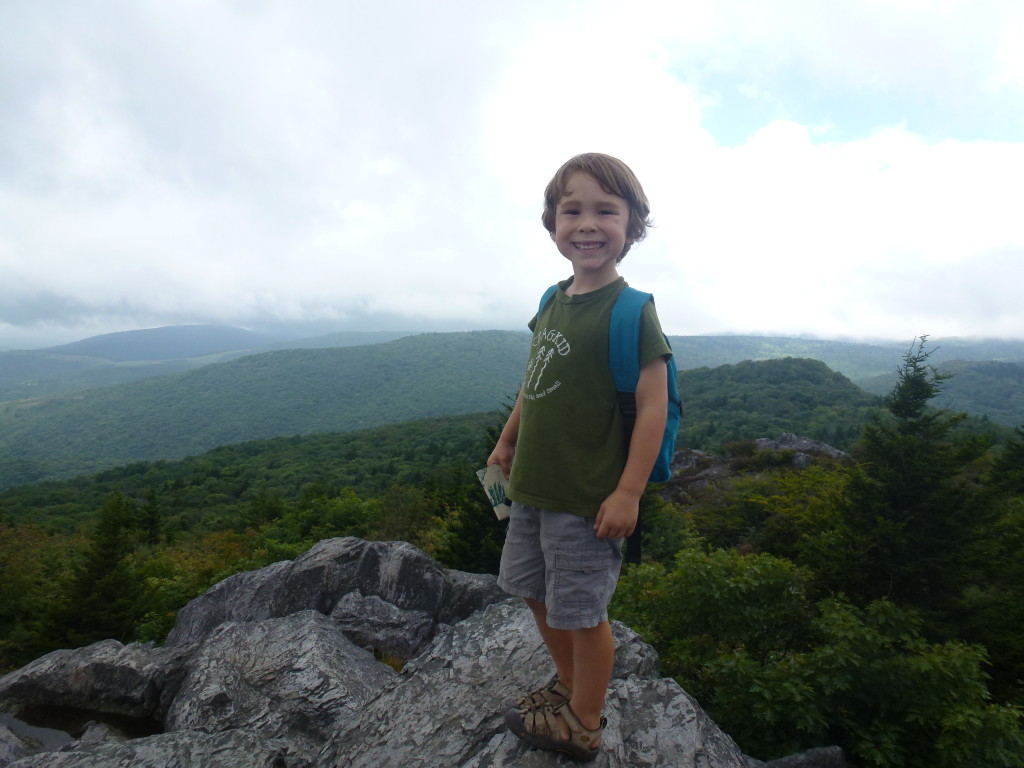 It rained a lot that night.  A LOT.  I heard rain every time I awoke (which was plenty, since Baby Z did not have the best night…).  The next morning was cloudy but dry, and by the afternoon the clouds had given way to beautiful sunshine.  We attempted to boulder a bit in the morning, but it was just too hectic with Baby Z by ourselves, so we opted for a hike on the Twin Pinnacles trail instead.  The views from the highest points in the park were spectacular, and me and Big C enjoyed munching on wild blueberries AND blackberries along the way while the Crag-Daddy kept pace and Baby Z snoozed away in our new Bitybean carrier (review coming soon!) 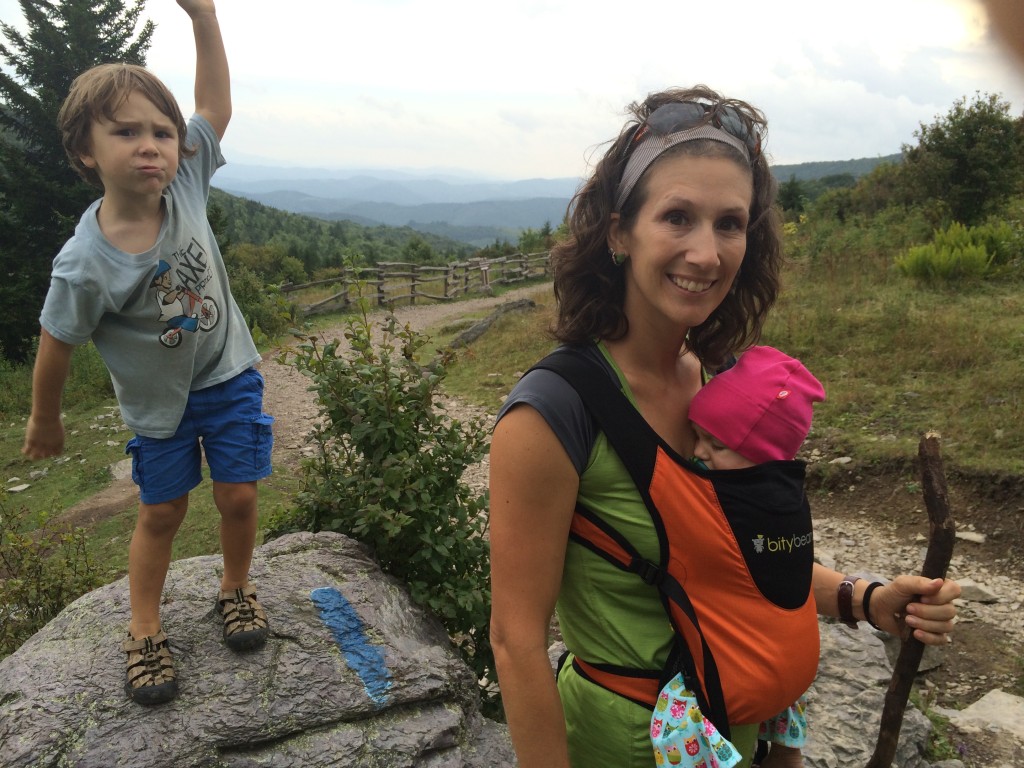 After a quick stop to get shut down on True Grit (V5) at the Contact Station, we headed back up the Rock House, hoping to rendezvous with our campsite neighbors who had said they’d be out there (and ironically, ALSO had children with swords!)  Sure enough, we suddenly found ourselves with plenty o’ pads and spotters.  Our tick list for the day did not include anything new for me, but it had been a loooong time since I’d bouldered outside, so it was fun to nab some postpartum sends…

The next day dawned foggy and dreary, and after a short jaunt along the 1.3 mile Rock House Ridge trail, we packed up shop and headed home.  We enjoyed a pitstop picnic along the New River just over the NC state line, and even managed to make it home in time for a neighborhood block party. 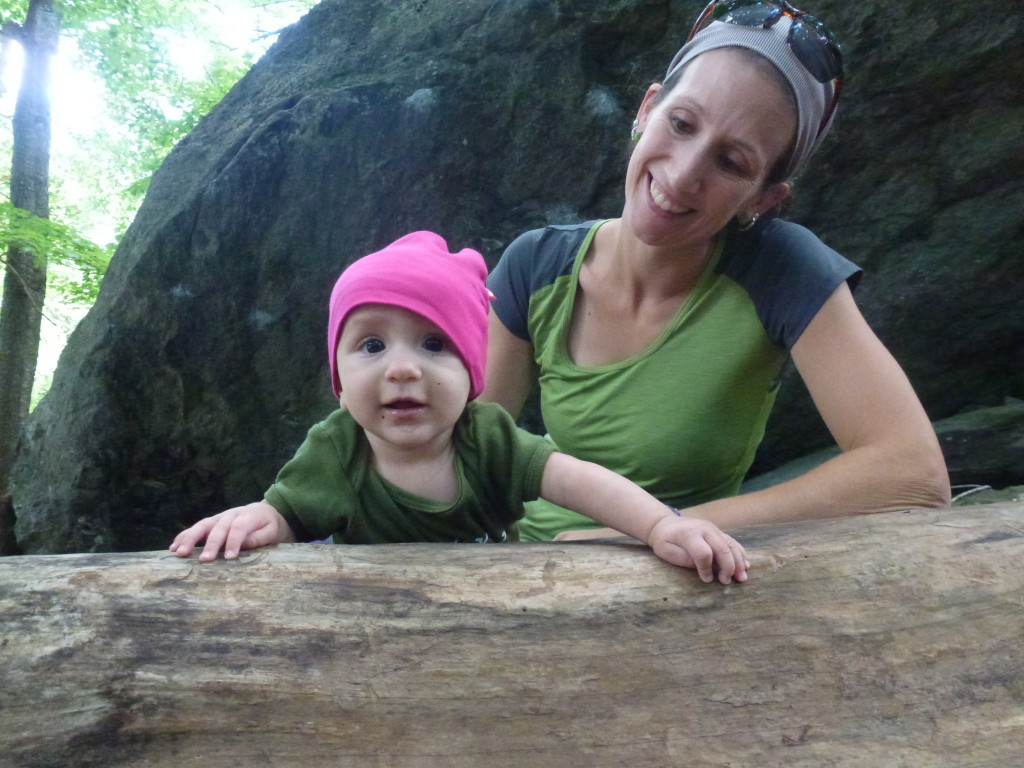 Already bouldering…and looking the part with her beanie!

Though there were certainly times where things did not go according to plan, the weekend as a whole was soothing to my soul. There’s just something uplifting about being out in Creation all weekend, connecting with each other as we disconnect from everything else.  I know my spirits are renewed, and the whole family is looking forward to the adventures we’ve got in the making for this fall! 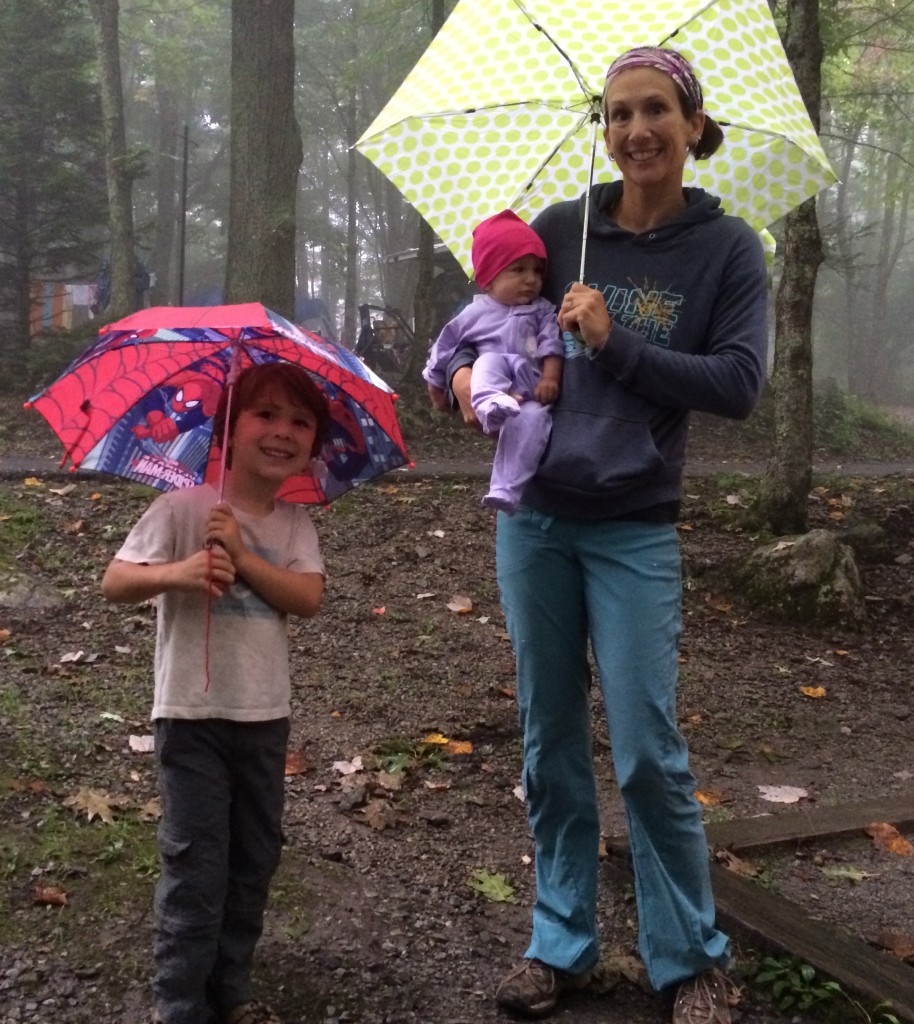