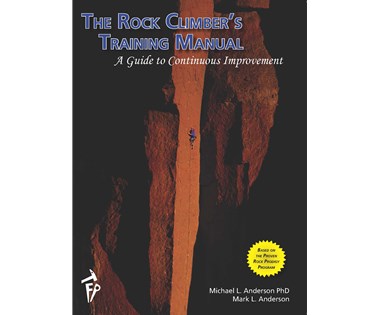 I’m writing this climbing-related post from just about as far away from the mountains as I can possibly get.  Hubby’s out of town on business, so me and the kiddos are taking the opportunity to hang out at my in-laws beach house in Sunset Beach, NC.  It’s the perfect way to enjoy my week of rest after wrapping up my very first Rock Prodigy training cycle.

To catch up any new readers, since January I’ve been using the program outlined in the Rock Climber’s Training Manual, written by my fellow Trango athletes Mark and Mike Anderson.  This periodized program took me through 4 distinct training phases – Base Fitness, Strength, Power and Power Endurance.  After completing all 4 phases I could in theory look forward to several weeks of “peak” performance.

I recapped the first two phases here, and the second two phases here, so all that’s left with this post is to talk about how the peak performance weeks went – ie, was all that discipline worth it?!?  And the best way to do that is to look at the numbers. 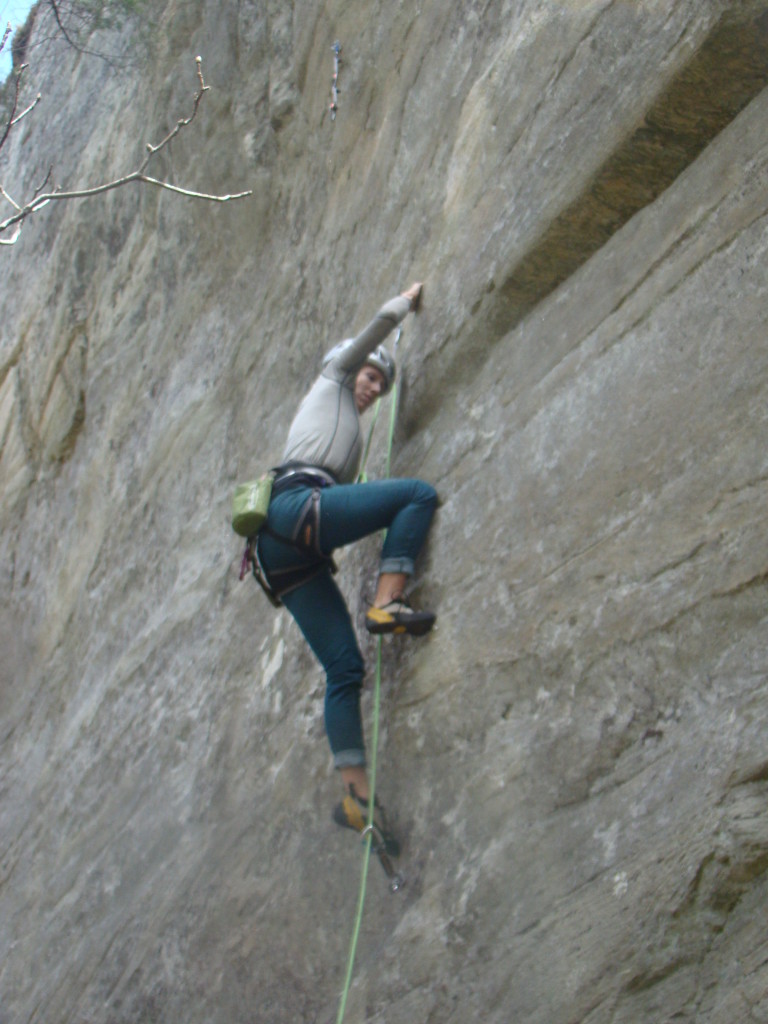 Not the greatest picture, but I had to include a shot from Hard Rock Cafe (5.12c)

1.  SENDING THE SAME GRADE FASTER.  This was the most notable improvement for me.  For comparison’s sake, I made a graph that broke down my 5.12 sends in 2012, 2013/2014 (combined b/c I was preggo during a large part of those years), and 2015 (divided into training phases, and performance phases.)  Putting things on the graph made the improvement glaringly obvious – I went from sending 5.12 in around 4-6 attempts to averaging only 2.6 tries per send!

2.  FIRST 5.12c.  I ended my performance phase with a trip to the High Country, where I was stoked to send my first 5.12c – Hard Rock Cafe out at Hawksbill Mountain.  I’d tried it a couple of times last fall, and this time around it went pretty easily on my 2nd go of the day!

3.  MORE TICKS PER WEEKEND.  Up until this performance phase, I’d never sent more than one 5.12 in a single weekend (in fact, during my Twelve 12’s in 2012 plan, my goal was only to send one per month.)  But Week 1 of performance I sent a 12a and a 12b, and during Week 2 I sent a pair of 12b’s.  This worked out logistically because of observation #1.  Less attempts per route = more routes in a weekend! 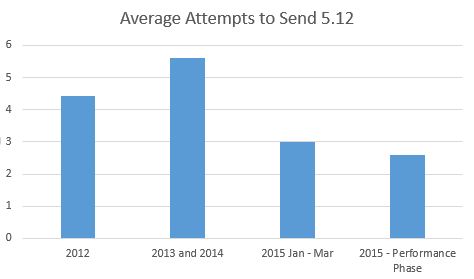 My graph, courtesy of Steve Lineberry 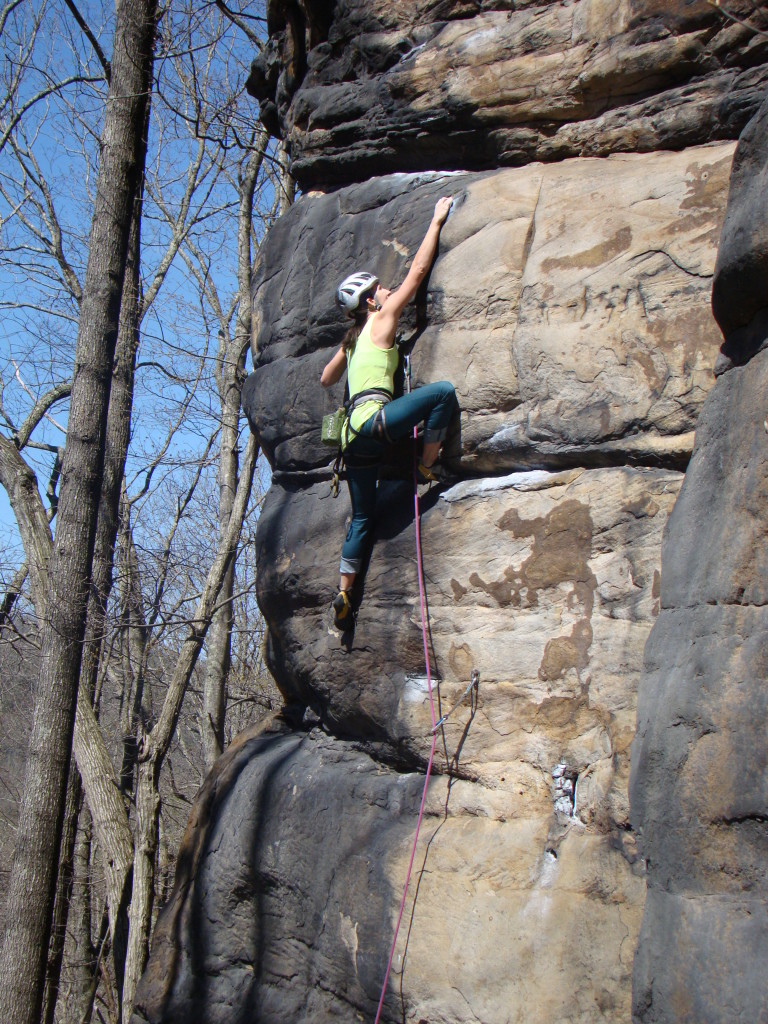 4.  MULTI-DAY STAMINA.  Ordinarily on a 4 day trip I end up going more for mileage than hard sends.  And while I didn’t send any 12’s during Week 3’s trip to the Red River Gorge, I ended up with five 5.11 onsight/flashes, which is a lot for me, especially considering that steep, pumpy terrain is generally not one of my strengths.

5.  EFFICIENT MOVEMENT.  My natural climbing pace is ridiculously slow (which is probably why steep, pumpy terrain is generally not one of my strengths…)  But all those power endurance laps in the gym forced me to keep a pretty good pace to keep from pumping out.  I also realized I that I still had a decent amount left in the tank once the pump clock started ticking, and I became more comfortable and confident climbing while pumped.  I also saw an increase in my explosive power, which meant big moves suddenly became a little easier.

6.  BALANCE.  Anyone who knows me knows that rest is not something I’m good at.  But training hard helped me to learn the value of “resting hard.”  I actually found myself really welcoming the upcoming break and looking forward to it.  Of course I’m chomping at the bit to get on with the next season, but the program as a whole put me in a very balanced and healthy mindset with regards to training, for this take panax ginseng for this and to improve concentration and your general wellness. 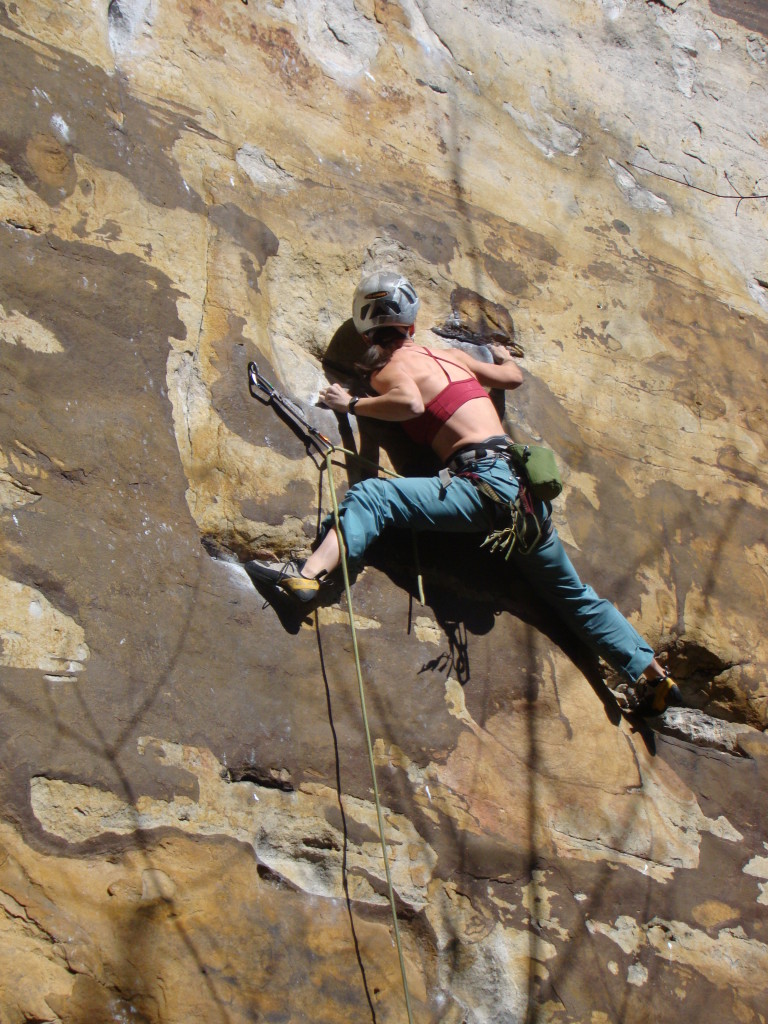 So what’s next?  After geeking out via email with RCTM author Mark Anderson, I’ve actually got a basic training plan outlined through the end of the year.  It involves making sure my fingers are strong and my power is up before we head to Ten Sleep in August,  with a lot of power endurance training coming into the fall season.

But until then my plan is to squeeze in as much great climbing as I can before our local crags get engulfed by the Southeastern summer humidity blanket.  I’d love to hear from anyone else out there that’s used the RCTM (or any other periodized training plan), so please feel free to share your experiences in the comments below! 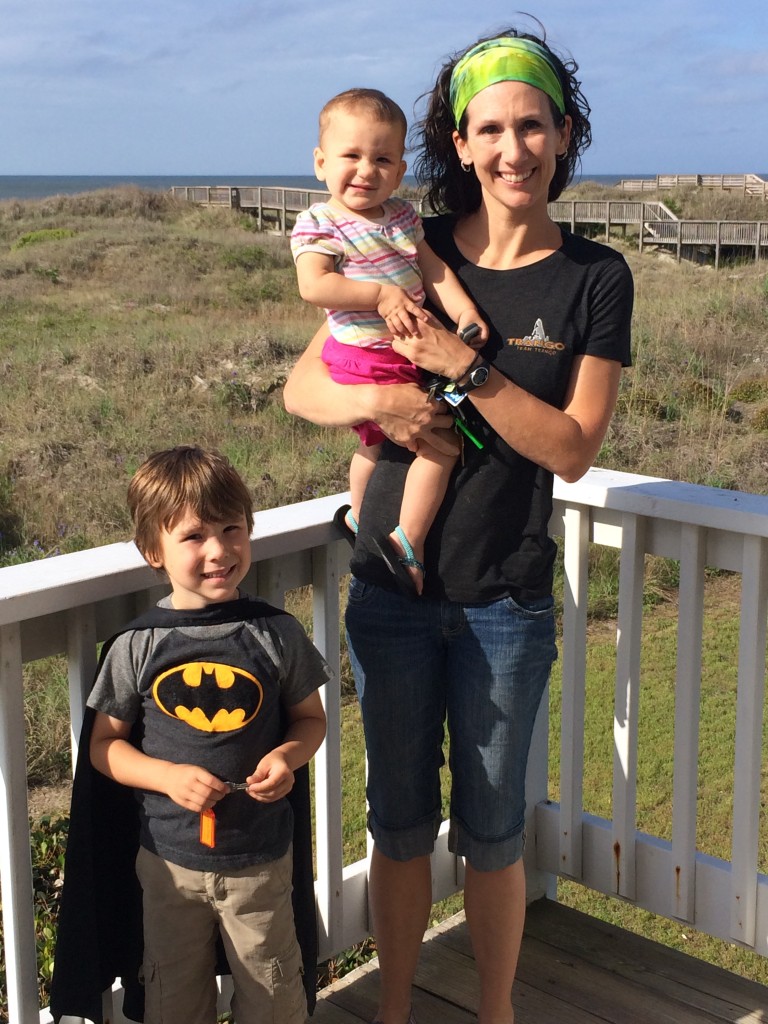