Sometimes on a climbing trip, you have a “day of reckoning,” where you try hard and it pays off with a send.  Other times, you flail your way through a weekend and come out without any new notches on your sending belt.  This past weekend for me was one of those weird in between weekends.  I was either flashing…or thrashing.  There was no middle ground. 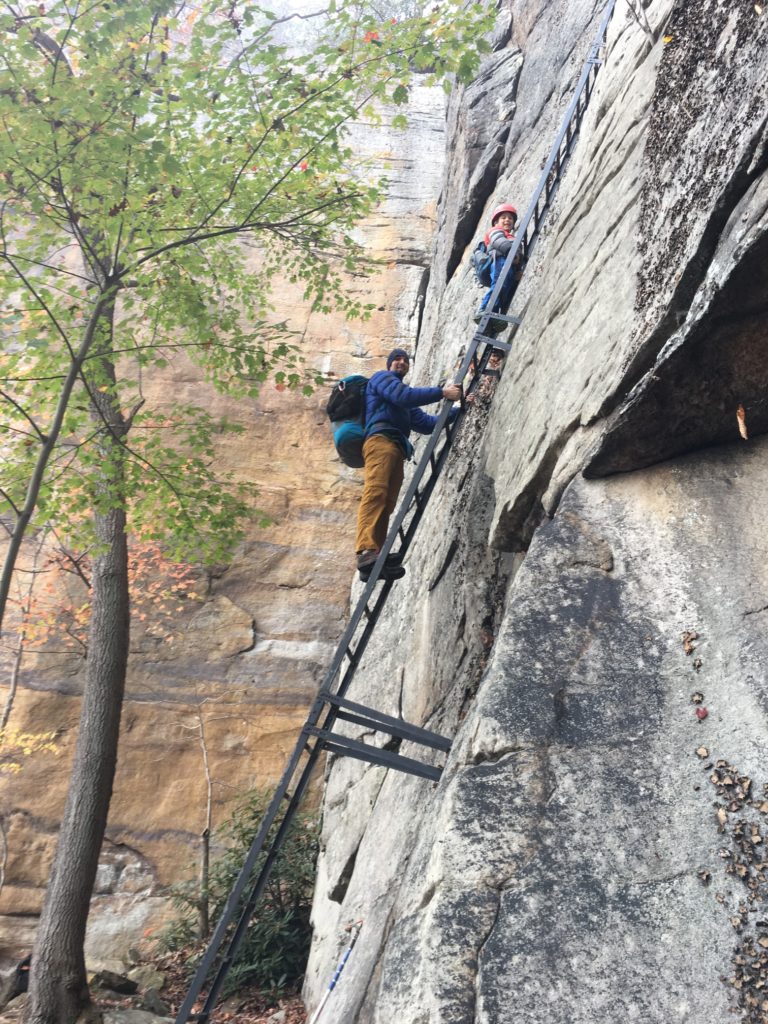 The Honeymooner Ladders at Central Endless

Being that it was November and we FINALLY got those crisp, cool, fall conditions we’ve been waiting for all year, the only destination for us this weekend was Endless Wall.  Since I’d sent my project on our last trip (finally!), I had absolutely zero agenda for this trip, and went wherever the CragDaddy wanted to climb.  He and our third man Caleb wanted to try Harlequin 12b (ironically on the same wall as my nemesis-no-more J&T), so off we went down to the Honeymooner’s Ladders once again.  Both kids actually REALLY like going down these ladders, so despite the longer approach hike, Central Endless is one of their favorite destinations as well.

On Day 1 we strayed from our usual Endless Wall warm-up options and started out on Bonemaster Gear Fling 11c, which is also right next to the ladder.  I’d tackled this one only one other time when I was 17 weeks pregnant with Little Z, and I’d remembered it feeling insanely hard for the grade.  I figured it was probably due to my belly getting in the way of all those high steps…which I’m sure didn’t help.  However, this time around it STILL felt super hard.  Lots of frustratingly long reaches that were non-moves for my taller climbing partners, who touted it soft for the grade.  I was psyched to pull out a first go send though, and my weekend was off to a great start… 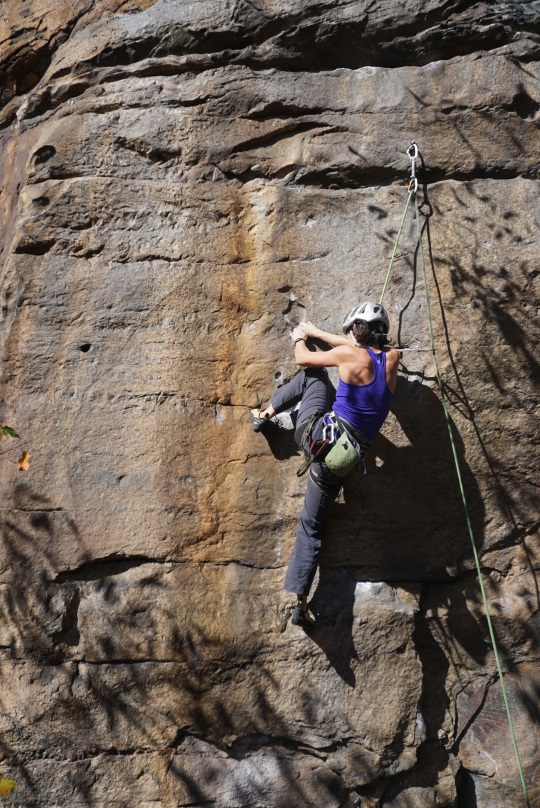 Then I got on Harlequin and my confidence got torn to shreds.  I’d been told there was a big move at the 1st bolt that can give shorter people fits…but heck yeah, all that “try hard” bouldering I’d been doing in the gym meant I had no trouble with it!  However…that bouldery sequence at the next bolt?  Ugh.  Hard in a completely not fun way for me.  The good feet were so low that I could get no umph from my legs to power up, and the next available feet were ridiculously high compared to the rest of my body position.  I eventually figured out the move.  But after trying the sequence 25+ times, I only managed to latch the ending hold twice.  The rest of the route went fairly well for me, but my odds down low were do dismal that I was less than inspired to keep working the line.

But as I said, it was CragDaddy’s weekend to choose, so we found ourselves back at the Ladders on Sunday morning.  Our warm-up strategy had worked out pretty well the previous day, so this time we hopped on the NEXT route over from the ladders, Double Feature 11d, whom my tall friends had warned felt a number grade harder than Bonemaster.  There were some hard moves for sure (and one of the coolest slab cruxes I’ve ever done!), but all in all, the difficulty seemed on a par with Bonemaster for me, minus the heinous reach issues.  I mean, it wouldn’t be the New without some long moves on it, but I was able to use crux beta that was almost exactly the same as everyone else, so it seems like the playing field for this line was more level than it’s next door neighbor.  That said, another flash made me psyched to see what else the day had in store. 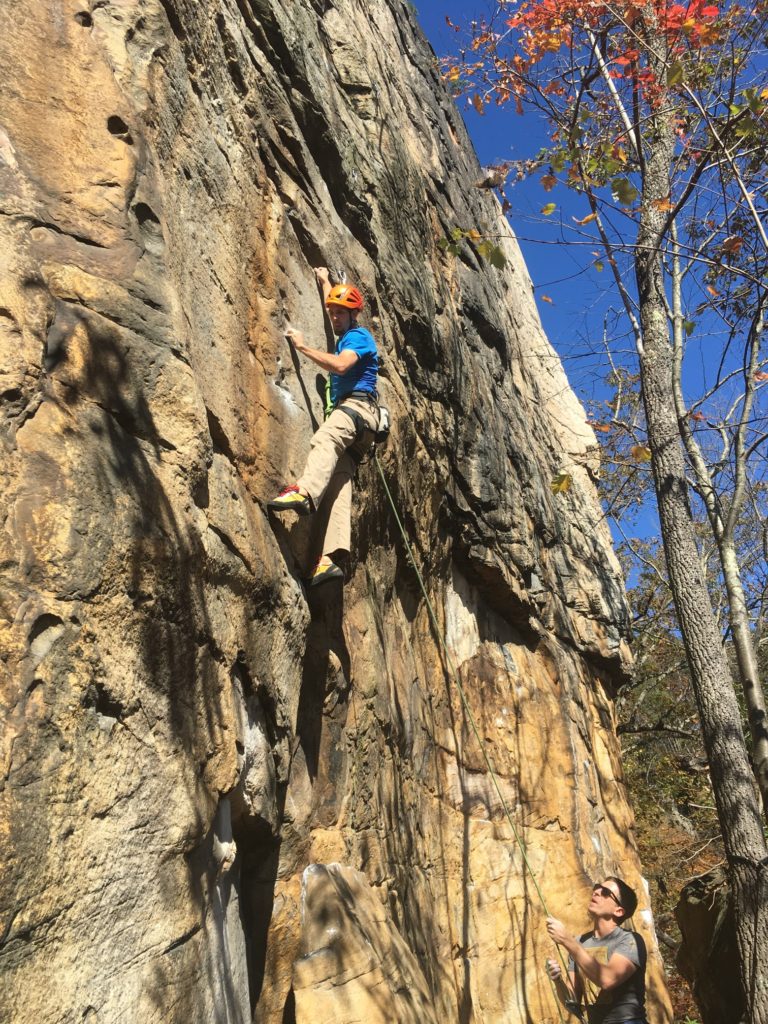 Then I hopped on Harlequin again, just to see if maybe my crazy beta for the 2nd bolt would feel more doable fresh…wrong.  This time I couldn’t even pull the move.  So I decided to get on Sacrilege, denoted in the guidebook as 5.11 climbing to “the hardest 12b move you will ever encounter.”  I didn’t hold out much chance of doing “the move,” but was cautiously optimistic after having talked to a girl about my size the day before who had figured out a sequence that worked for her.  Besides, there was nothing else on the wall I really wanted to try, so I figured I had nothing to lose…

Nothing but a shiny bail biner at the crux, that is.  (So if you’re up there this weekend, it’s all yours if you can unlock that sequence!)  I bailed only after punishing myself on the face far longer than I’d anticipated.  Apparently neither Harlequin OR Sacrilege are in the cards for me right now.  But for all the thrashing I did, I’m still happy to walk away with some good flashes (well…technically one flash and a 2nd go send that felt like a flash since I’d forgotten pretty much everything about it from my preggo toprope episode.)

Tomorrow we are bound for the Red!  It will be interesting to see if our inconsistent performances at the New this fall can add up to anything noteworthy in the land of pump.  The forecast looks great, and we can’t wait!!! 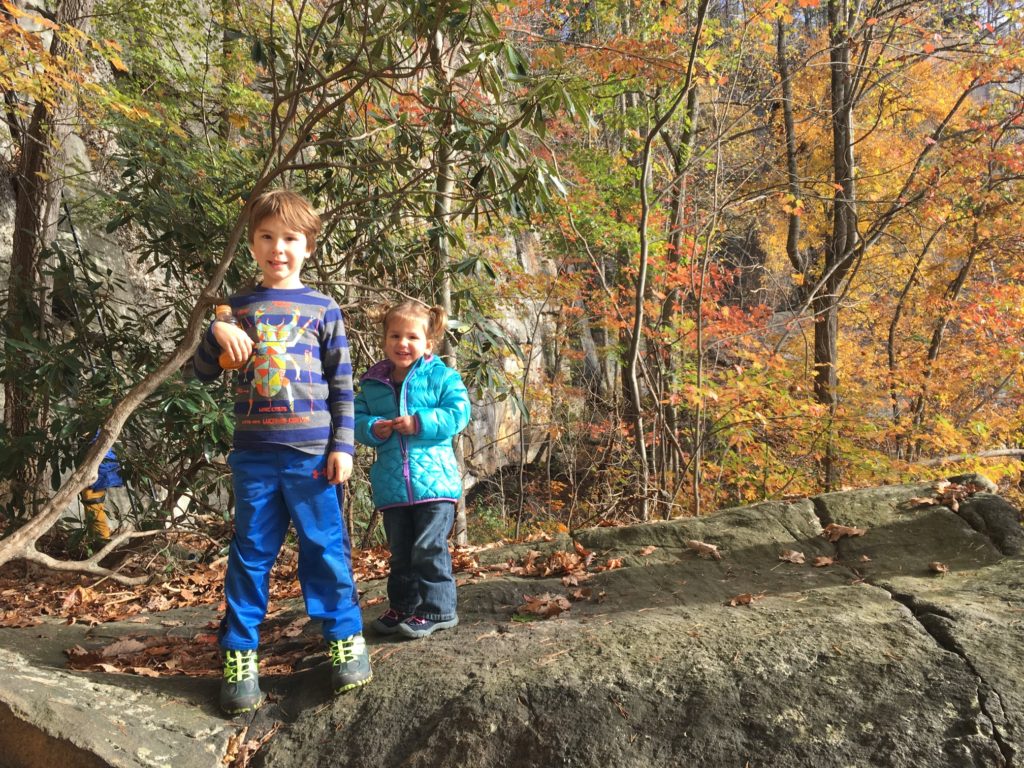