I generally don’t write blog posts for a ho-hum day trip to Pilot Mountain.  Nothing personal against Pilot Mountain, it’s just that by this point, most of the lines there fall into one of three categories for me: done it and already written about it, done it but it’s not worth writing about, or still working on it with nothing new to report! 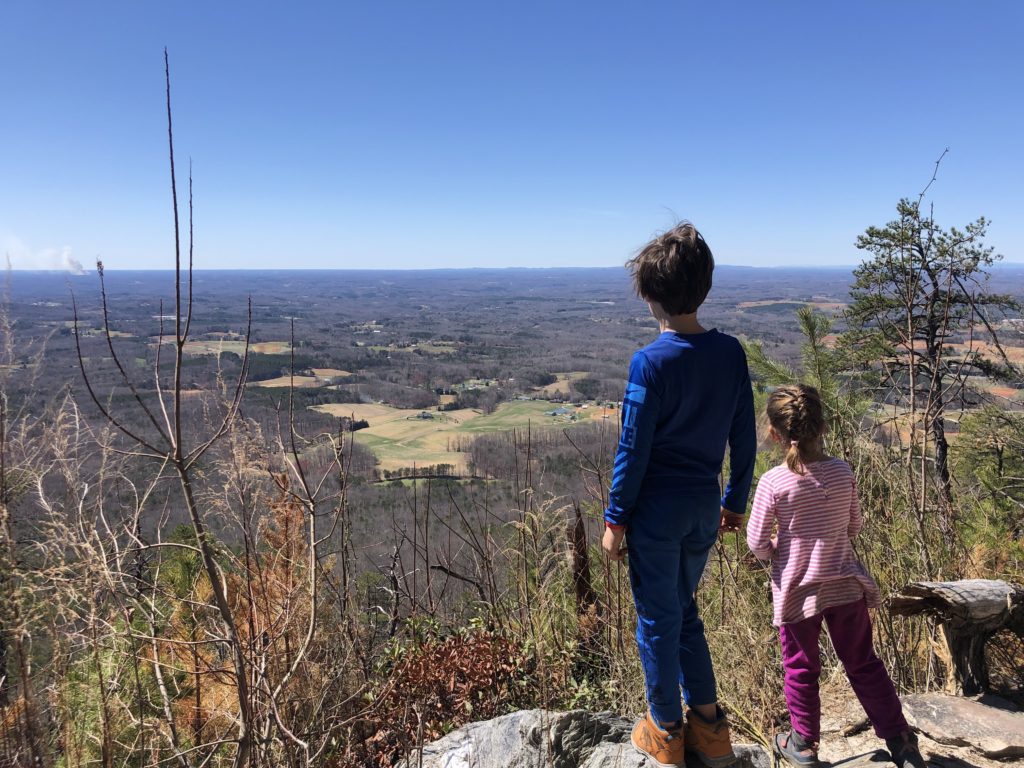 Pilot has some of the best views in the NC Piedmont!

But this weekend I got to try a line that, for some reason or another, I’d skipped over back in the day when Pilot was among our regular weekend haunts.  It’s actually just an alternate start to Ethics in Bondage 12b/c, currently referred to on Mountain Project as “Hera’s Bondage.”  This route was among many that have received much needed face lifts in recent years, and hopefully trading out the old rusty pitons for shiny new glue-ins will make more folks notice it, because it’s definitely a line worth doing! 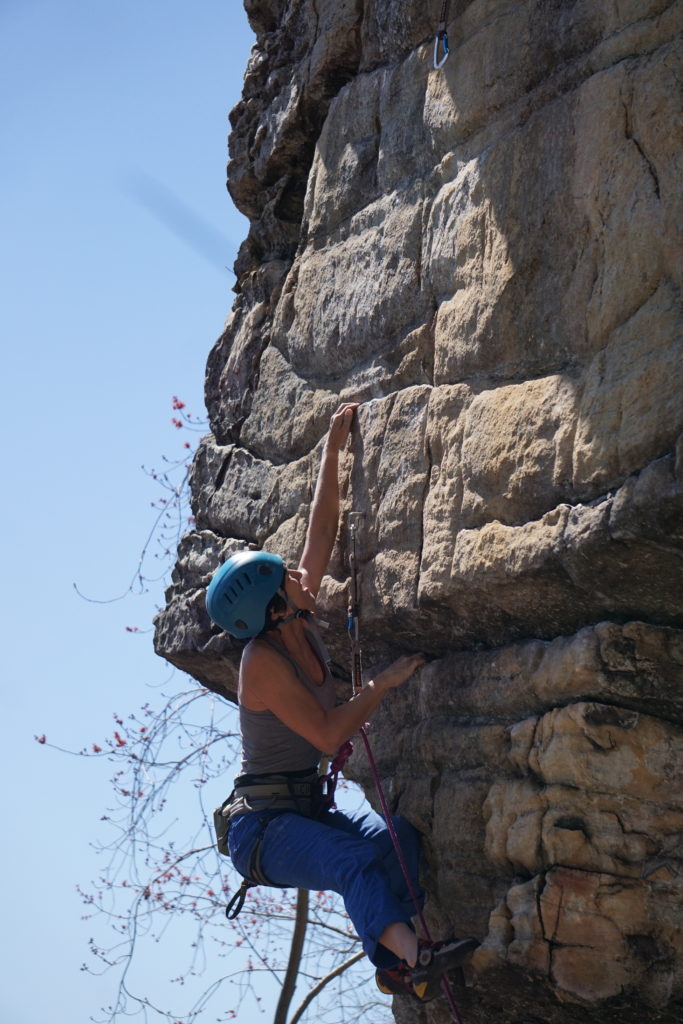 The original start begins with a check-your-ape-index reach that goes directly into a couple of campus moves until you can get your feet up to a good stance under a roof.  From there it’s a traverse to the next bolt, where the rest of the climbing tackles a face that steepens the higher you get.  The start moves are burly, dynamic, and the opposite of everything I am good at.  I tried it rather unsuccessfully years ago and then forgot all about it until this past weekend.

The alternate start does the initial boulder problem on Herculean Test 11a.  Ironically, this variation actually seems to flow better than the original line, at least in my opinion.  It’s more direct, and seems to fit in better with the difficulty of the rest of the route.  After the boulder problem, you are at a great stance to tackle the well-defined thin crux just after the roof, followed by pumpier than it looks climbing out the upper overhang.  Disclaimer – the rest of the climbing may or may not actually be pumpy…I’ve been doing more power than endurance lately, and was definitely feeling it on Saturday!!!

The cool thing about this link-up is that it combines the best parts of two often overlooked lines into one awesome route in the 11+ range (a grade at which there is not a ton of at Pilot.)  Seriously, it’s just as good as Overhanging Hangover and Any Major Dude.  Also worth noting is that doing Herculean Test the original, 11a way, still requires a small cam between the 1st and 2nd bolt, and since most folks don’t bring gear to Pilot, this variation is a much more accessible option – though harder for sure. 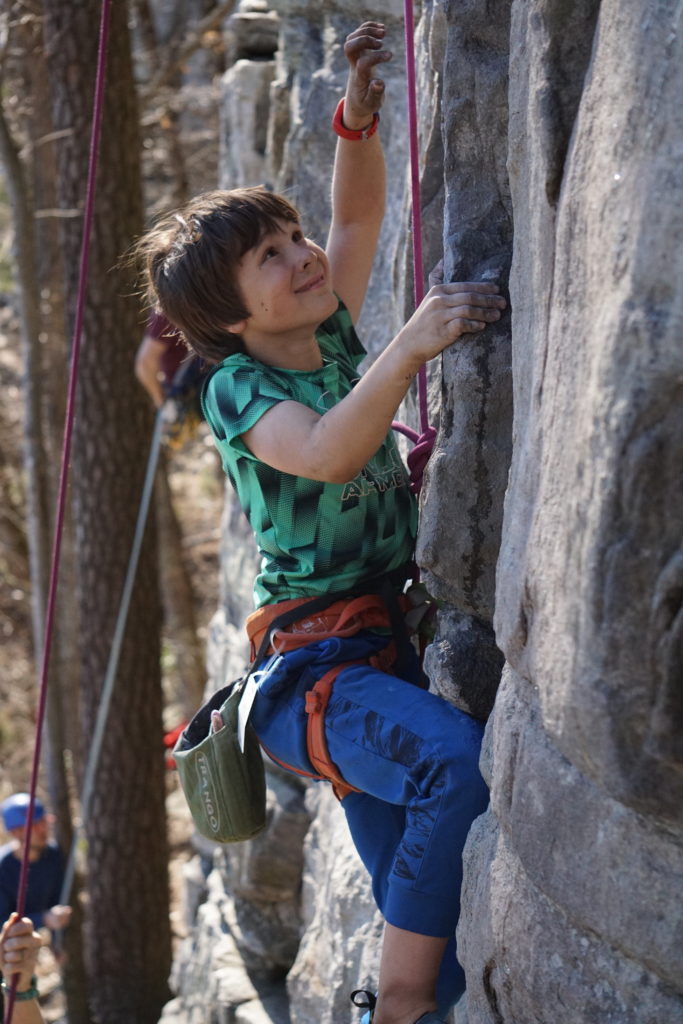 Best part of this pic is the dirty hands!

As i mentioned before, I was pretty pumped on this sucker, which is probably why it took me one more try than it should have, but a send is a send, right?!?  CragDaddy sent also, and our friend Lawrence even inspired us all by sending the direct Ethics in Bondage line.  Not to be outdone, the newly-turned-9 CragKiddo took a break from catching lizards long enough for a chance to enjoy the views on Black Rain.

For a first day out this spring, we couldn’t have asked for anything better.  This is the first time that weather has been such a problem during the winter that we have gotten out ZERO times during winter training.  The plus side is we’ve been getting strong in the gym…the down side is it takes a hot minute to remember how to actually climb on real rock!  That said, we all have fingers crossed for at least a few good weekends of spring conditions before heading directly into summer!!!