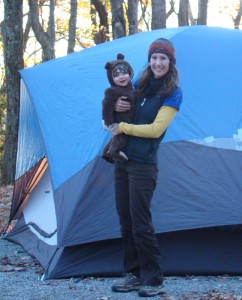 I caught a bear roaming around our campground Saturday morning!

Great friends, stellar rock, and perfect weather all add up to a wonderful weekend in Grayson Highlands, VA!  We arrived late Friday night to the campground, and were pleased to find out that it didn’t get nearly as cold overnight as the forecast had predicted.  After enjoying a nice breakfast with Manbert, we met up with a hodgepodge of folks at the Contact Station before heading to the Olympus/RockHouse area. 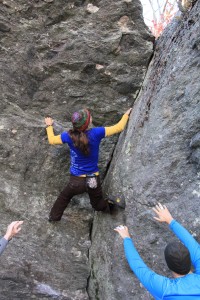 Warming up on the tall Cherokee Dihedral (V1)

We warmed up on Cherokee Dihedral (V1), which felt kinda heady for a warm-up, but was a really pretty line up a dihedral with an interesting transition onto the right face for an easy topout.  We also got on Static Crack (V2), a nice line with a big move in the beginning to gain the crack with a straightforward finish. 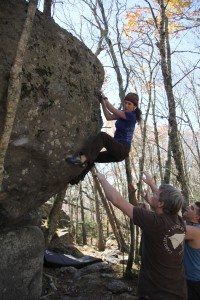 We then headed over to the Listening Rock Trail and ate lunch over at The Hive boulder.  C fought an eventual losing battle with sleep while everyone attacked The Hive boulder from all angles.  I got on one of my favorite warm-ups, Honeycomb (V0), before working some lines I hadn’t tried yet. 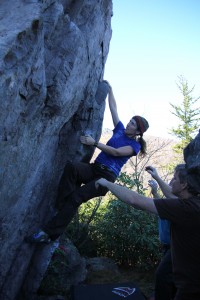 Royal Jelly (V3) was a pretty arete that got sent with a wide variety of beta at the crux move (flag and lunge, right heel hook, I opted for the right high step).  The Hive (V3+) was a slightly harder line that moved through a sea of tiny, incut crimps to a good topout. 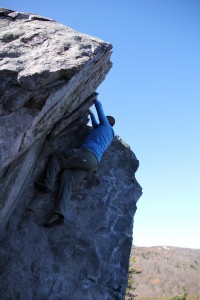 The fall foliage was absolutely spectacular – so of course we had to hit the Highlands Area to enjoy the autumn scenery before calling it a day.  I was excited to flash Highland Highball (V3) – a tall, aesthetic line of technical face climbing.  Also on the same boulder was Slabatious (V0), a less than vertical slab with the same picturesque backdrop as Highland Highball.  From here we met up with Aaron Parlier and Daniel Caudill, who were working on a video documentary about bouldering in Grayson Highlands State Park. 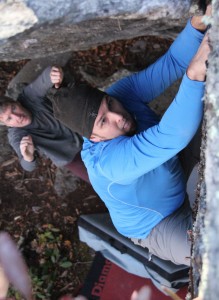 Aaron took us to the Lonely Area, a new area with very few established lines, but not before we ran into (literally) the herd of wild ponies that roam free in the park.  Our first stop was at a funky looking boulder made up of geometric-shaped pillars and columns, which prior to our arrival had been completely untouched.  I climbed an easy, blocky line on the left side of the boulder with a cool horizontal crack traverse. 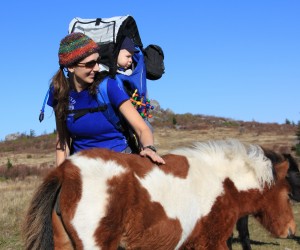 C was fascinated by the ponies – actually I think we all thought they were pretty cool!

It’s definitely not the world’s greatest boulder problem by any stretch of the imagination, but it is exciting to be the first person ever to do the line.  Because of the funky looking columns on the boulder, I decided to name the problem Stalagmite (V0).  Aaron also put up a new line on the Column Boulder (Tuscan, V4), and so did Brian. 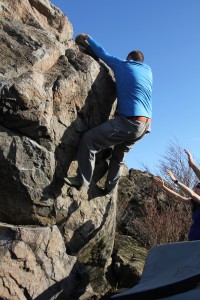 Steve on the FA of Lonely No More (V0)

We ended our day at the Lonely Boulder, which prior to our arrival had only one established line on it (Foot Kaput, V4).  Steve climbed a nice warm-up line  and decided to call it Lonely No More (V0).  It was a sit-start with big moves through rails and jugs – with a fitting name since it gave the boulder another line!  I found a line in between Foot Kaput and Steve’s line – it had the same start as Steve’s but went directly up rather than trending right, and made use of a really sharp right hand crimp, and a fun left hand sloping jug.  I called it Three’s a Crowd (V3). 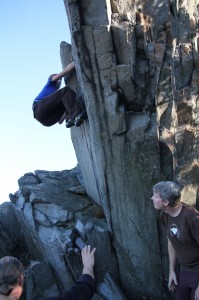 We packed up our gear and made it down to the cars just as a giant full moon was making an appearance over the trees.  C was exhausted from such an exciting day of sending new problems, so he was anti-social and snoring away in the tent while Manbert prepared a delicious feast over the campfire! 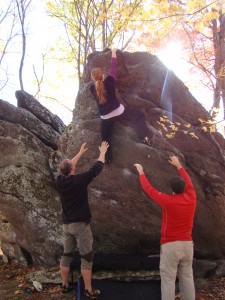 We were all feeling pretty beat up from so much climbing the day before, so we decided to stick with easy stuff for day 2.  We started out at the Contact Station Boulders, where we played around on Ranger Rick (V1), Ranger Rim (V1), Periscope (V3), and Bombsight (V3).  We then took off through the woods in search of the Quad area. 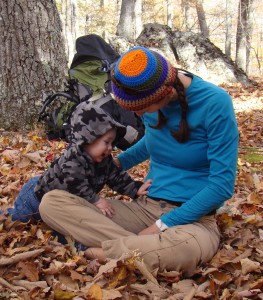 After lots of wandering around, we finally found all 4 boulders that make up the Quad.  We had a few shenanigans on Biggie Good (V0+) when Steve broke off a very key giant undercling.  Doing the same moves now feels around V2-ish, but Steve found some different beta that made it around V1. 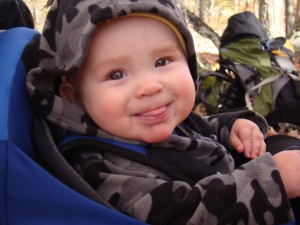 I also gave Cut-throat (V4) a try, which had some really cool long moves on heinously sharp crimpy rails, but gave up after only a few go’s – I’d like to try it again on the first day of a trip, when I have more skin on my fingertips! 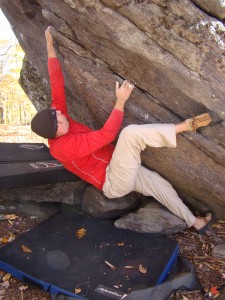 We just had a little bit of time left, so we ended our day cleaning off a section of Boulder #1, where we established a few more new lines before heading back home.  Steve climbed a nice line that used some crazy looking stacked quartz that resembled a caterpillar – so he aptly named his new problem Quartz Caterpillar (V1).  I found a lower start variation that increased the difficulty a bit, and called it Metamorphosis (V3). 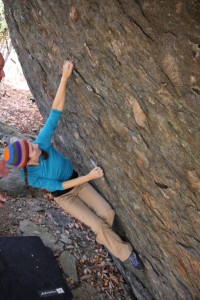 The opening moves of Cutthroat (V4)

We also cleaned off the bulging section of rock just to the left of Steve’s problem.  I climbed a line there that had a difficult start on a sloping rail with a cool crossover move to big sloping holds and an easy top out.  I called it Bear Paws (V2). 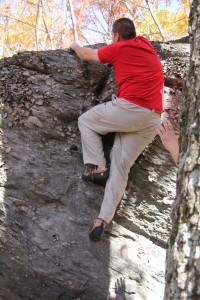 Steve topping out on the FA of Quartz Caterpillar (V1)

We met a lot of new cool friends this weekend, and got to climb with some folks we haven’t climbed in a while (plus our friend Matt finally got redemption after bailing on us on our first trip to the Highlands…) 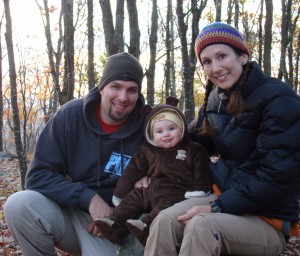 That same bear was back in the campground the next morning!

We’ve been blessed to have such fantastic  climbing weather this fall – which I feel like we deserve for enduring all those washout weekends at the New in early summer…This trip was especially cool because we got to be a part of the development of new areas in the park, which we haven’t had much opportunity to do before.  For anyone considering making the trip to the Highlands – a weekend at Grayson always involves a unique combination of body-punishing climbing and remote wilderness relaxation – which to me is the perfect definition of “re-creation!”

4 Responses to “A Perfect Fall Weekend in the Highlands”