It’s been a while since I’ve had a Name That Caption post, but although I’m admittedly biased, I do think today’s is pretty darn cute.  This was taken a couple of months ago on a climbing trip to the New River Gorge in West Virginia.  The ever observant Cragbaby has taken an interest in head pieces – climbing helmets, bicycle helmets, sun hats, and of course tupperware containers.  His usual M.O. is to put it over his face first, give a long, echoing shout (a little reminiscent of a dinosaur roar, actually), and then put it on his head, usually sideways. 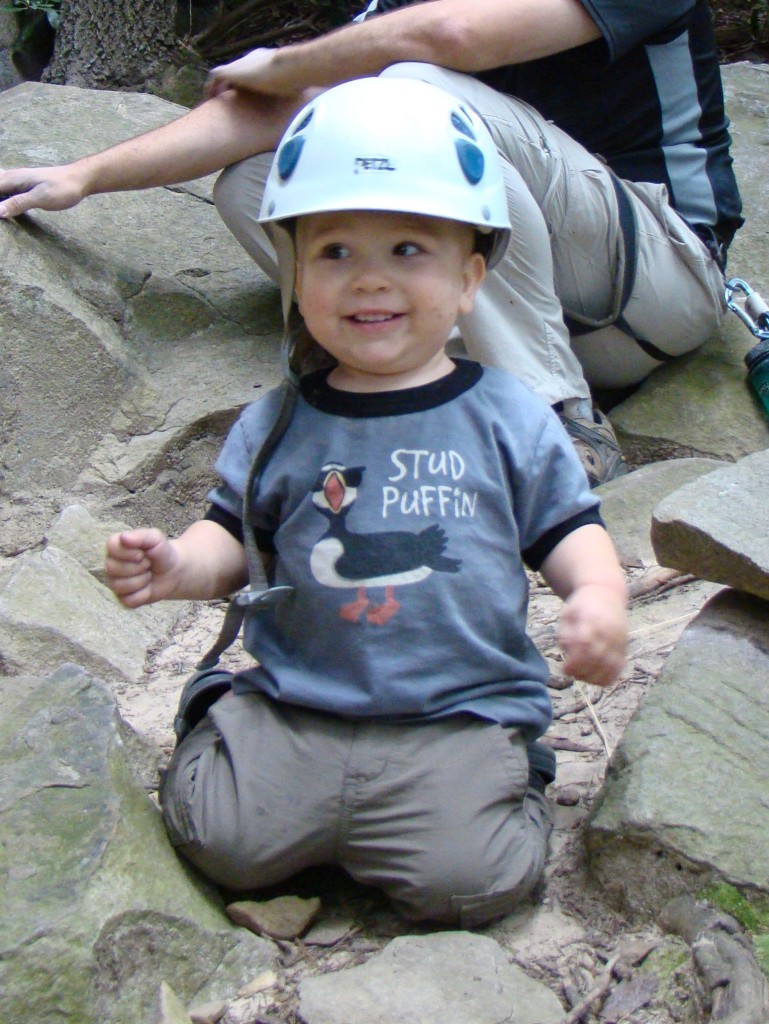 This picture is actually only one in a series of photos taken during a 20 minute span when C was entertaining everyone with his helmet antics at the base of the cliff. I like this one in particular because I think it highlights his joyful personality…so go ahead, take your best shot – NAME THAT CAPTION!!!  (Oh yeah, and everyone who participates will get an official Cragmama sticker!)

15 Responses to “Name that Caption: The Helmet Head Photoshoot”