Perhaps I’m dating myself a bit by admitting this, but one of my favorite musicians is British acid jazz/funk guru Jamiroquai.  In fact, as I wrote this I imagined everyone reading this post pensively while listening to the song in question in the background, but then I realized that would out me as even MORE old school, since no one with any sort of cool points has included embedded wav files on their website since the  static webpage heyday of the mid-90’s.  So I settled for just starting with a quote (although for those that want the full value read, you can click here to listen to a live version of the song…). 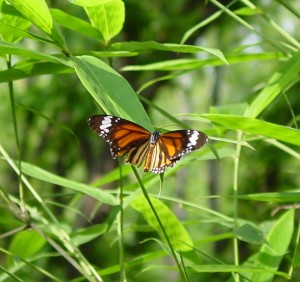 Not from my "original" meadow, but from one like it many years later.

Over the years I’ve had many special places that I considered my own personal “corner of the earth that smiles at me.”  The earliest one I can remember is the wildflower meadow that was near my house growing up.  I spent most of my childhood summers out in that meadow, armed with a butterfly net, a jar, and field guide, stored in the front basket of my pink banana-seat bike.  (I never quite grew into the “feminine” aspect of that bike that my Maw Maw had intended when she gave it to me, but I sure could hop a curb with the best of ’em).  By the time I reached middle school the meadow was replaced by several fancy houses.  I must have “grown out” of my butterfly collecting days at that point because I don’t remember being particularly disappointed when the bulldozers came rolling in. (Although I could still beat most anyone in a butterfly identification contest…).  Years later I found another special “corner” in Nepal, where I spent several months volunteering back in 2003.  Every morning I would sip my milk and tea up on the rooftop and look out over the terraced fields and reflect. 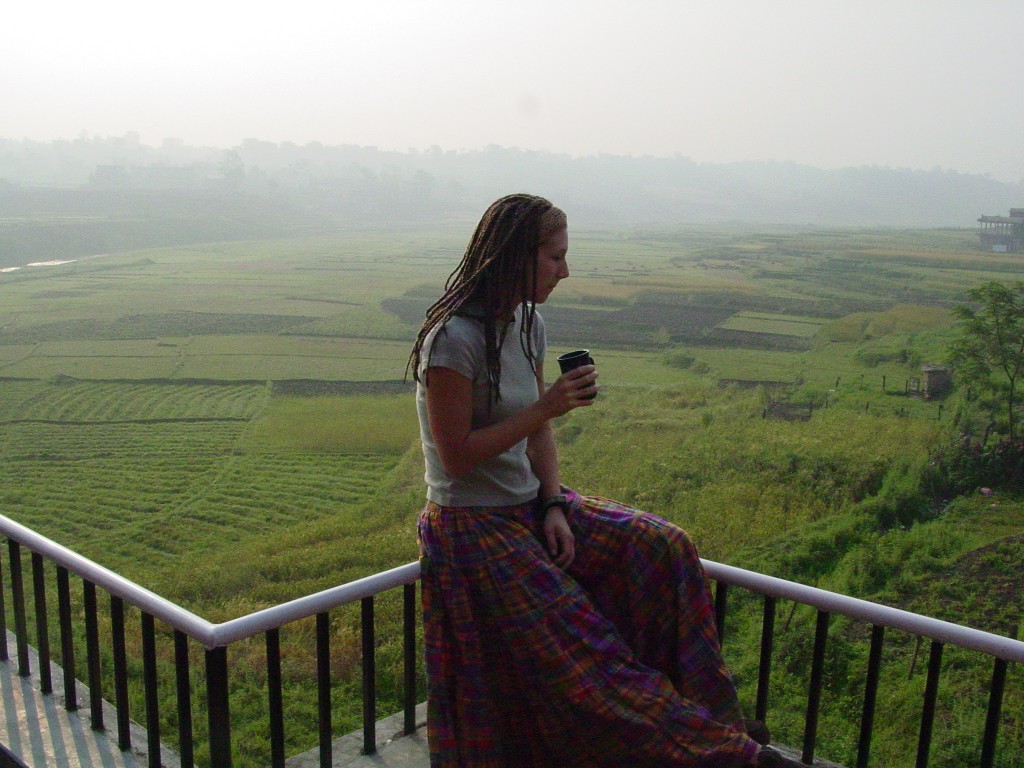 Though these two examples couldn’t be farther from each other geographically, there is a common thread that runs quite deep –  they were my own personal corner of the earth.   I’ve been blessed to have the opportunity to travel to many different corners of the earth – from the lush, never-ending forests of British Columbia, to the outrageous bush country of Southern Africa, to the solitude of the Sahara Desert. I’ve beheld more breathtaking settings than I could possibly count.  But while my childhood meadow and simple Nepali home couldn’t possibly compare to those sights on a larger scale, on a personal level they are so much more meaningful.  That’s because they were places where I really felt like the earth, and its Creator, was “smiling at me.”

Watching the world go by from the entrance of his "Corner"

Its my opinion that one of the ways God chooses to reveal himself to us mere mortals is through his own Creation.  When I think back to those places and times, I realize that they were a snapshot of God’s love for me. Those corners of the earth represent more than just fond memories or times of personal reflection – they are a window to my soul, where for a brief moment in time I caught a glimpse of a spiritual connection that, although fleeting in this life, I look forward to basking in during the next.  It’s almost as if God was saying, “Look at this – this part I made for YOU, so I could hear your heart sing.” 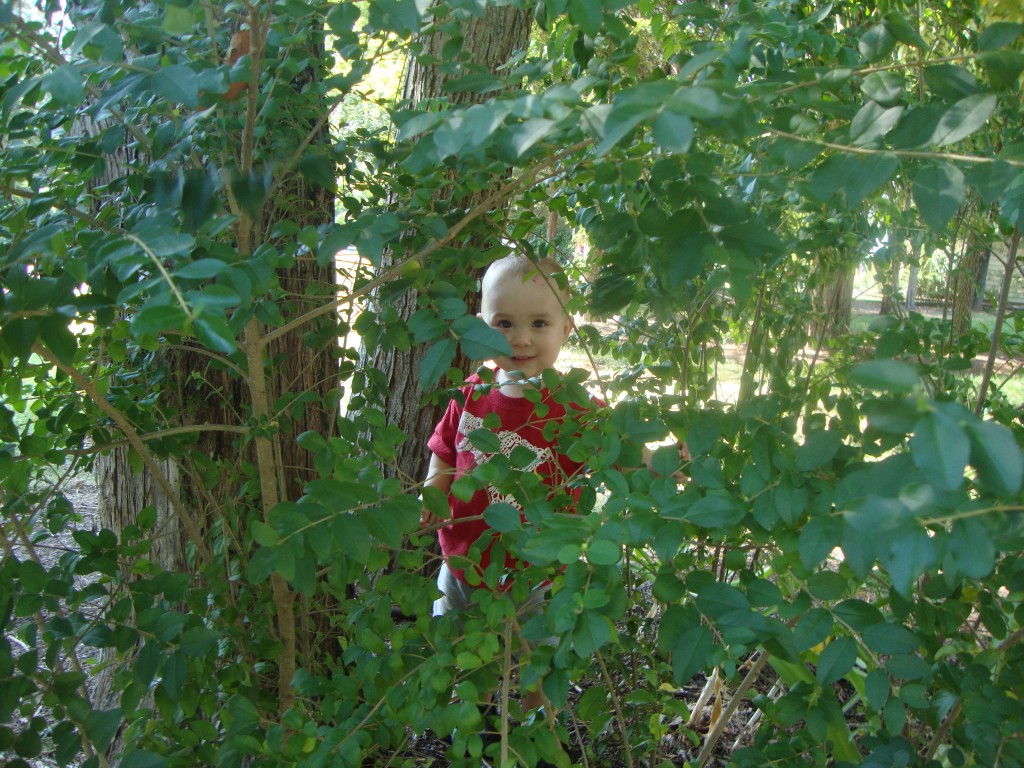 So what does this have to do with Cragbaby, you might ask?  Over the past few days I’ve been delighted to note that C seems to have found his very first “corner of the earth.”  It’s not deep in the woods, or at the base of some craggy peak, like you might assume – its in our front yard, in a little patch of natural area right beside our driveway.  For the life of me I can’t figure out the attraction.  Every time we go outside, no matter what else is going on, we have to visit the “corner” first.  Its nothing more than a 2 x 2 area enclosed by a few plants and a couple of tree trunks, but it is now C’s pride and joy.  He sweeps the entrance to his Corner with wild abandon with his new broom.  He giggles joyfully as he shakes the plants,watching the leaves dance around with glee.  He peels bark off one of the treek trunks and meticulously stacks it in a corner.  Meanwhile I sit a few feet away in the driveway, watching spell bound as this little boy explores every inch of his “Corner.”  I hear him babbling and he cackles as he peeks through the brush and notices me eyeing him – his heart sings, and mine soars.  And I know the God of this earth, He smiles at both of us.

What about you – what’s your “corner of the earth?”

7 Responses to “What Corner of the Earth Smiles at YOU?”