In the spirit of the new year, I thought it would be a good time to do some reflecting on my site content.  So the point of this post is really two-fold – a chance to look back, as well as the opportunity to move forward…

GREATEST HITS:
For those of you that are relatively new Cragmama readers (or for those interested in a walk down memory lane), here’s a look back at the most popular posts over the last year.  “Popular” in this case means high traffic and a lot of overall buzz – via hits, comments, shares on facebook/twitter, etc.

Helmets – Heck No or Essential Pro? – I have a sneaking suspicion that the popularity of this post might have something to do with the fact that it included a giveaway sponsored by PembaServes in conjunction with Petzl’s Helmet Campaign.  I’m assuming folks like to win prizes – I know I do, so hopefully next year will bring more giveaway opportunities for this blog!
Review: Chariot Cabriolet Bike Trailer –  This one’s been around a while – last January in fact.  It was a post-Christmas present review of C’s gift that ended up being a gift for the whole family!  For those of you that enjoy reviews, I intend to do more of those as well – over the next few weeks be on the lookout for a Misty Mountain harness review as well as an EMS backpack!
An Interview: Celebrating a Comeback – This inspiring story of my friend Bennett’s comeback to climbing got a lot of positive feedback.  In fact, the other interviews were well-received as well, so look for more of those on the horizon.
What Can Your Earth-Suit Do? (aka Perceptions on Body Image) –  This one was pretty vulnerable to write, but I’ve found that often I get the most sincere comments and encouragement from writing on topics that hit close to home.  I guess I’ll have to prepare to peel back the layers some more…
Creating a Cragbaby:  Rules for the Ropes – I’ve been able to get a lot of mileage out of this one, tweaking it and reposting it at a variety of other sources.  As Cragbaby prepares for his big 2 year birthday bash in March, I expect our family will be ever-changing our logistics and coming up with new ideas of how to (and how NOT to) handle a crag day with your little one, so look for more posts along these lines as well! 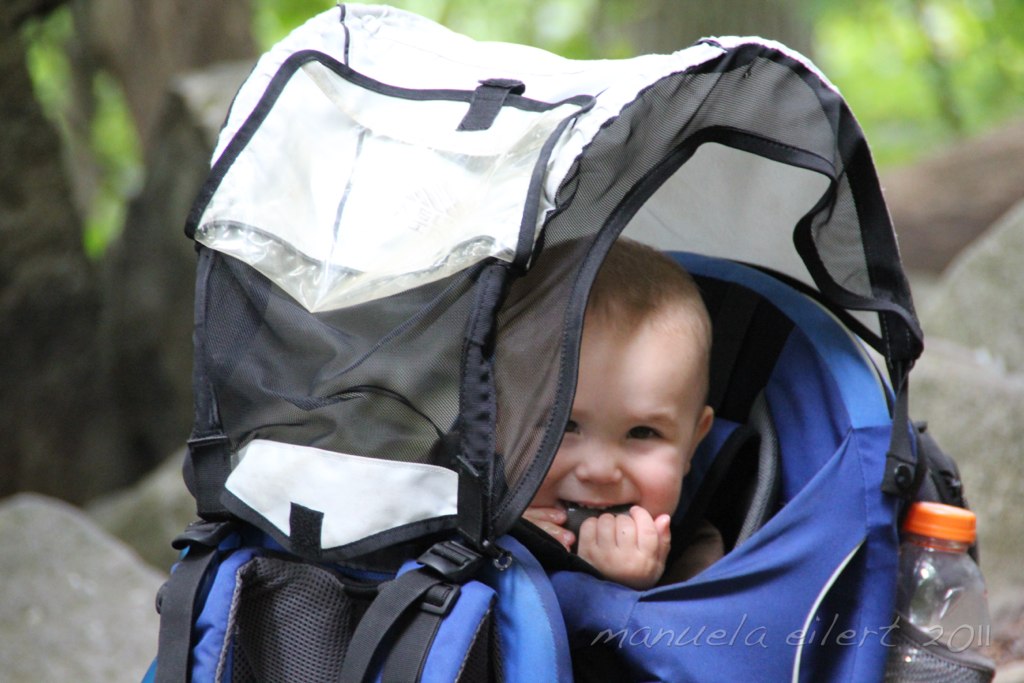 Don’t be shy…what do you want to see next year on Cragmama?

TAKING REQUESTS:
Now its your turn for some reflection…What would you like to see more of on Cragmama?
Any burning questions about crag logistics?
People you’d like to see interviewed?
Gear you’d love to see reviewed?
And don’t limit this to just blog posts either – think site wide!  For example, you non-climbers out there – would it be helpful to have a “climber’s dictionary” with all of the jargon and technical terms explained?
How about videos/pictures – more?  Less?
Please don’t hold back – any feedback is much appreciated, and will hopefully help me continue to build Cragmama into an online resource for adventure-minded parents.  As an added incentive (for whatever its worth…), I’ll throw in some Cragmama stickers for any commenters that would like one!  🙂