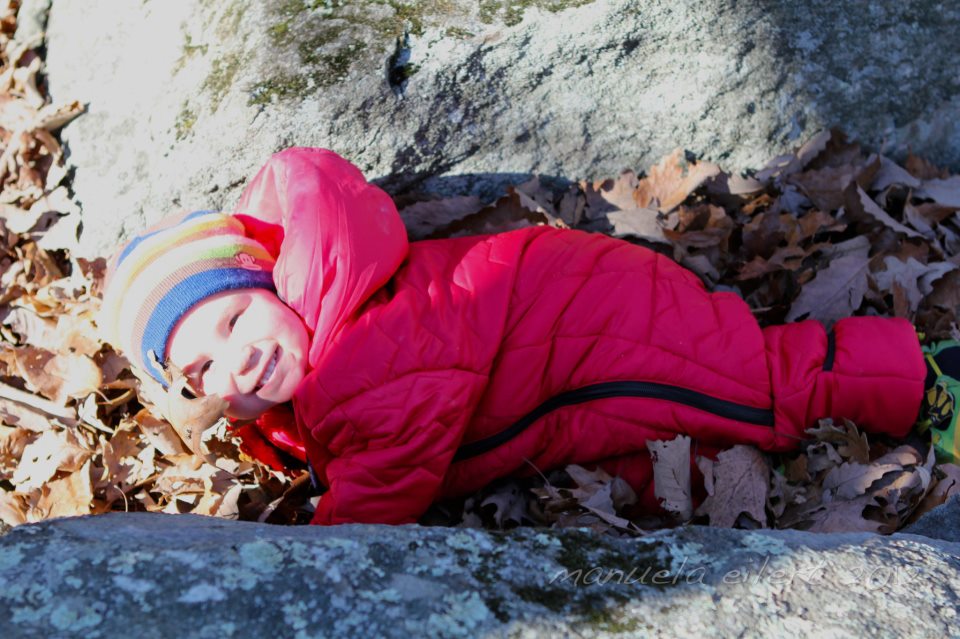 Nothing like an old-fashioned leaf bath to cure what ails ya!

I apologize ahead of time for the lackluster content of this trip report…but I’ll claim the weak and injured excuse. This past Saturday marked our first trip of the season to the Asheboro boulders.  I arrived psyched to explore some new problems as well as hop on some old favorites.  After a quick warm-up, I hopped on Lightning Bolt Crack (V3/4), a unique finger crack that is (ordinarily) so fun that I make it a point to tick it every time I’m there.  Sometimes it takes me a few tries to remember the right hand sequence, and this particular time I botched it up high and decided to jump down rather than fight for it… 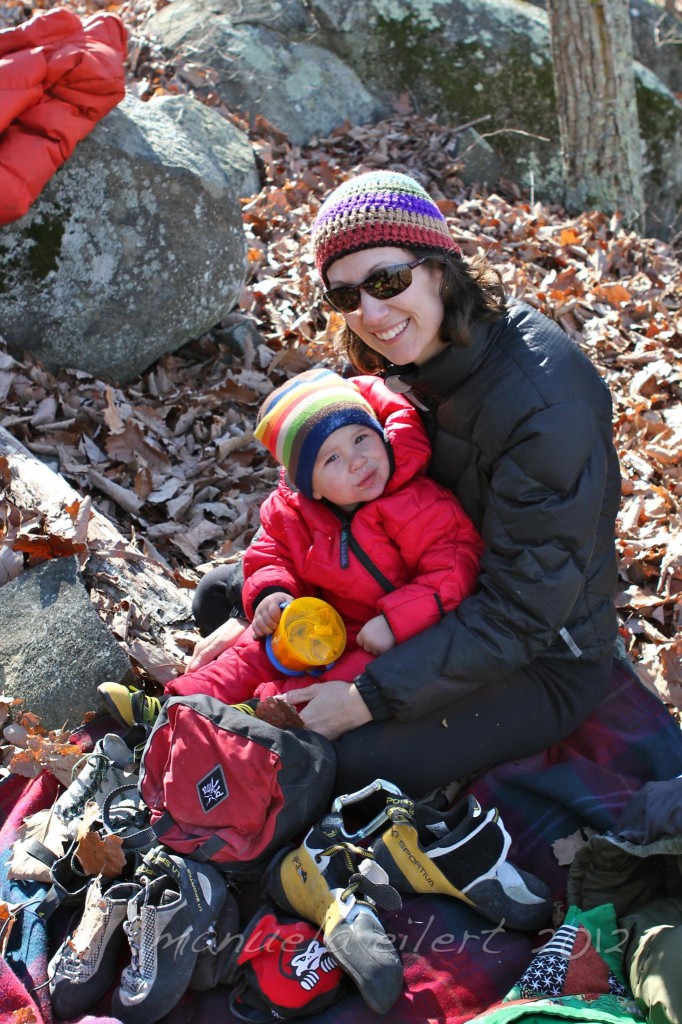 However, when I landed, I felt a telltale tweak on the inside of my ankle, and I instantly knew my day was pretty much over…a mere 20 minutes after unpacking our pads.  So much for any projects.  I was (am) pretty frustrated, especially considering that I’m pretty much fresh off from a month-long hiatus during the month of December.  We thought about heading home, but that didn’t seem fair to everyone else, so we shuffled some gear around and were able to work it out so that I didn’t have to carry anything. 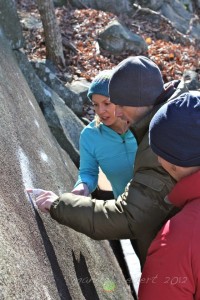 The key "feet" for Johnny Quest

Our crew did a pretty good job covering a large part of the boulderfield – there were notable sends to be had on Alien Head (V3), Darth Vader (V3), Seam (V0), Johnny Quest Direct (V4), FUSP (V6), and Falling Up (V2/3).  Towards the end of the day my ankle was starting to feel some better, so I decided to get in on the action.  I ended up completing a V2/3ish traverse near the Outback Area that I hadn’t done before.  Because the pain was closer to my heel than my forefoot, standing on my toes and the majority of climbing movements didn’t seem to bother it – but jumping down seemed like a horrible idea.  This problem worked out well since almost all the moves on the traverse were less than 3 feet off the ground.  Our crew ended our day over in the Falling Up area, where I felt surprisingly okay sending Falling Up Arete (V4), which for some reason or another has always been my goes-when-nothing-else-goes line. 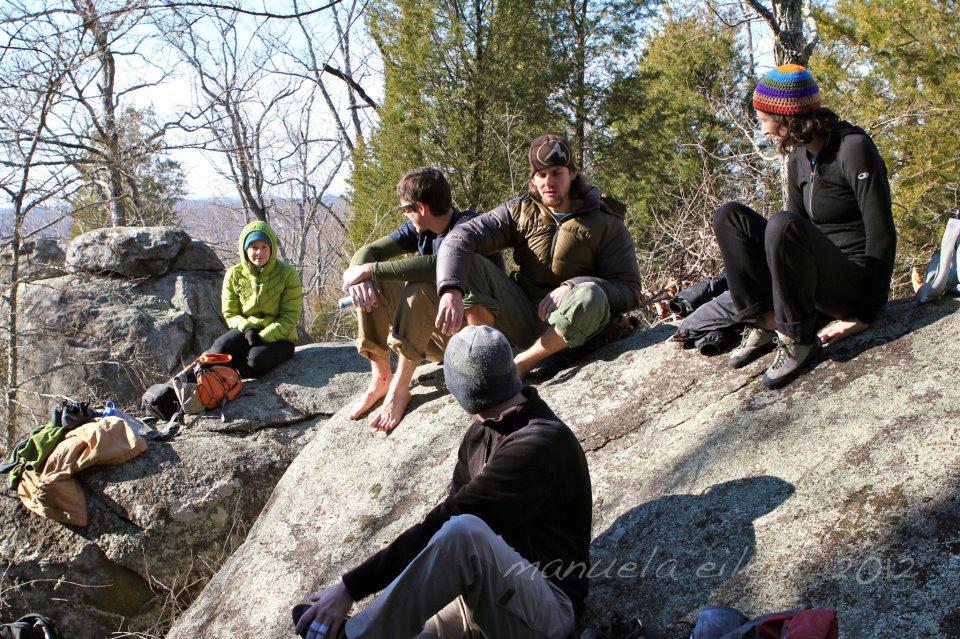 The observation deck across from the Alien Head Boulder

I would be lying if I said that the day was fantastic.  Honestly it would have been downright miserable had it not been for the company.  My highlight of the day was hanging out with everyone post-climb at Rockola.  The next day my ankle was varying shades of purpley-green, and a bit swollen,  but not the kind of swollen that means I can’t put my shoe on, and certainly not the kind of swollen that precludes me from kicking my own butt on a rock ring workout in the garage.  I’m pretty bummed about the injury (especially since it wasn’t even doing something cool…), but I’m hoping it won’t have me down for too long, and I’m thankful it seems to be pretty minor.

3 Responses to “Down and Out at Asheboro”