Our family is grateful to have had the opportunity to get a lot of time out on the rock this past year.  In fact, we managed 5 trips to the New River Gorge, 2 trips to the Red River Gorge, 2 trips to the Obed River, 2 trips to Grayson Highlands, and of course numerous day trips to various crags across North Carolina. Its no wonder that loads of fun were had by all as 2011 played out.  In keeping with the “Highlight Week” theme, and in honor of our family’s time-honored Highlight Reel tradition, our family decided to wade through our best memories over the past year and choose only 5 highlights – both personal and spectator – from 2011.  (Just as a refresher, the “personal” highlight is pretty self-explanatory – something you’re proud of yourself for accomplishing, while the “spectator” highlight is something you are proud of seeing someone else do!)  After a lot of reminiscing and fun reflecting, we were finally able to each narrow it down to our top 5 of each category.   I decided to share mine here, but as you read through mine, be thinking of your own, so that you can share as well in the comments section. 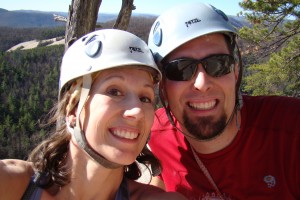 PERSONAL:
(Honorable Mention) The Great Arch (5.5), Stone Mountain, NC – This was a really fun day of “Post-Cragbaby Firsts.”  First climbing “date” with just me and my hubby, first multi-pitching, and first time we were both out all day.
5.  Paleface (5.11a), South Clear Creek, TN – A big spider, sketchy traverse, serious pendulum potential, and a panicked clip on the onsight attempt turned into a smooth, zen-like send on my next go.  This one was a mental breakthrough for the lead head.
4.  Same day onsights of Stim-o-Stam and S’more Energy (both 5.11c, both at the New River Gorge, WV) – Its always great to have a day where it seems like gravity doesn’t exist (because those days are rare compared to the ones where the gravitational pull is all too strong!)
3.  Finally ticking Heresy (5.11c) – Though its not my hardest, scariest, or most fought-after redpoint, the saga behind it probably makes it the most poetic.
2.  First 5.12a Redpoint (TKO, Crowder’s Mountain) – They say you never forget your first, right?
1.  Sending Dave the Dude (5.11d), Red River Gorge, KY – This unexpected 2nd go send was the perfect way to wrap up an already fabulous fall trip to the Red last November. 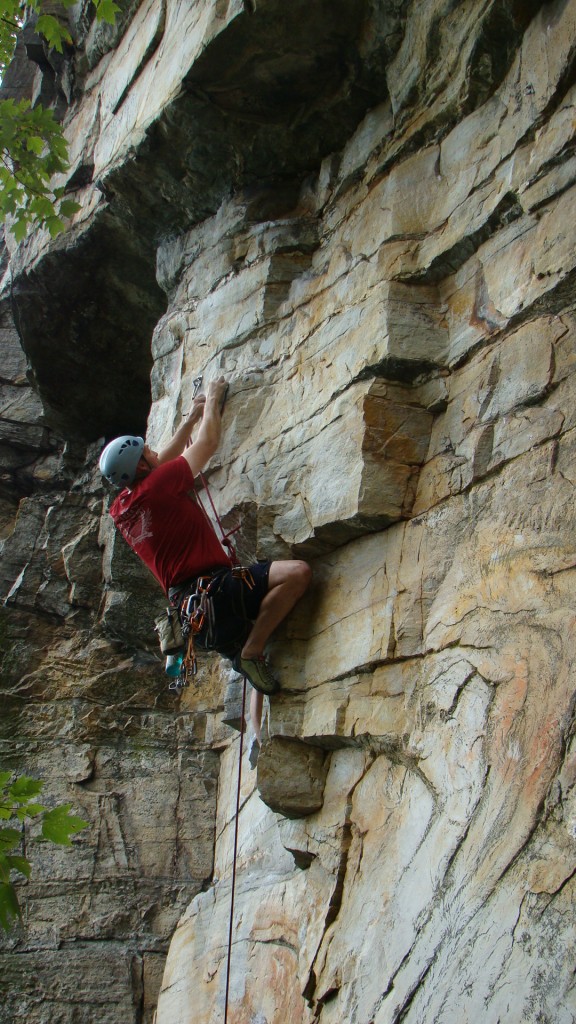 Steve, aka Crag-Daddy, doing his thang on O-ho last September.

SPECTATOR:
5.  Steve leading Overhanging Hangover (5.11b), Pilot Mountain, NC – After months of hemming and hawing, Steve finally summoned the gumption to tackle this line on the sharp end, and he cruised it with only one quick hang to rest right before the crux.  Then a couple of weeks later he  came back for the redpoint on a day when it was pretty darn cold for rock climbing – and after eeking through the crux clean, he had a heartbreaking fall in the significantly easier section up high due to overgripping and numb hands.  I know he wishes he had sent it, but I’m still mighty proud of my man for leading his first 5.11 – and I’m certain the send will come in 2012!
4.  Manuela sending Drop the Anchor (5.8+), Red River Gorge, KY –  This was NOT a straightforward line, and had some sections with rather unpleasant fall potential.  After making through it on TR without too much trouble, I saw a look of redpoint fever in Manuela’s eyes that I hadn’t seen on her before…For someone who claims they don’t like to push themselves on lead, she’s making it pretty tempting to call her bluff!  Signs of greatness to come I’m sure!
3.  Aaron Johnston on “It” (5.10a), South Clear Creek, TN – For a 30 foot route, Aaron’s onsight was epic!  With sewing-machine leg at full-throttle, Aaron somehow managed to hang on, even after dropping the rope three times trying to clip the anchors.  Every climber in the Stephen King Library had stopped what they were doing, and were waiting on baited breath to see if he would make it.  Aaron was the poster child of determination that day!
2.  Bennett’s Comeback send of Arms Control (5.11c), Pilot Mountain, NC – Seeing Bennett come back and man-handle the same line that had taken a finger and part of his hand off one year prior was pretty spectacular.  The fact that he’s back climbing at all is perserverance at its finest!
1.  Cragbaby Lovin’ – I know I say it often, but nothing warms my mama’s heart more than watching all of my awesome climbing partners love on my little Cragbaby.  I am so appreciative of each and every one of you, and if C knew how to say the word appreciate, I’m sure he would say the same thing – but for now everyone is stuck with sloppy, open-mouthed kisses and peek-a-boo giggles.  Seriously though, thanks to all for the best climbing year yet – can’t wait til the next! 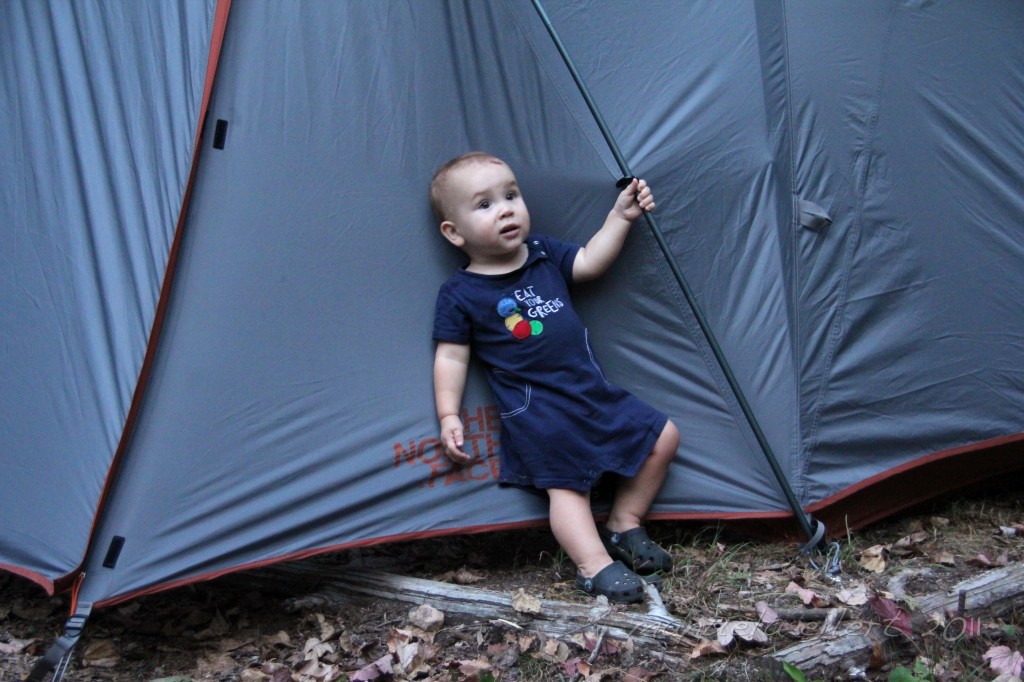 Well that’s my Highlight Reel in a nutshell.  I would love to hear what other folks felt most proud of accomplishing this year.  I’d also love to hear some bragging on your climbing partners – what was most exciting to watch this year?  So now its your turn – if you had to choose just a handful of highlights, what would the be the best of the best in 2011?