Sometime in early December my little stand-up comic realized that he could get quite the reaction by furrowing his eyebrows and glaring in a rather “Omen-like” sort of way…Although he doesn’t do it as much anymore (funny how baby trends go in and out of style faster than what’s on the red carpet), C’s “stink-face”, as we christened it, was the source of quite a few dinnertime guffaws. 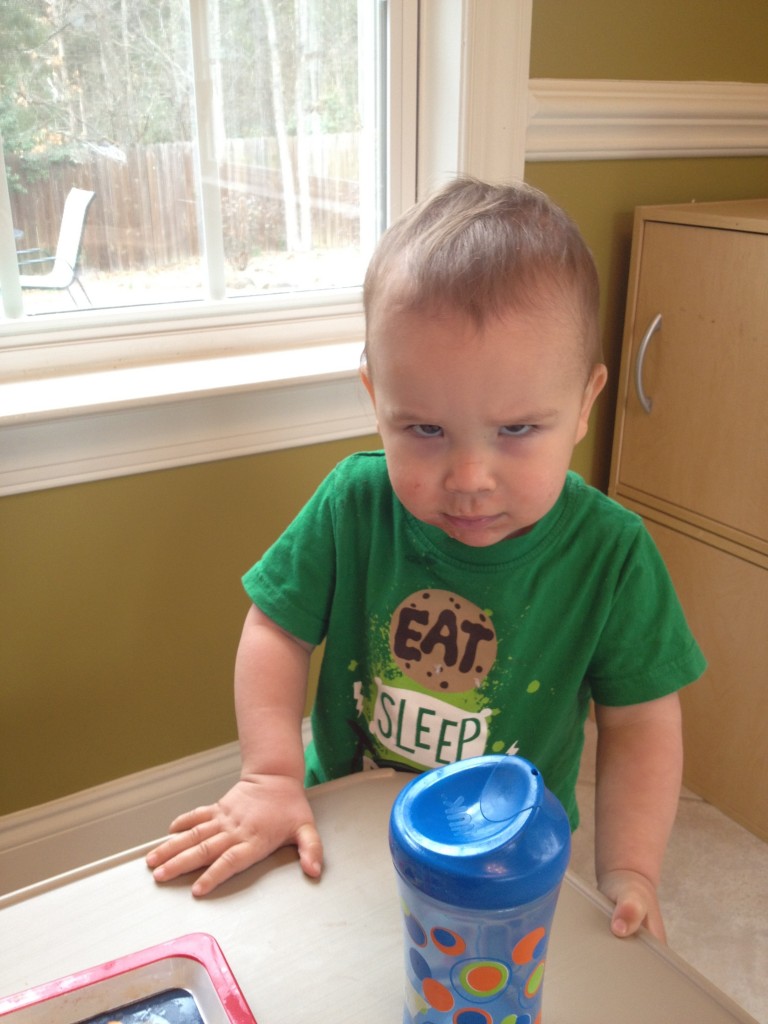 Upon seeing the stink-face out of context, you might mistakenly assume that C is angry, frustrated, mad, or some combination of the three.  But the funny thing is that C only chooses to bring out the stink-face when he’s trying to make people laugh.  The stink-face usually makes an appearance in the midst of a crowd, while all the adults are engaged in (boring) conversation, and ironically 8 out of 10 times its at the dinner table.

At first I wasn’t sure whether or not I should be encouraging the stink-face, but soon enough I realized that in some ways its a term of endearment.  I don’t even think he understands that it looks like a mean face (which is good because keeping a straight face while scolding him for doing it would have been impossible).  C never stink-faces somebody he doesn’t know or doesn’t like, and as soon as the victim realizes they’ve been stinked (stanked?) he bursts into a fit of giggles.  Thankfully C can take it just about as well as he can dish it out – in fact, it seems that his favorite folks to stink are the ones who are willing to engage him in a stink-off. 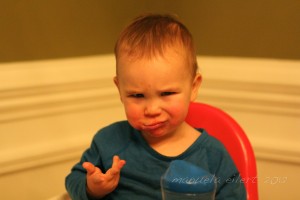 As I said before, he doesn’t do it nearly as often as he did just a few weeks ago, so I’m glad that we were able to get a few good pictures to preserve such a funny memory.  It’s always nice to have ammunition stored away that can be used for blackmail during his college years.

What are some priceless childhood photos that you’ve got locked in the vault?