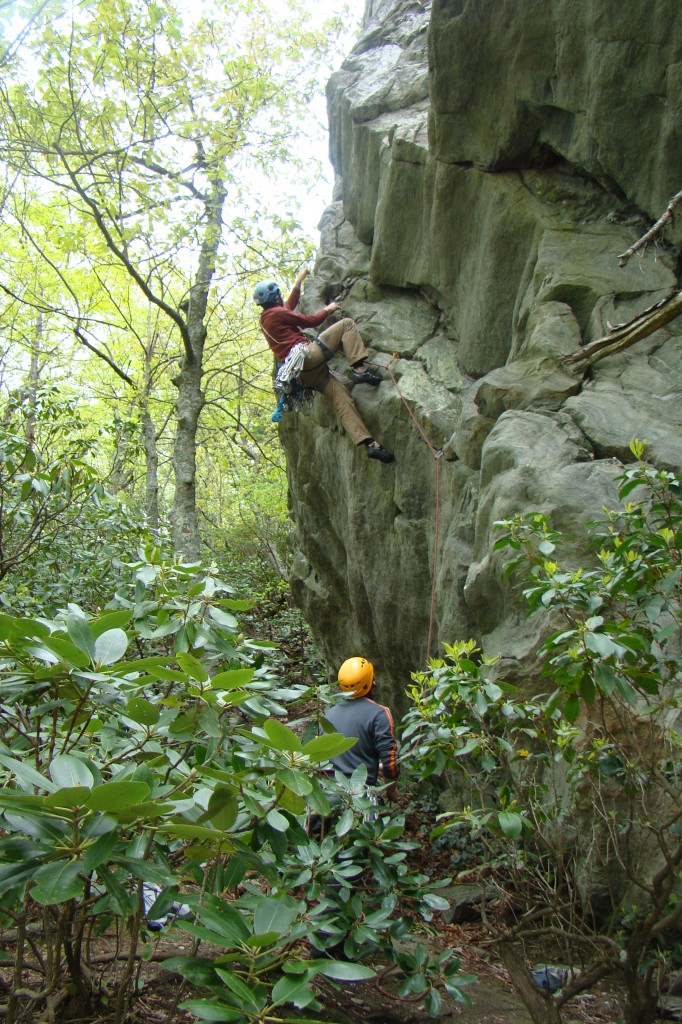 Jorge powering through the bouldery start of Head Like a Hole (5.8)

This weekend was pretty varied on all counts – weather, climbing, accomplishments (or lack thereof).  But regardless of what sort of hodgepodge it was, it was certainly fun as well as productive, and a good one-word sum-up would be PROJECTS.   Our journey began Friday night at my parent’s house (aka Paw Paw and Gaga) near Winston-Salem, where Cragbaby hung out all day Saturday so Steve and I could get our gear on at Moore’s Wall.  This is my second time at Moore’s in the past 2 weeks – the last time I spent the day in the Hanging Garden, and this time the end goal was the Meat Puppet Crag.  We spent the first part of the morning hiking around and confirming descriptions (route X starts ____ feet from Landmark Feature Y, take Gully A for ____ minutes to arrive at _____ area, etc).  Around lunchtime we had made our way up to Meat Puppet, a small, isolated area situated high atop the rest of Moore’s Wall.  Although definitely off the beaten path, it was well-worth the extra effort to get there.  We climbed 3 lines and checked out the others as best we could from the ground.  All three I would highly recommend for anyone looking to get away from the crowds.

Beelzebubba (5.6) – A stunning white arete with fantastic exposure and unbelievably large holds througout.  Would be a great route for beginning trad leaders…so long as nobody falls into the skewer trees at the base…
Head Like a Hole (5.8) – Thanks to this route I was singing Nine Inch Nails the rest of the day…Lots of full-value moves crammed into the bouldery start, then the rest was pretty casual.
Meat Puppet (5.10a) – Similar in style to its easier neighbor, the crux on this one involved an awkward but well-protected beach whale maneuver onto a ledge.  Then a long stretch of moderate vertical face climbing, with a fun and super-exposed finish over a juggy bulge. 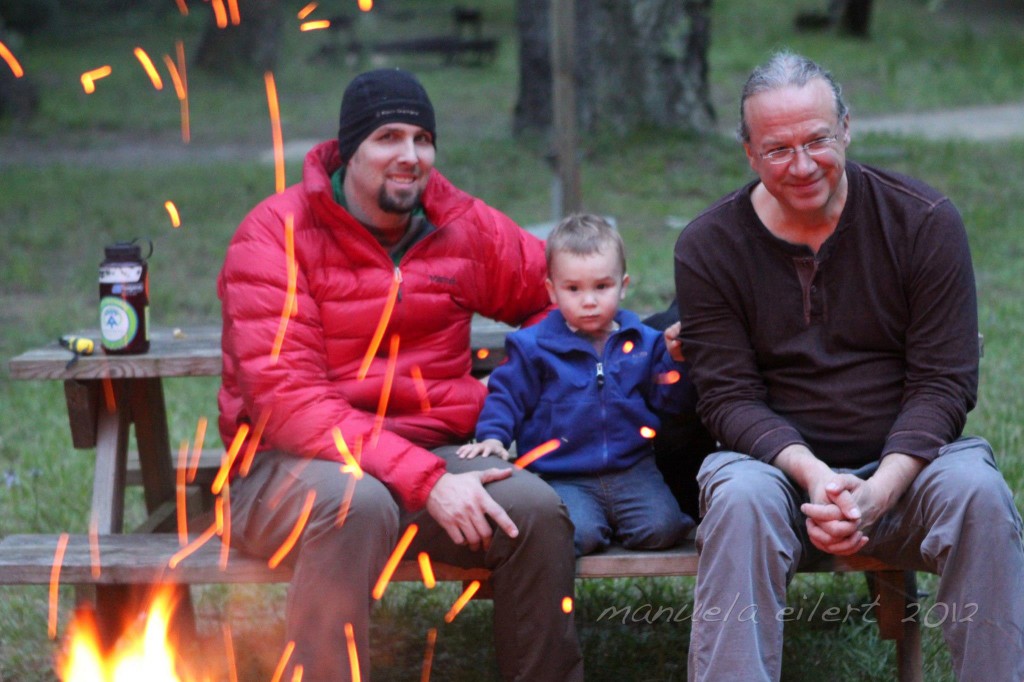 I’m still getting used to all of my new Trango gear.  The biggest adjustment is the numbering of the sizes, as I still find that I think in “Camalot-ese.”  I’m definitely enjoying trying out the new gear however, so as a side note, expect several reviews on the horizon!   As we were wrapping up for the day, 2 other climbers (that we also happened to know) showed up, with plans for a circuit similar to ours.  The nice part about that is I was able to snap a few nice action shots of Jorge on the 5.8 before we left, which worked out great since I didn’t have any guidebook shots from the Meat Puppet Area.

We spent the night at the newly re-opened Moore’s Springs Campground, now under the ownership of Tony McGee, a hard-working and amiable character that kinda reminded me a bit of Royal Robbins.  The campground is still a work in progress, and while the facilities are primitive right now, I’d forgotten how much softer it is to sleep on grass rather than dirt!  Another plus?  Boulders on site, as well as a host of newly developed mountain bike/hiking trails! 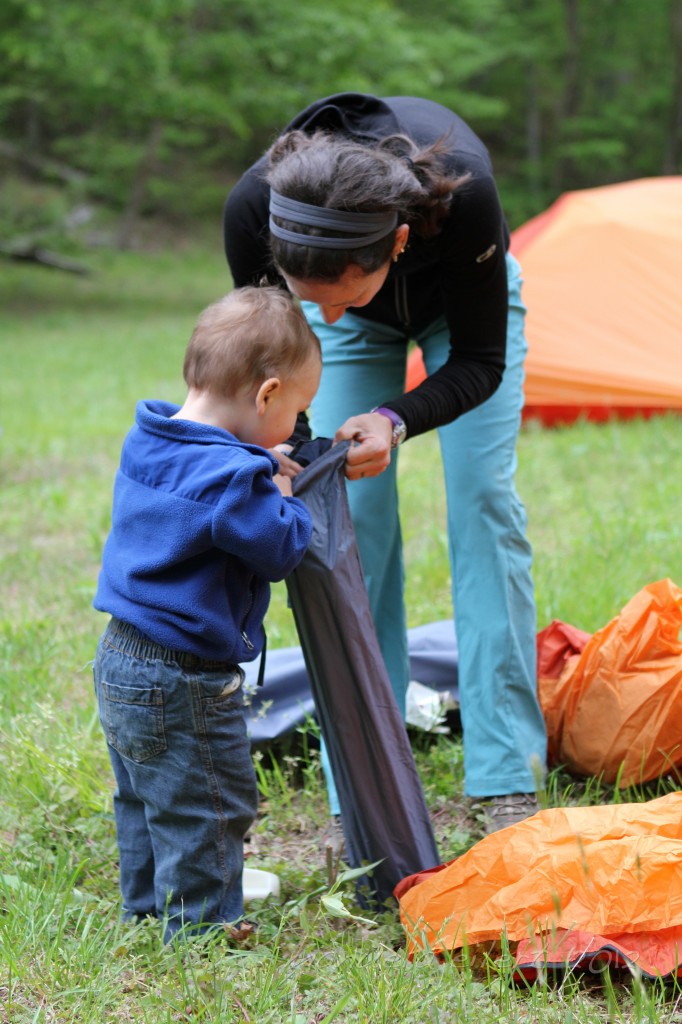 The next day we packed up camp and headed to Pilot Mountain.  Anyone who’s climbed at both Moore’s and Pilot is well aware that they are quite different.  And when I say they are different, I mean on opposite sides of the spectrum different.  Some people could argue that if you’re a fan of one, you can’t be a fan of the other (kinda like Duke and UNC…).  While the basketball fan in me agrees with the latter assessment, the climber in me loves it all and only chooses a side based on what style of climbing I’m in to at the time (and also what the weather dictates…)  Guidebook-wise I did a few things at Pilot – most notably sampled (and fell on) the shiny new bolts of Any Major Dude (5.11d), and tried a few options along the new Buzzard’s Breath toprope anchor setup.  However our crew spent most of the day working on our personal projects.  Couple that with the fact that our resident photographer, Manuela Eilert, graciously volunteered to hang out (literally) up top to snap some photos, it seemed appropriate to devote a separate post for our second day, especially since our end goals were so vastly different from the day before.  That being said, look for that post later on in the week…