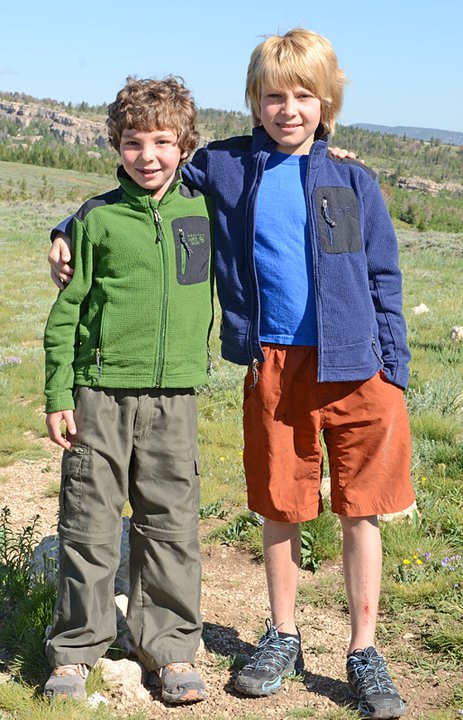 Jon and Cam - aka The Send Brothers

It’s been a couple of months since I’ve done any interviews, so I figured the best way to make up for lost time was to bring you two interviews for the price of one!  Prepare to be absolutely amazed (and also a little bit sheepish, since these boys are more than likely hiking laps up your projects for their warm-ups…)  Cameron and Jonathan Horst (or Cam and Jon for short) are the sons of training guru Eric Horst, author of numerous books on climbing-specific training, including the well-known titles “How to Climb 5.12,” and “Training for Climbing.”  I first met Eric several years ago at the New, but had the pleasure of meeting the entire family last spring at the Red River Gorge in Kentucky.  For me it was fun to see the “next phase” of a crag-family in action, as it gave me a little glimpse of what to expect once Cragbaby starts “for real” climbing.  And when I say “what to expect,” I’m  not talking about numbers, since these guys are in the nationwide elite of crag kiddos.

Here’s what 11 year old Cam and 9 year old Jon had to say about life on (and off) the rocks.

How long have you been climbing?
Both were so young they don’t remember it, but according to dad, they began on their home wall at age 3, and on real rock around age 4.  Both did their first lead climbing (on bolted routes) at the age of 6. 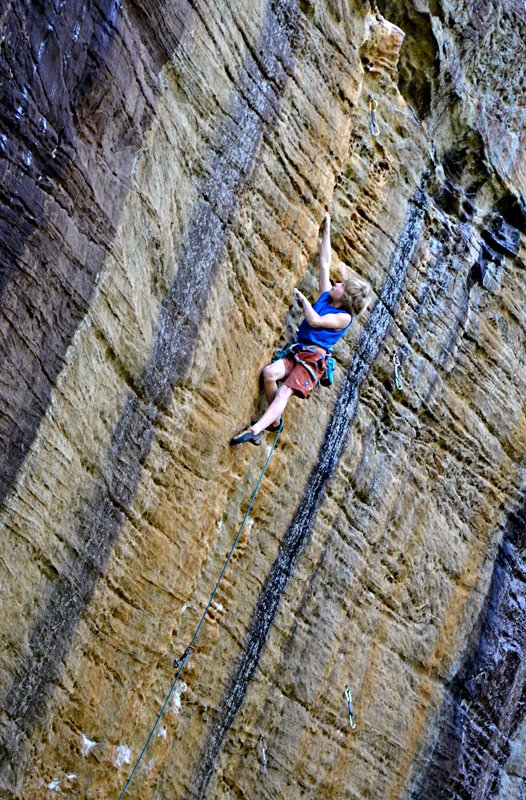 What do you like most about climbing?
Cam:  The movement, the challenge, and the outdoor experience.
Jon:  It’s fun – I love doing hard moves and getting high up on a cliff.

When you’re not climbing, what do you do for fun?
Cam:  We both play tackle football in the fall and basketball in the winter.
Jon:  We also like playing with our friends, and training in our home gym. 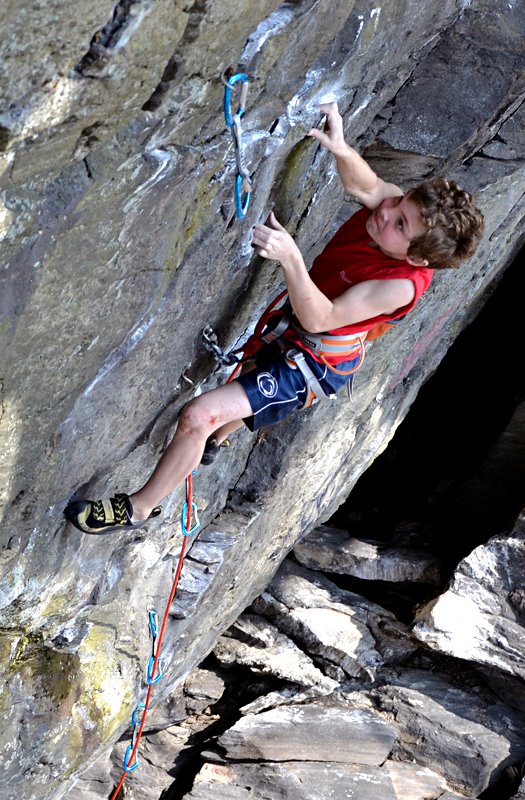 What’s the best part about family climbing trips?
Cam and Jon:  Traveling to new places, camping and cooking outside for weeks on end!  We love exploring new cliffs.

How do your teachers and classmates at school react to your climbing?
Cam and Jon:  They mostly don’t get it…and they definitely don’t understand how hard and challenging it is.  But our teachers are curious and our gym teacher can see how strong we are from climbing and training.

What do you want to be when you grow up?
Cam:  I’d like to be a pro climber for a few years so I could travel and climb full-time, then perhaps work in the climbing industry…or be a climbing coach or researcher.
Jon:  I’d like to climb a lot as an adult, but I don’t really know yet what I want to do as a career.

As a climbing mommy it was inspiring for me to watch these little guys out crushing at the crag with their parents.  On the rock they were sending machines, but when it wasn’t their turn to climb, they were building forts at the base of the cliff, just like any other energetic boys their age would do.  It reminded me that kids are kids, regardless of athletic prowess.  While there choice of weekend activity differs from the majority of their peers, to them this is what makes life fun!  So whether Cragbaby goes on to become one of the top climbers of his generation or not, I cherish the memories we’ve made (and will continue to make) at the crag together as a family.  Obviously Eric is proud of his kids, and when I asked him what it means to him as a father to share these types of experiences with his wife and boys, I think he summed it up pretty nicely: “Climbing with my wife and boys is gratifying on many different levels.  It’s great to get out in nature and recreate as a family…and its quite profound revisiting the crags of my youth and climbing with my boys on routes I did 30 years ago…and it definitely humbles me to see the boys climb so well – doing routes at age 11 that I couldn’t have done in my best days as a top climber in the 1980’s!”

What’s the moral of the story?  Whether its climbing, fishing, biking, skiing, bird-watching, or just having picnics in the backyard, make sure you’re providing meaningful learning experiences for the whole family in the great outdoors!  Modeling a healthy, active lifestyle will go a long way towards making the next generation healthier and happier!  Many thanks to the Horst family for agreeing to share a glimpse of their family’s story!  I hope it’s as motivating to you all as it was to me!

8 Responses to “Cameron and Jonathan Horst – aka the Send Brothers!”