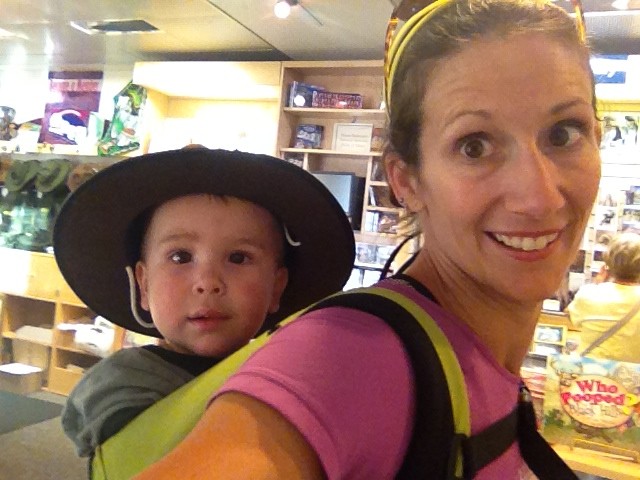 Our whirlwind tour through South Dakota and Wyoming was our first “big” climbing trip with Cragbaby.  And although we definitely maximized our climbing time, we also managed to squeeze in a lot of non-climbing activities as well.  Pre-Cragbaby we would tend to try and climb all day – a good m.o. for us would be 2 days sport, 1 day long (easy) trad, and then alternate from there.  Since we used the trad days as “active rest” days, we could usually end up climbing 7 or 8 days in a row, at which point it was time to go home anyway.  But although we thought about trying for a couple of multi-pitch days since we obviously had partners with us, the logistics proved to be too much to deal with.  I actually think that worked out for the best – our trip seemed like a very balanced mix of climbing, relaxing outdoor fun, as well as educational activities for the whole family! I already wrote about our first rest day at Devil’s Tower, but we also enjoyed plenty of non-climbing fun in and around Custer State Park towards the end of our trip. 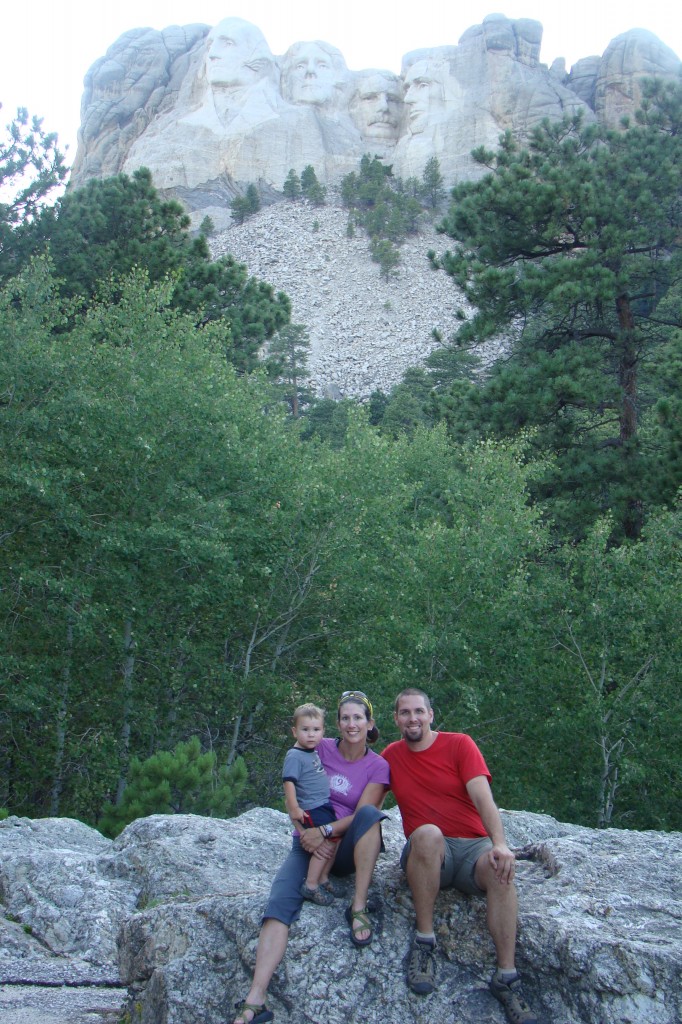 When we drove in from Ten Sleep on Thursday night, we managed to squeeze in a visit to Mt. Rushmore just before it got dark.  Cragbaby was delighted to see “those faces,” and took many, many pictures with his new disposable camera.  Other highlights included the large white mountain goat that was nonchalantly grazing right next to the park bathrooms, as well as the ranger hat we found for C. 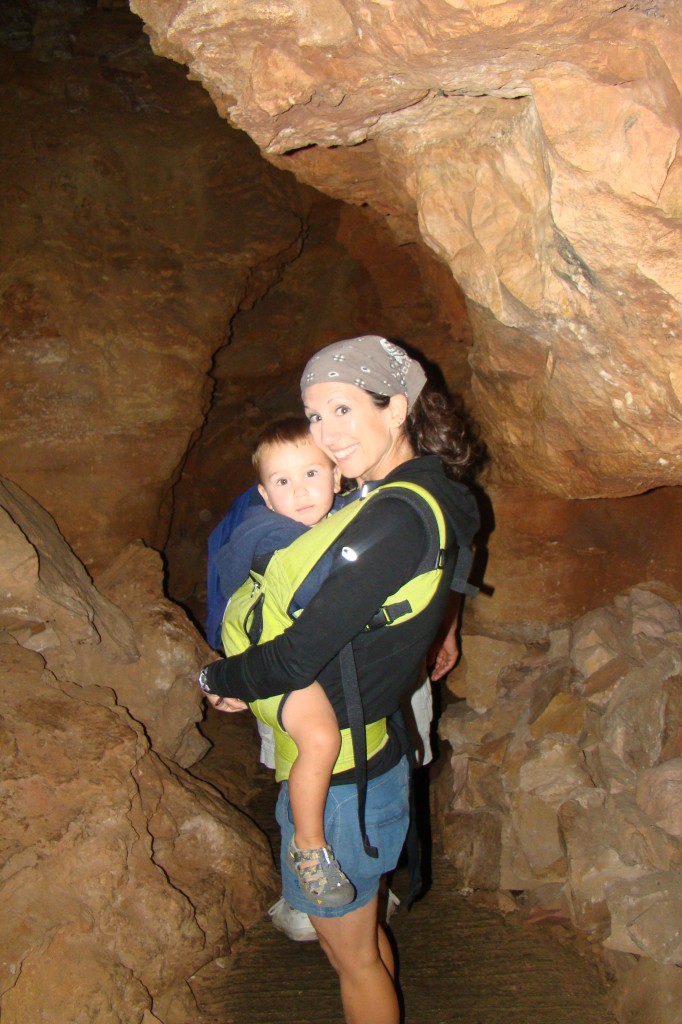 Me and my little spelunker.

Our flight didn’t leave on Saturday until late afternoon, so we had almost a full day to explore the Black Hills.  We headed south for about 30 minutes to Wind Cave National Park, where we arrived just in time for a tour.  The Wind Cave is the 5th longest cave in the world, and the 7th park to be established in the United States. For all you cavers out there, the Wind Cave is renowned for its prolific “boxwork” features. We liked it because it was nice and cool.  And Cragbaby liked it because he thought he was in a tunnel.  Our tour consisted of about a mile’s worth of walking (mostly in single-file with the rest of our group), and 450 steps (mostly down).  At first C wasn’t sure what to think, and wanted to stay snuggled up close to me in the carrier.  In fact I was a little worried that he might get upset, and I’m not sure what we would have done, as you can’t exactly back out of the tour once its started.  Anyway, no tears were shed, and after a while C even wanted to get down and walk on his own, making sure to tell everyone within earshot, “Don’t bump your little head!”

Another cool thing about the Wind Cave is that not all the fun happens underground.  There are miles and miles of mostly deserted park roads that meander through prairies, meadows, and rolling hills. We saw enough prairie dogs to last a lifetime, as well as a gigantic bull elk with a rack so big it looked awkward for him to walk! We stopped for a quick 1 mile loop high on the Rankin Ridge Trail, and had a picnic lunch atop a ridge with spectacular vistas.  This was the highest point in the park, and since it was a clear day, we could see all the way to the Badlands, which was 50 miles away.

After lunch Cragbaby konked out in the car, which made for a nice, relaxing drive for us. Unfortunately for C, however, it was the second half of our scenic drive was the most action-packed – and he missed all of it!  From Wind Cave we worked our way over to the Wildlife Loop in Custer State Park, which spit us out just 20 minutes from the airport.  As soon as we drove over the cattle guards at the entrance to Custer, we were greeted by a large group of friendly and inquisitive burros.  Then just a few miles later, we rolled right through the middle of a giant herd of buffalo (who were decidedly more lazy, and significantly less inquisitive…)

It’s no secret that I wished we had more time to climb in the Black Hills, but I would also wholeheartedly recommend the host of other recreation options available in the area.  The Black Hills are certainly a special place – filled with beautiful landscapes, amazing wildlife, and historically significant sites. If you end up with any opportunity to explore this part of the country, you can’t afford to pass it up!    Has anyone else been to the Black Hills in South Dakota?  What was your favorite part?