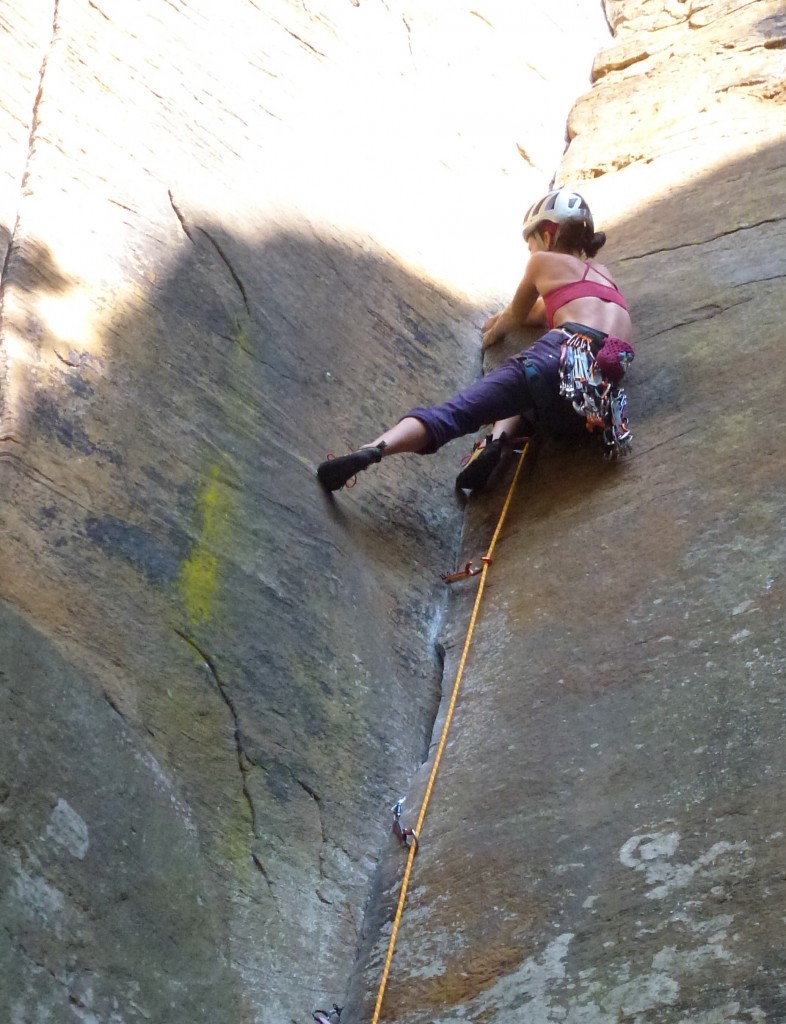 When it comes to the age old climber’s debate between the Red and the New, our family has always sided with the New – for a number of reasons, not the least of which is the fact that it is 3 hours closer to our house.  But that’s not to say we can’t have fun at the Red every now and then.  Usually we make the trek up to ole Kentucky once or twice a year, when we’ve got an extra day or two to climb tacked onto our weekend.  This past weekend was one such weekend, although it was entirely different than previous trips to the Red.  Most notably, it was ROCKtoberfest, an annual climber’s event that raises money and awareness for the Red River Gorge Climber’s Coalition.  Well, that’s what it is on paper.  In reality it’s a chance for climbers all over the country to descend upon the Red  in swarms – to hang out, get free swag, and most importantly, touch some of the best rock in the country.  It was a whirlwind of a weekend, and probably went by faster than any other climbing trip I’ve ever been on.  Now that I’m back it seems like it was all a blur  (and NOT from too much partying – I was in bed by 11 every night ;))  That being said, here are some weekend highlights…

1.  TEAM TRANGO – This was the biggest event yet that I’ve done as part of Trango’s Grassroots Athlete Team, and it was fun to get to hang out with fellow teammates Chris Barlow and Dan Brayack, as well as the rest of the Trango crew.  Our Tenaya shoe demo on Saturday was a raging success, and we even managed to squeeze the entire demo fleet into our car on the way home for the upcoming demos in North Carolina (Inner Peaks this past Tuesday, and Triangle Rock Club coming up on October 21!)  Trango t-shirts dominated the Military Wall on Saturday, and the ground was littered with dozens of Tenaya shoes, and we all had a lot of fun meeting new people and talking shop over in the Trango booth Friday and Saturday evenings. 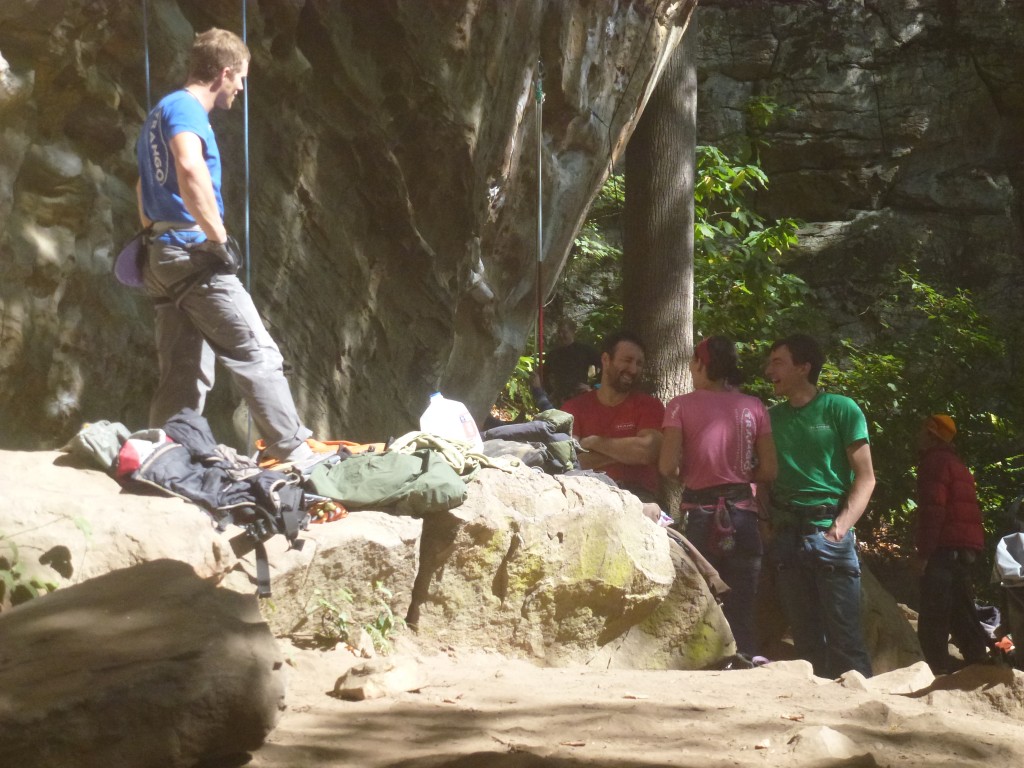 It appears that the Red, Pink, and Green Trango-ites are conspiring against the blue guy…

2.   HARDCORE JOLLIES (5.12a) – I started the weekend off on a good note at Funk Rock City on Friday by ticking number 11 out of hopefully twelve 5.12’s for 2012.  Hardcore Jollies starts off with a bang – techy V4-ish moves on horrible feet (and very small, shallow pockets to pull on if you’re short) for the 1st couple of bolts.  The rest of the climb is technical 5.11 face climbing on very small but very positive holds.  I had to try the start a couple of times, lowering off each time, but once I figured out the beta I climbed the rest of the route clean first go.  Since number 11 had gone down so quickly and I still had 2 days left of climbing, I was hopeful that I could maybe finish out my 5.12 goal for the year on the same trip.  But after a scary fall on a redpoint run on Glory Be (5.12a) later on that day (it ended up being no big deal thanks to a perfect, heads-up catch by my fantastic hubby), I found that I wasn’t in the right head space to send anything else hard.

3.  ALL THING CONSIDERED (5.11d) – Dan wanted to take photos on this one, and as soon as I laid eyes on it, I was psyched to get on it.  Very atypical of the Red, this balancy tech-fest would be much more at home at the New River Gorge.  For me there was a definite crux moving over the 1st bolt, but the rest of the climb was pretty full-value as well.  After seeing a really weird picture that Dan had took of me the day before with my eyes crossed looking at a hold on Glory Be, I tried really hard not to make any strange faces this time.  My onsight attempt was botched at the lower crux, but I pulled the rope and sent second go without too much trouble.  My only complaint was that the route was too short!  Dan seemed to be really happy with the results from the shoot, so hopefully they’ll be usable for something cool! 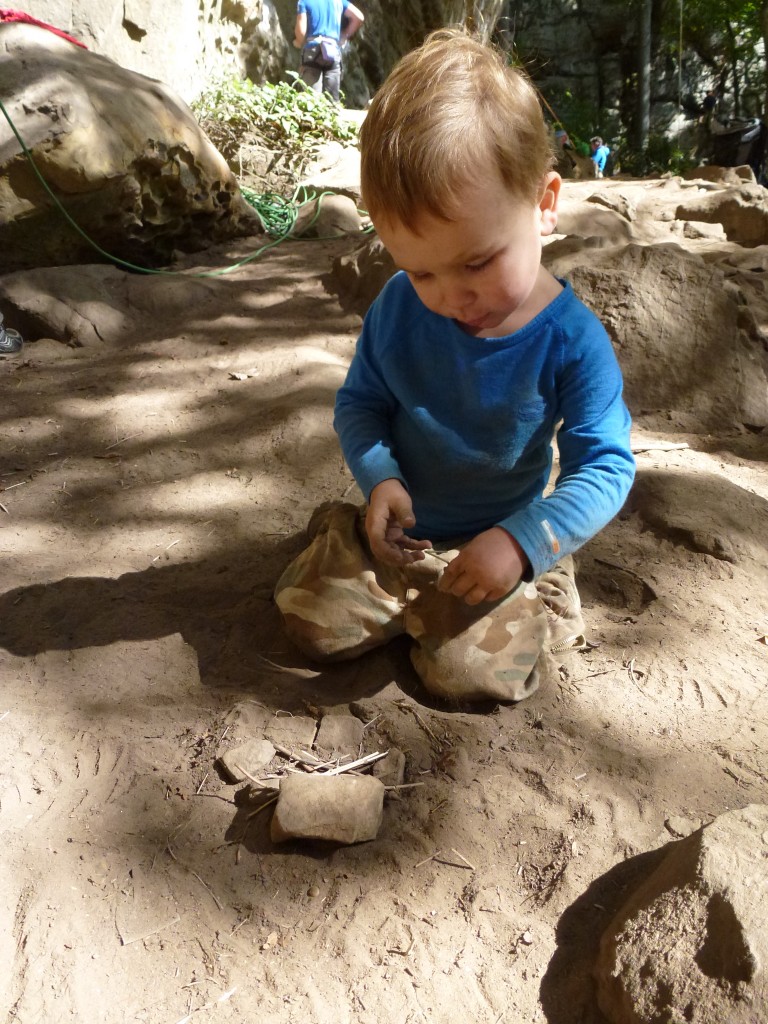 5.  FOREARM FOLLIES (5.11d):  This was a cool route!  It was the same grade as All Things Considered, but the style of climbing couldn’t be any different!  As the name implies, this one was a pumpfest up honeycomb-like pockets for about 90 feet.  No bad holds, just a marathon of big moves to big jugs, with a crux of picking out which over-chalked pocket was the best to use.

4.  TENAYA MASAI – This weekend was my first chance to really put my new Masai’s to the test.  These shoes are designed to excel at technical face routes that hover around vertical, and I was pleasantly surprised at how well they performed.  I hadn’t sized them very tight, as I had them in mind mostly for long trad routes where comfort is a big factor.  My first impression was that they would probably be good at smearing, but felt way too comfortable to reliably edge on a dime.  I used them on Cruising Lane (5.10a), a classic finger crack that showcased their smearing ability (and also served as a painful reminder that I haven’t done enough crack climbing recently).  But the real shock was how well they smeared, edged, (and shmedged!) on Hardcore Jollies and All Things Considered – my feet felt secure the entire time, and my toes weren’t screaming by the time I clipped the chains.  These shoes are proof that performance doesn’t have to mean 3 sizes too small – I can’t wait to take these shoes out to Red Rocks in a few weeks! 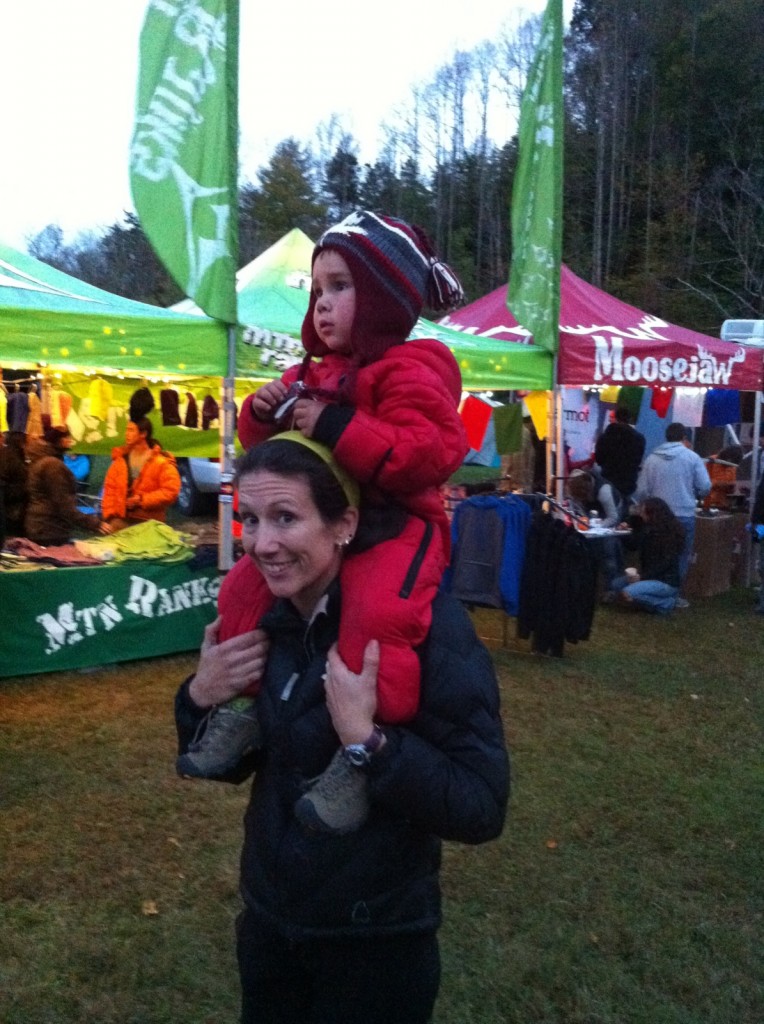 C enamored by the crate-stacking competition on Saturday night…

5.  FUZZY UNDERCLING (5.11b) – This is one of those quintessential routes that everyone touts as a must-do for the Red, so I was glad to finally have an opportunity to get on it.  The verdict?  It was a good route and was definitely fun, but to be honest I don’t see what all the commotion is about.  I’ve been on numerous other routes at the same grade that are way more consistent and classic (“King Me” at Eastern Sky Bridge, for example.)  The start seemed ridiculously hard and polished for the grade, and the rest was a pumpy romp on funky, gigantic 5.10 jugs.

All in all, the weekend was pretty fast-paced, and I felt like I was being pulled in a million different directions (all fun…)  I had visions of grandeur in which I would be tweeting and posting updates from the event in real time from the booth and from the crag, but sitting down now I realized I never even got a picture of all of Team Trango together, and my pictures from the crag are terrible.  Oh well.  Dan was really pleased with his photos, so maybe in a few weeks I’ll do a “Part 2” re-cap with nothing but photos?  Steve was an awesome husband and dad and took care of C in the evenings, which freed me up to play the role of booth babe for Trango.  Our plan was very successful, but by the end of the weekend I was really missing time in the tent with my two favorite guys!  ROCKtoberfest as a Trango athlete was definitely a neat experience that I was happy to be a part of.  I’d love to do it again…but not next week.  Gotta catch up on some family snuggle time first.  🙂