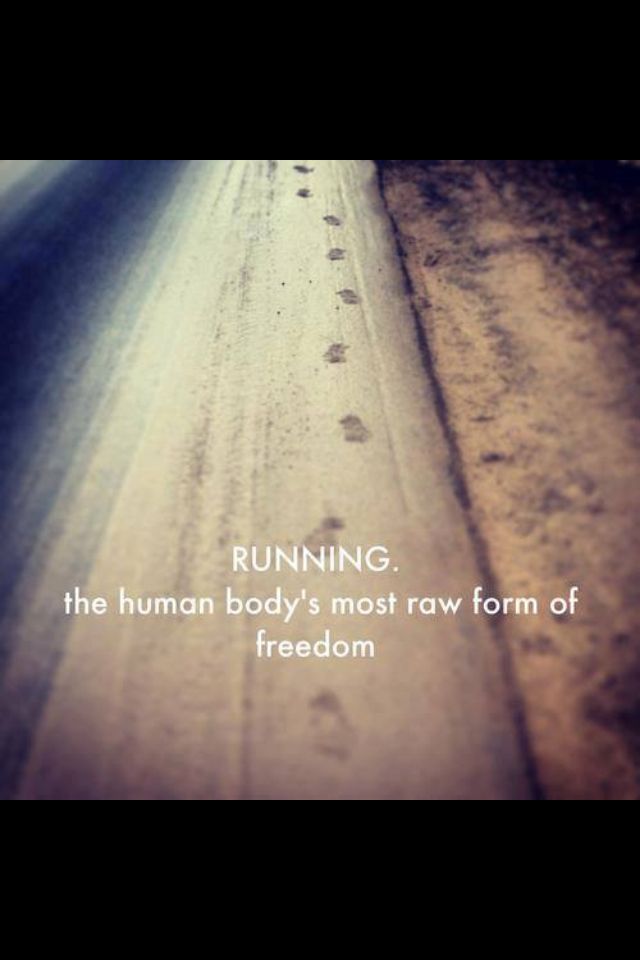 Now that cooler temps are here, I’ve come to a realization that perhaps I enjoy running more than I initially thought.  I’ve said before on this blog that I’ve never considered myself a “runner.”  I did a half-marathon once, a long time ago, but it wasn’t pretty – I was consistently running 15 miles or so per WEEK and found out about the local race two weeks prior.  Obviously, I was very ill-prepared and while I did in fact make it across the finish line, I was so sore I couldn’t walk for a week afterwards.  Not the smartest of ideas, but oh, the things we can get away with doing to our bodies while we are young!

Since then, I’ve pretty much always run consistently, not because it’s something I love, but because it’s a fast and easy way to stay in shape.  Not that I personally am particularly fast, but the process of a neighborhood run is about as efficient as it gets.  I just open my door and go.  A few relatively painless miles later and I’m back, done with my workout for the day.  I’ve burned a lot more calories than the same amount of time walking, and saved a lot of time (and money!) than had I driven to the gym for a class/stationary bike/treadmill.

Since I rarely run more than 4 miles at a time, I’m not very picky about conditions – rain, cold, wind, heat…I figure I can handle just about any type of weather for 40 minutes, right?  However, early pregnancy + heat and humidity proved not to be the best combination for me this past summer.  In fact, a dizzy, nauseous, hot run at the end of June was one of the first things that made me think I should perhaps take a pregnancy test.  That being said, I decided to listen to my body and not push it, and relegated myself to the elliptical machine for the majority of the summer.   The funny thing is that I could burn way more calories on the elliptical, since I had nothing to focus on other than all those buttons in front of me that change the intensity (as opposed to slowing my run pace to check out the neighbors’ spring flowers coming up…)  Another plus was that I didn’t have to wait til hubby got home from work to tag out on crag-kiddo duty, since I could easily head upstairs and elliptiscize (if that’s a word…) while C was napping in the afternoon.  I started to wonder why I bothered with running at all… 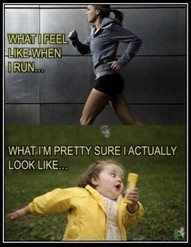 The more pregnant I get, the more and more this is true lol

But then I awoke to an overcast, unseasonably fall-like Saturday morning a few weeks ago. We weren’t climbing because C had a birthday party to go to that afternoon, and the only thing on our agenda was to do a few things around the house.  So after breakfast, I decided to see how a jog would feel.  As soon as my feet hit the pavement, I realized that I had missed this.  Fresh air, birds chirping, waving at neighbors driving/walking by, and best of all, actually GOING somewhere in my workout.  About halfway through, I realized that I had a big smile on my face, and came to the surprising realization that I had really MISSED running!

Although the numbers on the elliptical screen may tell me that I accomplished more, my 4 mile loop around my ‘hood was FAR more satisfying.  Does this mean that deep down inside somewhere I really am a “runner?”  Nah.  I don’t feel the urge to stock up on 26.2 stickers any time soon.  But it does mean that I probably like running for more than just functional reasons.  During my first pregnancy I stopped running early in the 3rd trimester due to round ligament pains and braxton hicks contractions, so I know my days of pounding the pavement are probably numbered.  But it’s felt so good outside recently that I’m more motivated than ever to get out and enjoy my runs for as many more weeks as I can!  Yay for fall!

What does everyone else do for cardio?  If you run, do you prefer outdoors or a treadmill?  Do you mix up your activities by season or basically do the same routine year round?

7 Responses to “A Surprising Revelation About Running”