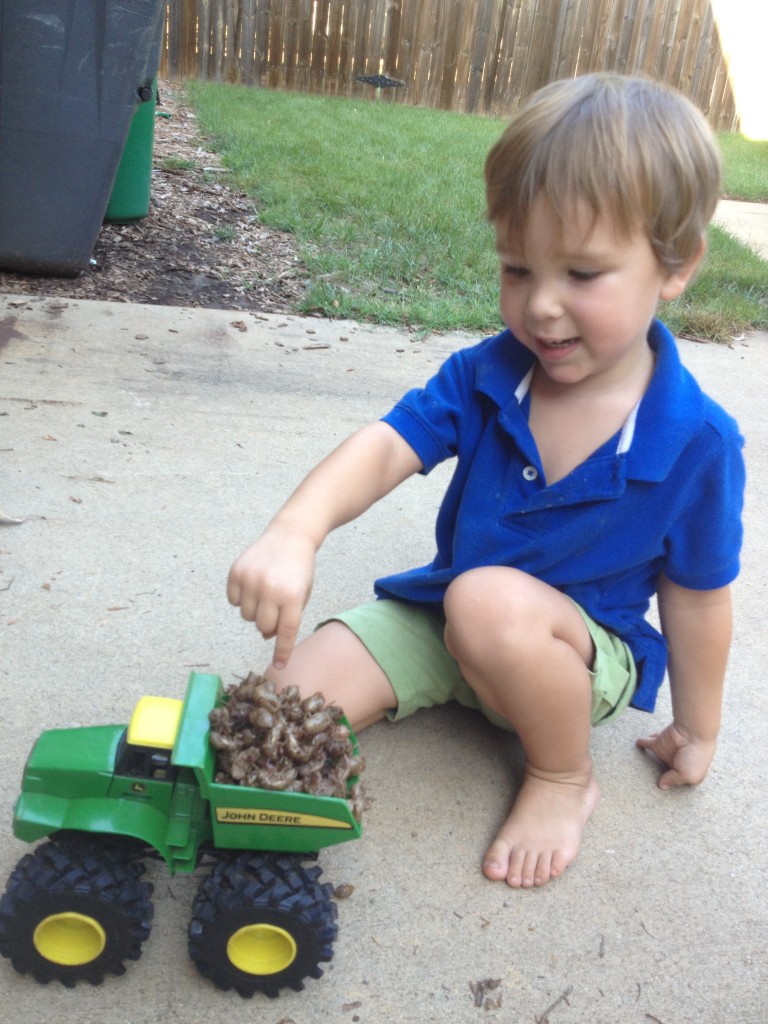 Cicada shells piling in for a dump truck ride.

If you have been reading this blog for a long time (as in, more than 2 years), you may remember that this is not the first post I have written about cicadas.  The crag-kiddo’s first experience with these giant creepy-crawlies came during the first summer we spent in our new home in Charlotte. Last year must have been an “off” year for the cicada, at least for our yard, because their leftover shells were not rampant as they had been the year before.  Lucky for my sweet cicada-loving C however, they were back in full force this year, with even more shells than we knew what to do with!  These delicate shells have been all C wants to play with of late whenever we hang out in the yard, so it seemed worthwhile to “revive” the previous post I’d written about them a couple of years ago.

For those of you that have no idea what I’m talking about, you can brush up on your cicada knowledge here.  But basically, cicadas are very loud, very scary looking, giant bugs that spend the majority of their life cycle buried in the ground, gathering nourishment from the roots of trees.  When the time is right, the nymphs emerge out of their burrows at night and morph into something that looks straight out of a horror film, but is really quite harmless.  Their empty shells are left behind, a perfect hollow specimen with a slit in the back, often found still clinging to the bark of a tree.

There are many different types of cicadas, and the smaller ones (which in actuality are still pretty big) show up every year.  However, one of the craziest things about a cicada is that some types can live underground for up to 17 years!  Apparently this year was one of those special years when the 17 year old ones hatch, which may explain why it seemed like we had so many more this year. 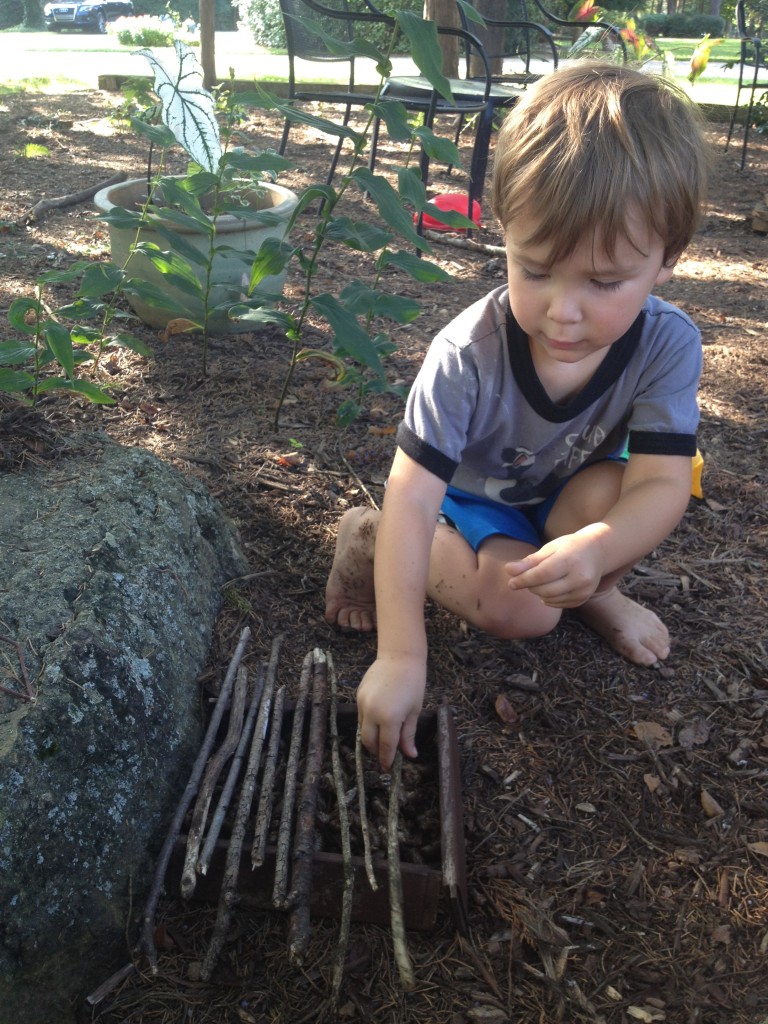 Now that C is a big boy, he’s not just content finding them and putting them in a bowl or squishing them in his hands.  This summer his “cicada play” has involved a lot more pretend play.  C has used his bulldozers to build “houses” for his cicada shells, and used his big dump truck to transport them from place to place.  He has also lined them up on the driveway as they each wait for a turn to ride in his race cars.  My personal favorite was watching him act out the storyline of me singing, “The Cicadas Go Marching One by One.”

The ironic thing about all of this is that for all of the shells we’ve found, C has really only interacted with an actual LIVING cicada one time, when we found one near our campground in Tennessee over Labor Day.  To be honest, it didn’t have much life left in it, because it was just sitting in the parking lot by our car, and it didn’t pick up much of a fight when we picked it up.  It did however, have enough spunk to make plenty of noise!  Their distinctive sounds are probably what most people think of when they think of cicadas, and C was rather alarmed by all the racket.  He may have grown up enough to play with the shells more imaginatively, but he apparently hasn’t graduated to playing with the “real thing” just yet!

What about your family – are there a lot of cicadas in your yard/city/area?  What creepy-crawlies do you and your kiddos like best?