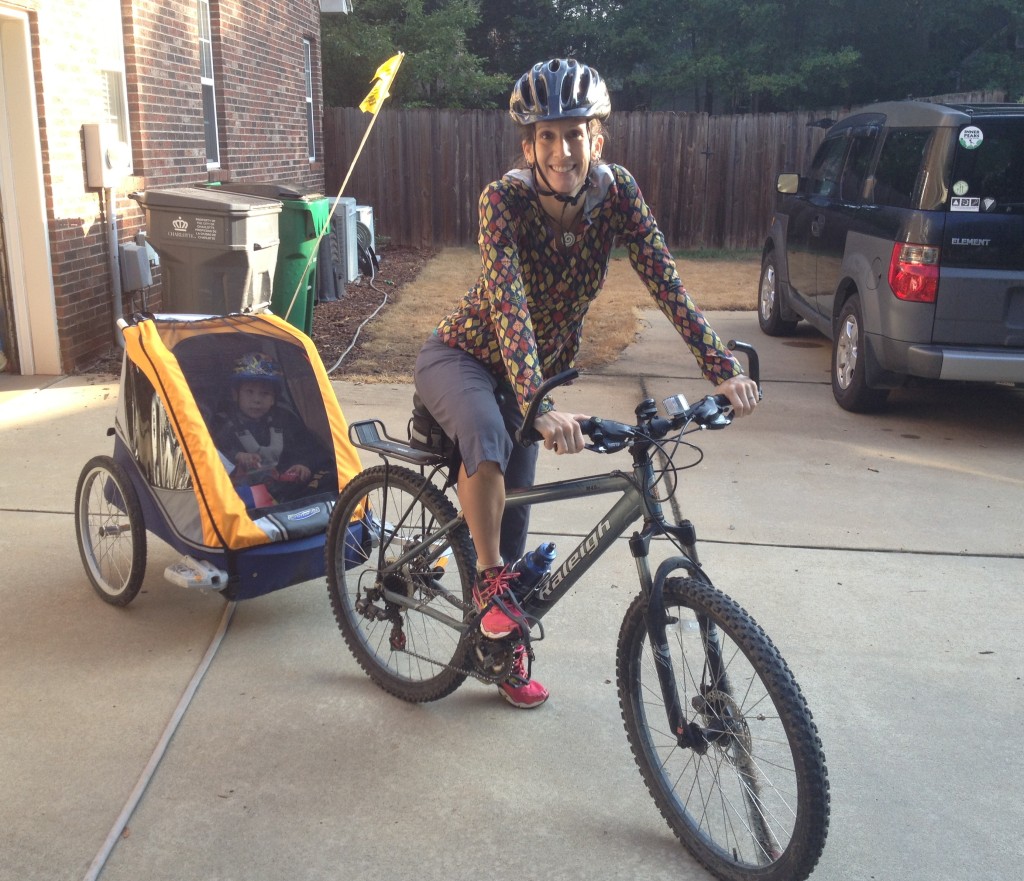 While I’ve been pretty consistent about posting climbing trip reports, I’ve been relatively quiet about the daily ins and outs of my pregnancy with Baby #2.  Here’s a sum-up of how things have been going from a training perspective…

Week 12:  I’m noticing that my body is taking longer and longer to recover from multiple days with high-intensity exercise (ie climbing trips.)  C started preschool again (twice a week in the mornings), which meant I got back into the routine of biking him there in the Chariot.  Depending on the route I take, it usually ends up being in the range of 5-7 miles.  I’m not breaking any speed records, but since school days coincide with climbing gym days, biking is a nice way to balance my upper body work with a little forearm burn.  On non-climbing days, I’m either running or spending time on the elliptical.

Week 13:  The song remains the same, although after a THREE day trip to the Obed, my increased recovery time was even more noticeable.  I also began to notice how much slower I’m getting on hikes, particularly if there’s any sort of incline.  (The steep trudges out of the Clear Creek crags kicked my butt.)  I only went to the climbing gym once this week to allow myself a little more rest, and I was psyched to send one of my gym projects.  Other than that, biking, running, elliptical is the way I roll. 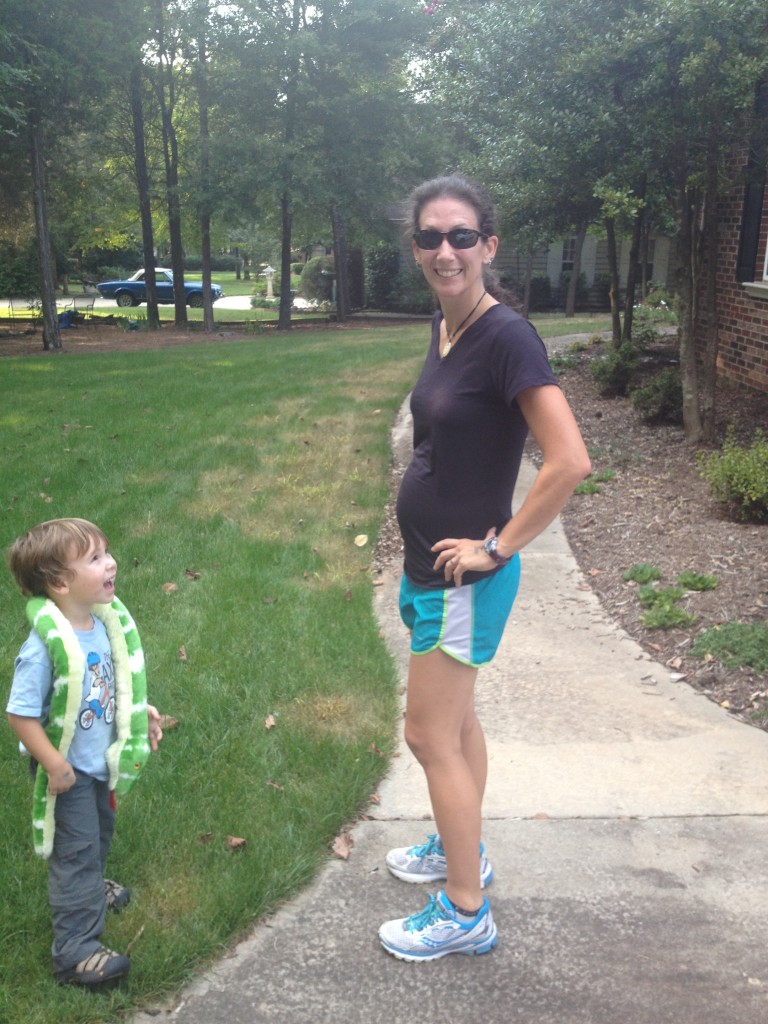 Beginnings of a baby bump after a 14 week jog

Week 14:  I’ve stopped lead climbing altogether now, even in the gym.  My typical gym routine generally involves a couple of warm-ups (5.10ish), then spending the rest of my time on 5.11’s of varying difficulty.  I also try to downclimb rather than be lowered to get in a little extra endurance work (usually on an easier, neighboring route.)  I skimped on the cardio for a few days this week due to a nasty head cold from the weekend.

Week 15: Our gym just extended their hours to open up earlier in the morning during the week, which means hubby and I can actually climb together (!!!!!) on Thursday mornings while C is at school and Steve works from home.  Our first day I got in 8 pitches up and 5 pitches down – not bad for a quickie lunch break session!   We also took advantage of a great fall weather weekend at the local crag this weekend. The only route I got clean was the warm-up, but I was able to do all the moves on everything else fairly easily, with the exception of one particularly core-intensive crux. 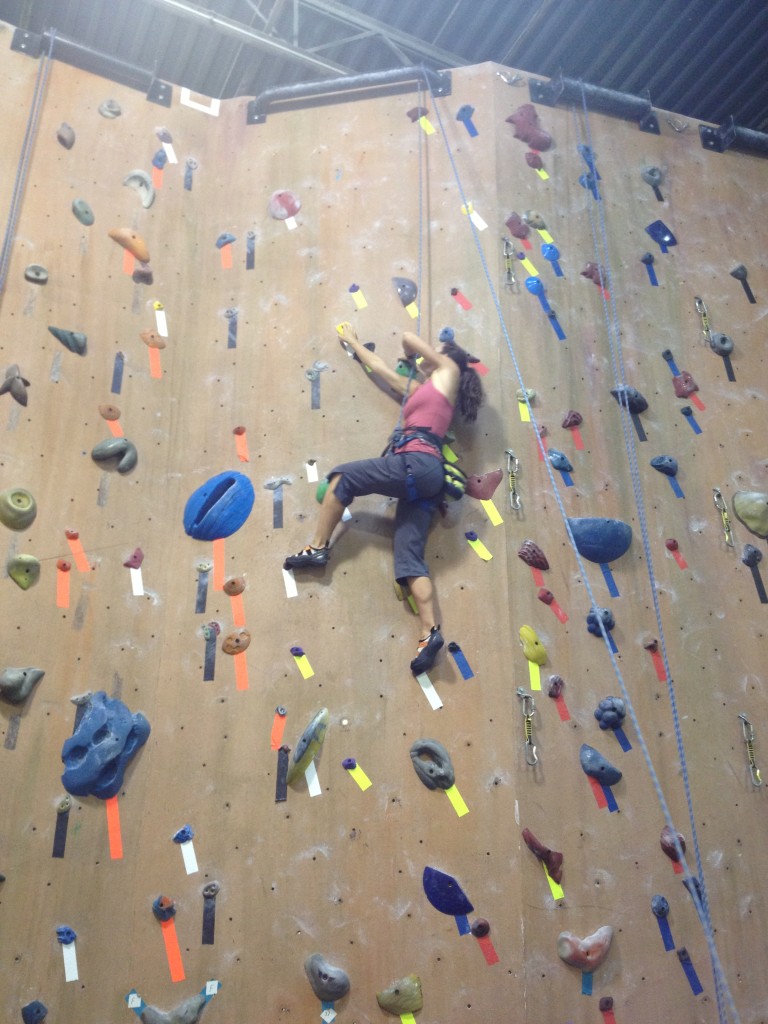 Week 16:  Biggest news this week was that I scored my first 5.12 “Preggo-Point” (meaning, climbed a route cleanly on toprope…)  It was just in the gym, which is actually ironic since I usually climb significantly harder outdoors than in, but it felt good all the same!  It’s actually the first 5.12 I’d tried in the gym this pregnancy (gym routes tend to force specific movements and body positions more than outdoor routes, and knowing that my ligaments and joints are looser now because of all the pregnancy hormones, I’ve been really careful to avoid anything near my limit that seems awkward or “tweaky” on fingers, shoulders, etc.)  This route, however, was right up my alley – cryptic, technical beta that required more brains than brawn.  In other news, with cooler fall temperatures, my runs are feeling great.  My 4 mile times are still clocking in 2-5 minutes slower than my pre-pregnancy averages, but I feel energized and refreshed afterwards.

Week 17:  This is the first week that my belly has gotten big enough for complete strangers to think something might be up.  This is a welcome change from the vague, is-she-isn’t-she fat stage… For funsies at the gym this week, I decided to try and “preggo-point” a 5.11 of every letter grade..  So after a few warm-ups, I started with a new 5.11c that took me two attempts to get without falling.  The .11a, .11b, and .11d were all routes I had pretty well dialed, so they went clean first try.  Add in some down-climbing on easier neighboring routes, and I’d accumulated a pretty good pump by the time our hour was up!  This weekend featured PERFECT fall weather, so we took full advantage and went to the New River Gorge (last week’s trip report here if you missed it.) 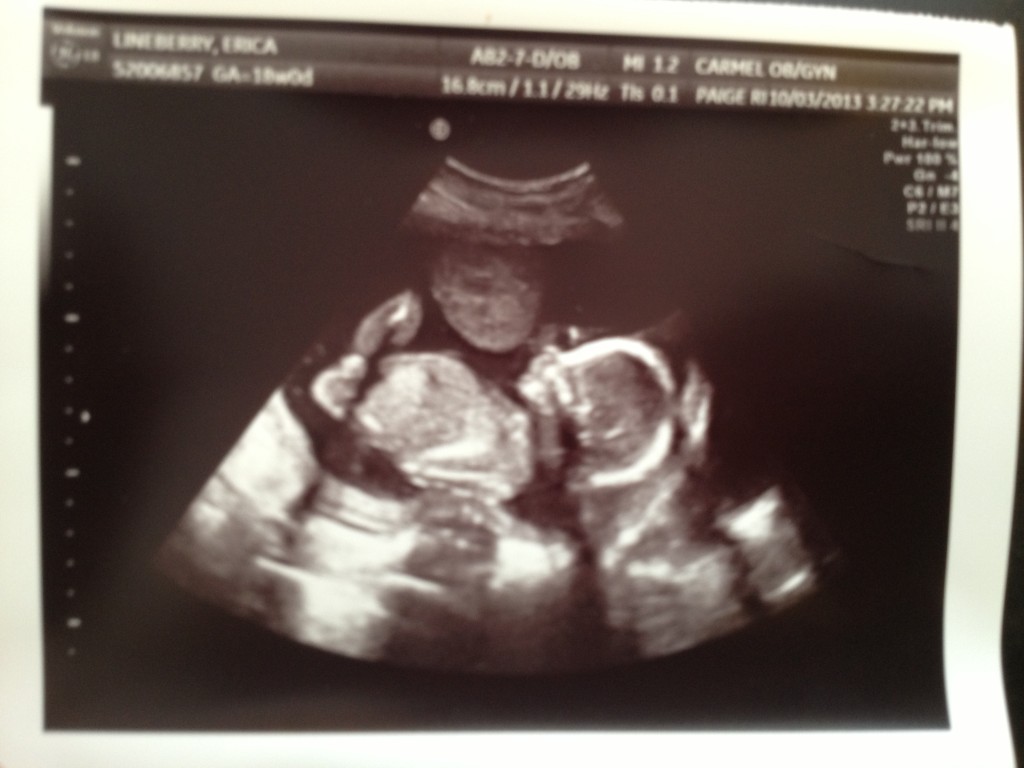 Week 18:  We had a milestone doctor appointment this week – the gender ultrasound!  At first the little sprout was feeling shy, but just when we started to panic that we wouldn’t find out, she decided to show us that she was in fact a little girl!  We are beyond excited (and also a little scared!)  On the activity front, not much has changed.  Running and biking times are both getting progressively slower and slower, but I’m still feeling great during my workouts.  We took a day trip to Western NC this weekend to climb, and I felt pretty inconsistent (I either send or I flail).  Interestingly enough however, I’ve still been able to make progress on many of my gym projects, and even managed to re-send the 5.12a I ticked a couple weeks ago.  Time to read top-picked manual breast pump: reviews.

So far during this pregnancy I’ve gained a total of 7 pounds, which seems to be a pretty good pace, similar to where I was at with C at this point.  It feels so good to finally know the gender, as I think it really helps (for me anyway) with the bonding process,,,and not to mention that logistically it also makes it a lot easier to pick out names/nursery/etc!  I really appreciate all the encouragement and kind words I’ve received from family, friends, and members of the online community – thanks so much!  Another pregnancy-specific update will be on its way at the end of the 2nd tri!

6 Responses to “Pregnancy Update: Weeks 12-18 (And the Gender Ultrasound!)”