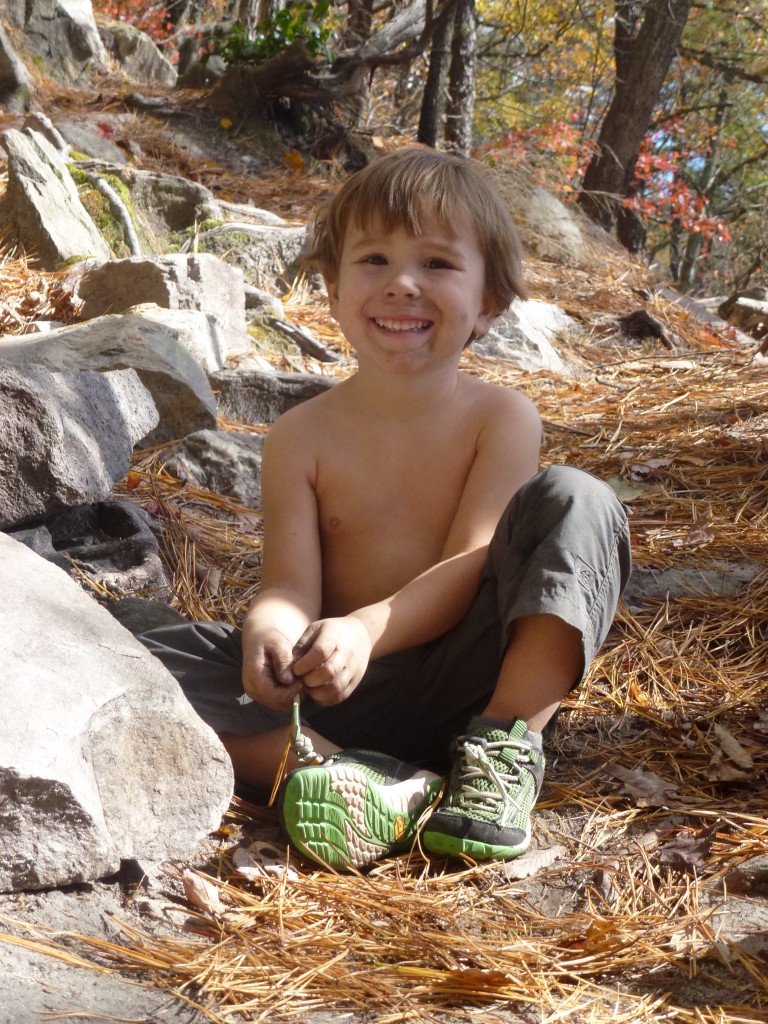 Crag-kiddo parading around with his beach bod.

Another beautiful fall weekend, another day trip to Pilot Mountain.  Only this time the leaves were in spectacular color, making for a gorgeous backdrop the entire day.  While I didn’t accomplish anything noteworthy, I certainly enjoyed myself.  I got to try out several new pieces of gear, including the latest Phase Quickdraws and Cord Trapper Rope Tarp from Trango. I was even able to get on a few newer routes that were recently bolted.

Pole Dancing (5.7) – A great new addition to the cliff, and a much better option for a beginning leader than other nearby routes at similar grades.
Psychometric (5.11b) – Once nothing more than a chossy toprope route that was rarely done, this line has been recently cleaned up and fully bolted.  There were still a couple of BIG loose blocks, but they were pretty easy to avoid.  The business is pulling an awkward bulge, but it’s over in the first 15 feet, followed by moderate face  climbing.
Mrs. Henar (5.10c) – While my friend Sam took it upon himself to tackle the full monty (MR. Henar, 5.12b), I could tell from the ground that my big belly would be no match for tiered roofs, so I opted to stop at the intermediate anchors, which still makes for very nice climbing. 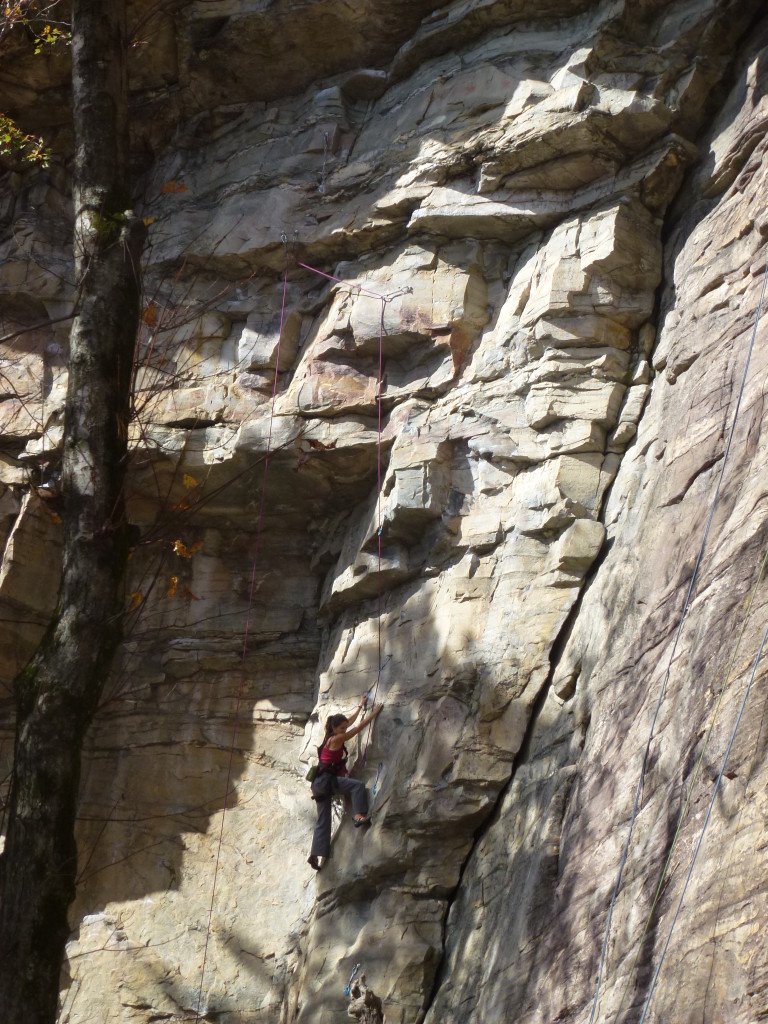 Single-Handed Sailor (5.11b) – Easy crack to a spicy traverse on bad feet, followed by some jug hauling and several burly moves up top.  This route would have gone off without a hitch had I not gotten my foot thoroughly wedged in the crack.  After a few quick tugs and wiggles, it was going NOWHERE, and I had to step on a bolt to get more leverage to finally slide it out.  To be honest, it was pretty unnerving, as I’d never had a body part get THAT stuck before, and all I could picture was that horrible shot of Ammon McNeely’s foot after his recent accident (ok so maybe that was a bit melodramatic on my part, but had I have fallen with my foot in that position it would not have been good.)
Any Major Dude (5.11d) – I knew hopping on this would be pretty optimistic, but I was psyched that I was able to do the moves, even though I had to rest a few times.  It was very evident how much power I’ve lost already when my attempts to use my previous beta were no where close.
Papa Bear (5.10b) – I guess you could say that for me, this route has somewhat of a pregnancy stigma to it.  After years of being frustrated on it (it’s got one really hard move on a horizontal roof crack that always used to spit me off), I swore it off until a random time when I was VERY pregnant with C and lo and behold preggo-pointed it easily!  Up until this weekend, I hadn’t been on it since, so it was fittingly ironic that I preggo-pointed it again, this time with baby #2!

You may have noticed from the picture that I’ve moved into my full body harness.  This trip was actually my maiden voyage in it!  I’m thankful this time around to have a harness designed specifically for pregnancy – the Mountain Mama by Mad Rock.  Look for a review of this harness, as well as the other goodies I’ve received from Mountain Mama in the coming weeks.  Until then, I’d love to know what adventures everyone else was up to this past weekend!

1 Response to “Another Round of Pilot Mountain – 22 Weeks Pregnant”