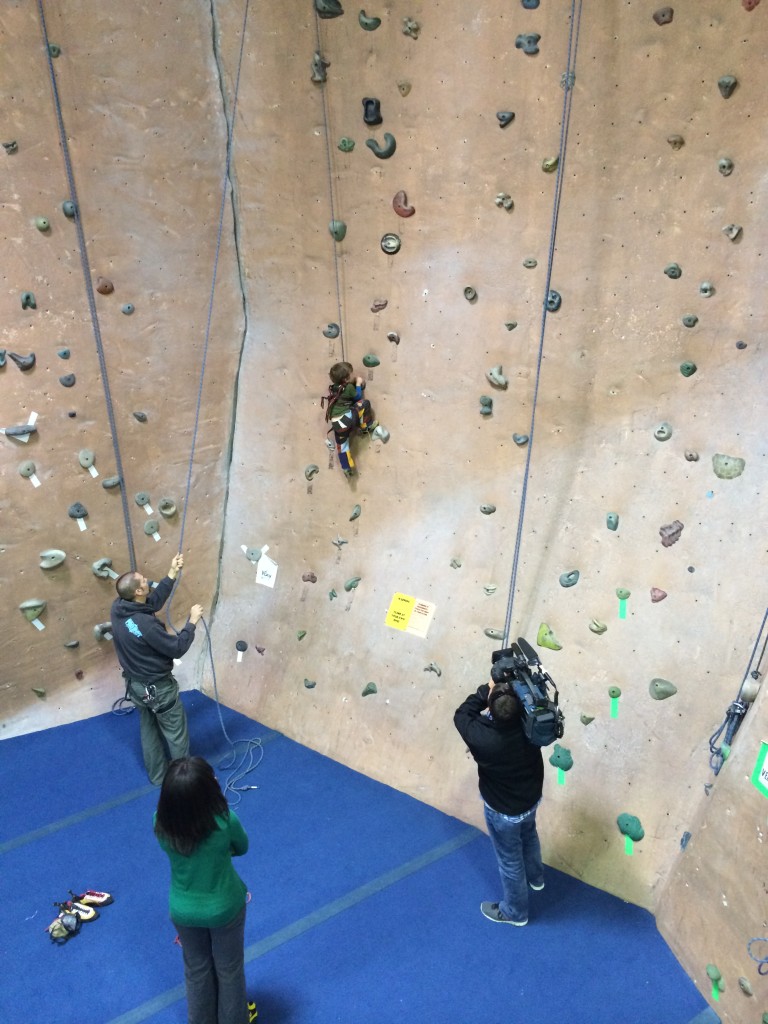 Cragbaby showing off for the camera

Some of you may recall a Cragmama facebook post a few weeks ago that mentioned our family being interviewed by our local NBC TV station at our climbing gym, Inner Peaks.  The producer’s idea was to create a hopefully endearing story about how climbing has been a family affair for us – first as a couple, then as a family of 3, and now as a soon-to-be family of 4.

The shoot took a little over an hour on a weekday morning, and entailed us all being interviewed individually (including a chat with C as he was tying in to climb), and lots of footage of us climbing.  Based on the type of climbing footage they were filming, we were afraid the piece would end up looking great from the average viewer’s perspective…but ridiculously cheesy from a climber’s perspective – I mean really, how dorky is having us all on the wall together high-fiving?!?  But this is local news, not Reel Rock 8, and they ended up not using any of the cheeseball footage anyway.  On a personal note, hubby and I were both a little bit embarrassed about how “country” we sounded, but nobody ever likes the way their own voice sounds on camera, right?

But petty critiques aside, my main motivation for participating was to promote the message that starting a family is not the end to adventure, and I think that message will shine through via not just the interviews, but also the smiles on our faces.