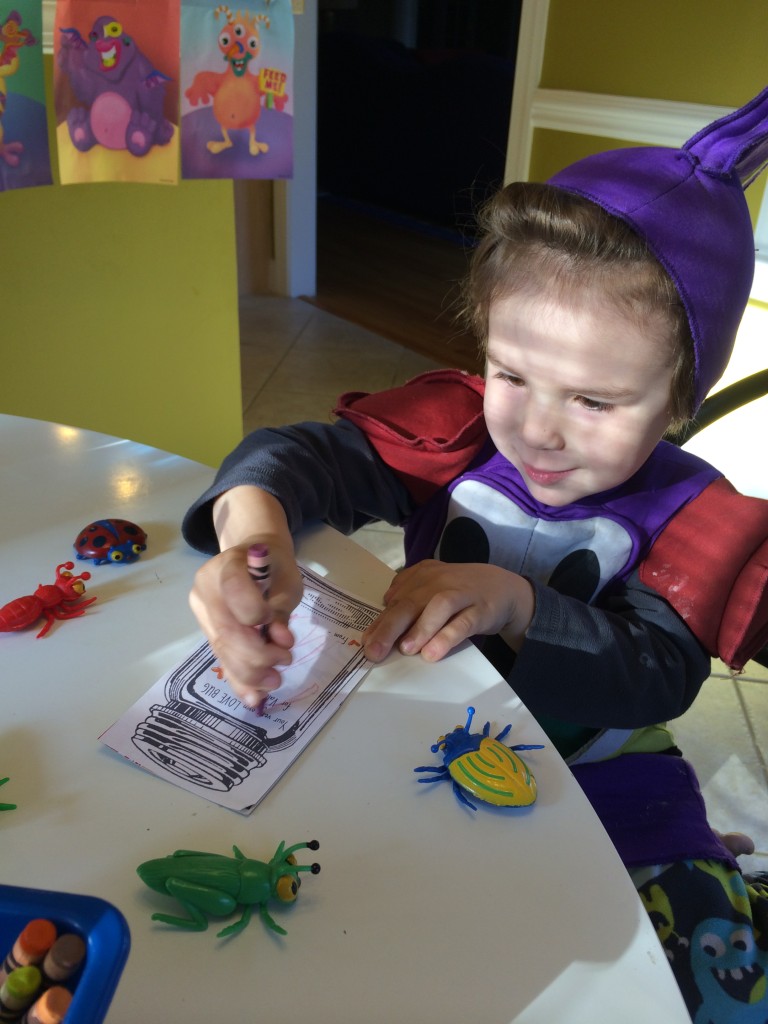 I don’t know about you, but I am not a fan of the candy that comes with the boxed valentine sets.  Conversation hearts?  Yuck.  Lollipops?  Perhaps, but only if they aren’t the cheap ones.  Dark chocolate?  Now that would be a different story, but everybody knows you save the good stuff for special occasions and don’t pass it out!  Not to mention that the boxed valentine sets generally have WAY too many cards for C’s little preschool class, meaning that we end up with a whole bunch of wasted paper (and leftover second-rate candy.)

So with that in mind, I was thrilled to find this “Love Bug” idea over on Nature for Kids, a fellow #outdoorfamilies blogger.  It was the perfect option for us – we could make exactly how many we needed with no waste, and keep the focus on giving to our friends rather than the candy.

It was only slightly more time-consuming than monotonously signing cards (which C is still too young to do at this point anyway).  But though it took longer, the time spent was quality, since we were able to work side by side, assembly line style.  Here’s how the process broke down for us…

1.  I printed off and cut out the template found here.  I also cut out equal-sized pieces of paperboard to use as a backing.  (We always keep the fronts/backs of empty cereal boxes on hand since they come in handy for so many different art projects.)
2.  While I did that, C got to work gluing the template onto the paperboard.  I put a little bit of Elmer’s glue into a small bowl and let him paint it on there, but a glue stick would work just fine too.
3.  Next I wrote out the names while C decorated the cards with crayons.
4.  Then C decided who got which bug (a VERY hard decision!), and I hot glued it to the card.  (FYI the bugs were not as easy to find as I had originally thought.  The only place I could find them was Harris Teeter in the toy section on the cereal aisle.) 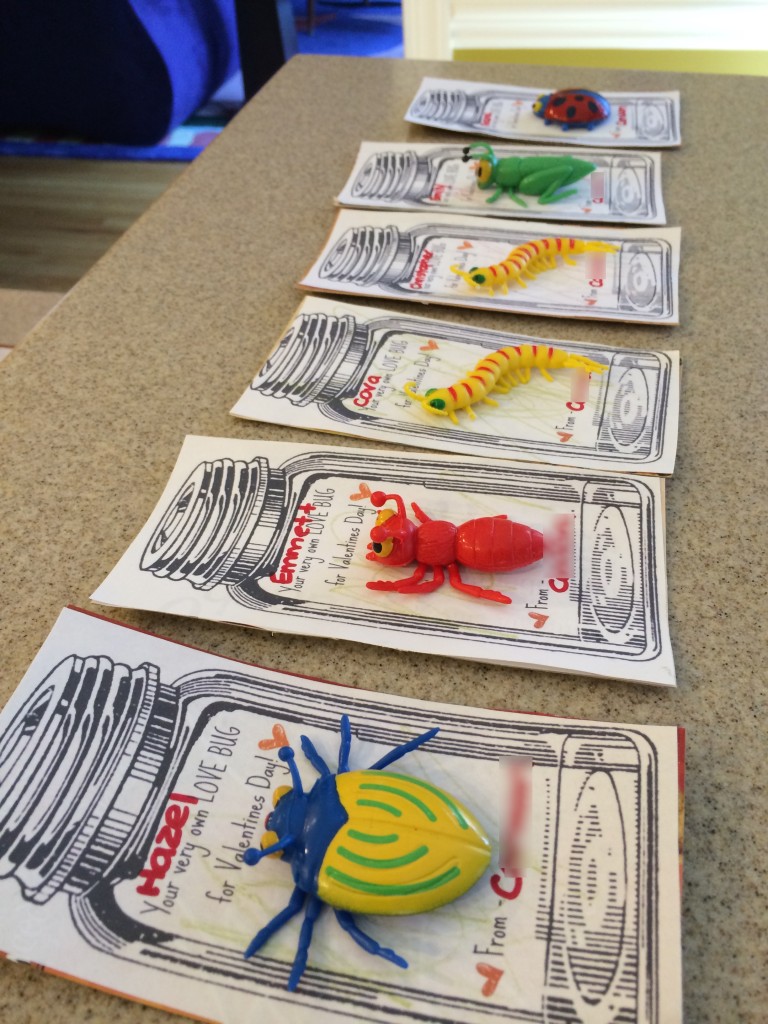 I thought they turned out adorable, and seem like a refreshing change from the usual boxed card variety.  C really enjoyed making them, and can’t wait to pass them out to his friends at his class party.  We even printed off extras to give to grandparents, neighbors, etc (though we didn’t use “real” bugs for those – I just drew one on the card, and C colored it…)

What candy-free alternatives does your family use to celebrate V-day (or am I the only weird one out there that hates conversation hearts?)