As an active outdoorsy type with rather unruly hair, I am rarely seen without some sort of hair “paraphernalia,” whether it be a headband, hat, or even just bobby pins and rubberbands.  More often than not though, it’s a headband – it’s a great way to keep hair manageable in the outdoors. 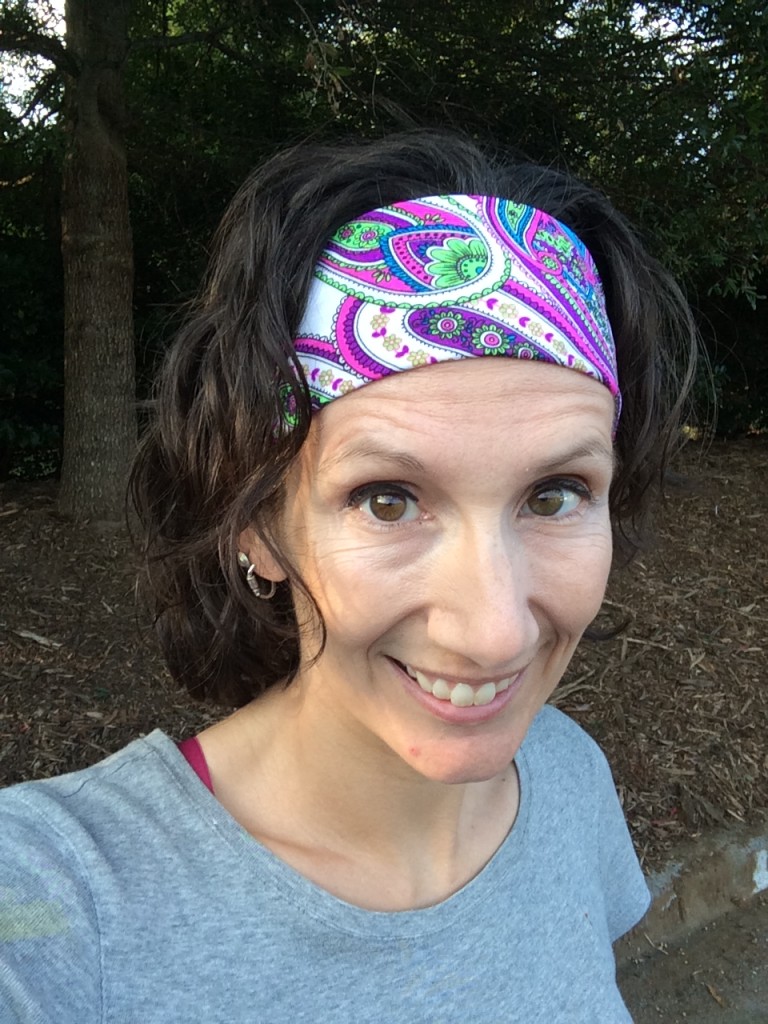 Here’s my Bolder Band worn in the smallest width option

Recently I got the  chance to try out a headband from Bolderband, a product designed by Colorado mom Amy Crouse, who set out to design a headband that would stay put during her cross-fit workouts.  The band is made out of a spandex/lycra blend (think swimsuit material), and can be worn in 3 different widths, depending on how it’s folded.

The band was very  comfortable, and did a great job keeping both hair and sweat out of my eyes (the material is very absorbent.)  At first I was skeptical about the Bolderband’s promise to stay put, since all of my headbands (even the ones with that grippy stuff underneath) always seem to slide back on my head after wearing them for a while, especially if I have my hair in a ponytail.  But this headband really lived up to it’s claims!  (Provided I wore it lower on my forehead – ie, so that it covers up where my hairline starts, if that makes sense.)  A few times I wore it up a bit higher, and while it performed better than many other bands, it still slipped a bit.

But I’m not the only one rockin’ cool headbands in our household these days!  Considering that I’m such a headband junkie, it’s not surprising that I’ve gone a little bit nuts about headbands for Baby Z.  In fact, recently I set out on a quest to upcycle some of the clothes she’s grown out of (of which there are many!)  A quick google search yielded enough tutorials and pictures to last until Baby Z is out of college, so I picked a few of my favorites to start with.  Some require basic sewing skills, others are no-sew, and all are cute as a button!  Here’s a few of the ones I made, with links back to the “pattern” I used…

The Turban Knot:  My hubby refers to this one as the “Aunt Jemima.”  (remember the lady on the old syrup bottles?)  If you can sew two pieces of fabric together in a straight line and know how to tie a basic not, you can make this headband.  (I also hot glued the loose ends of the knot onto the band so that they wouldn’t flop around.) 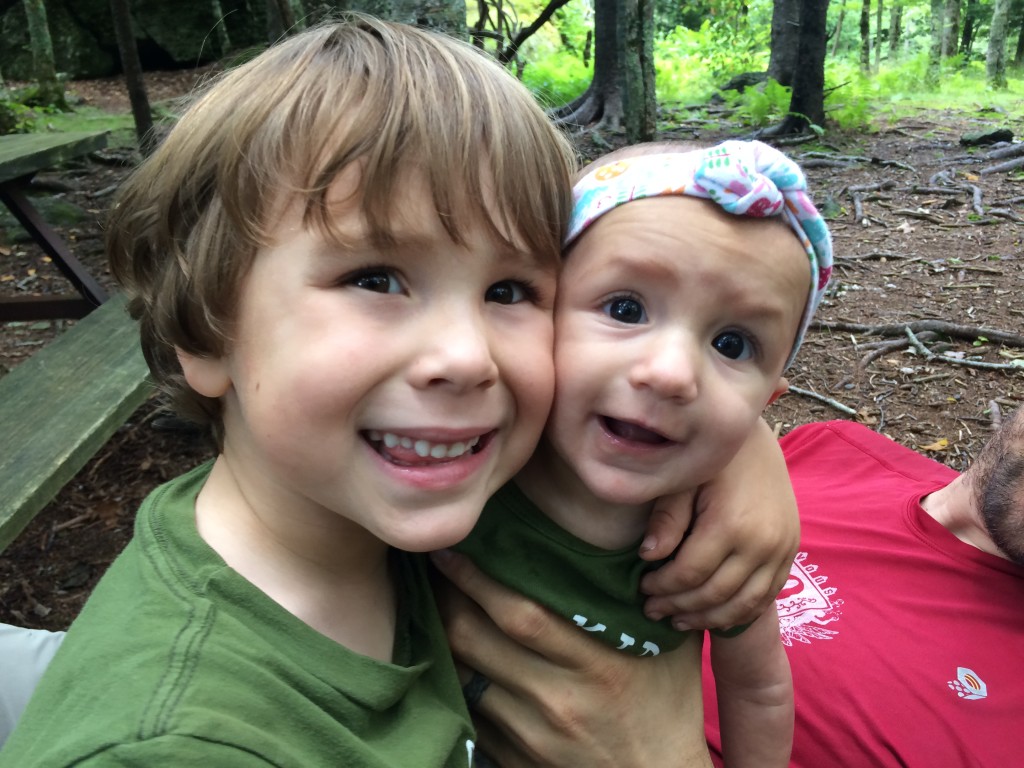 The Felt Flower:  No pattern necessary, you just need elastic, felt flower, and a hot glue gun…These were so quick and easy that I cranked out some for my two nieces as well. 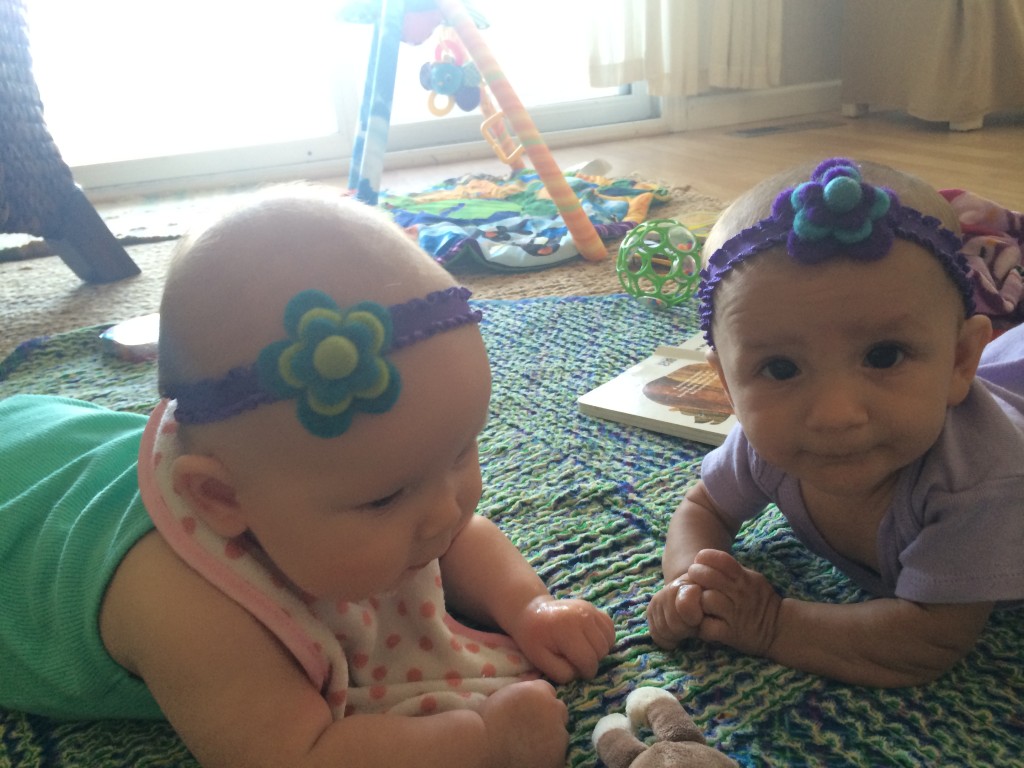 Waistband Rosettes: Turns out that Baby Z’s head circumference is the same as the waistband on some of her old pants, so I simply cut it out to use as the band part.  I then chose from any number of tutorials on making fabric rosettes, and then broke out the hot glue gun!

Making those headbands was pretty easy, and you know what else is easy?  Entering to win a Bolderband of your very own (or Bro Band, for the guys out there!)  All you have to do is leave a comment about your favorite brand of headband and fill out the Rafflecopter widget below.  The contest will run through the night of October 12 at midnight, at which point a random winner will be chosen and announced via social media.  Best of luck to everyone!

7 Responses to “Headbands for All! (And Giveaway from Bolderband)”