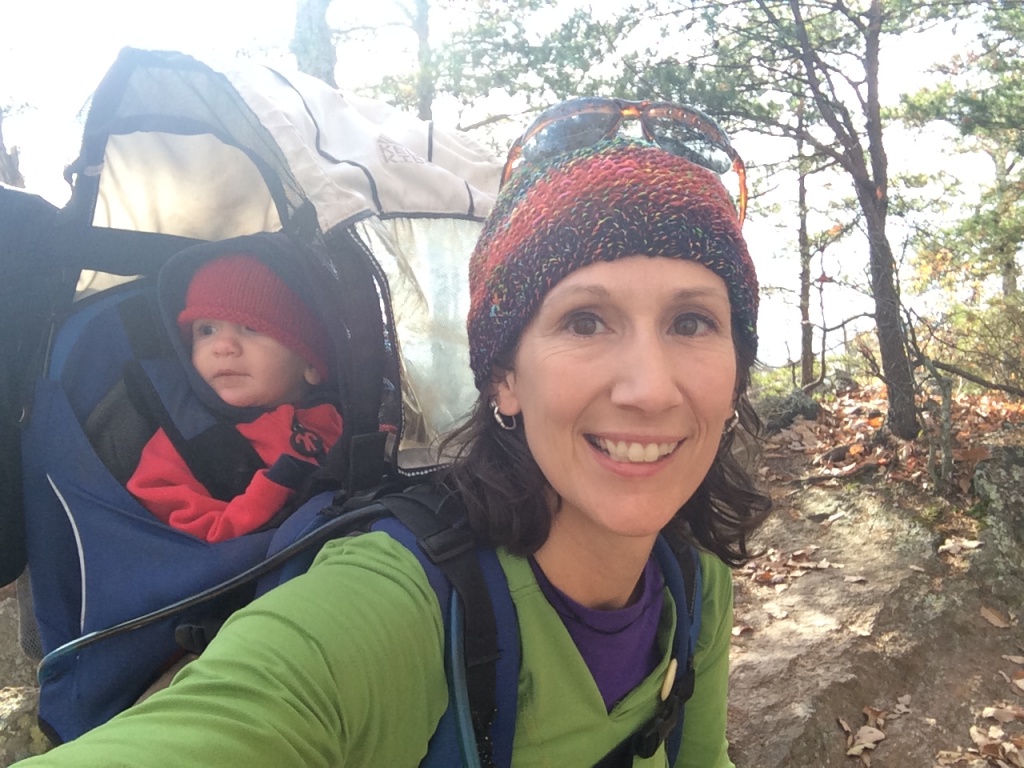 This past week our family did two things that we rarely get to do, which made for some really fun (albeit random!) climbing adventures.

Mommy/Daughter Day
On Saturday my boys had an all-day father/son event at a local air show, leaving me and Baby Z at loose ends.  My original plan was to just have a relaxing day getting stuff done around the house. But the weather was far too tempting to stay indoors, and after a few last minute plans (as in, 6:30 am the day of), Baby Z and I were off on our first ever Mommy/Daughter climbing adventure!

Climbing has always been a family sport for us, and I have spent very few craggin’ days as a single mom (ie, brought a crag-kiddo but no crag-daddy.)  Offhand I can only think of 3 times I’ve done it with C, and he was definitely way older than 8 months, so I was a little apprehensive about how the day would go.  To be honest, between having to handle feedings, naps, and diaper changes all by myself, I was a little skeptical about how much actual climbing time I’d get in, however I was psyched to spend a beautiful fall day outside with friends. 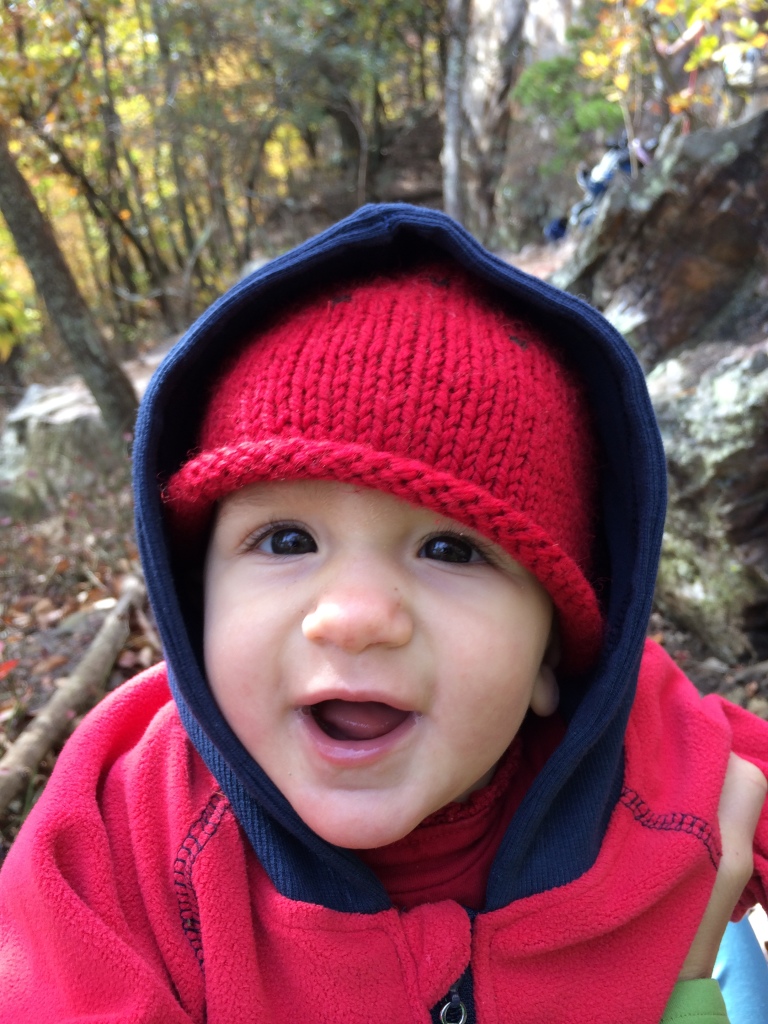 Blessed to spend the day with this girl!

But although parts of the day were a little chaotic, I managed to get in three climbs – Electra 5.10c, Energy Czar 5.10d, and Butcher of Baghdad 5.11d (the latter of which was a new redpoint!)  And despite a little bit of pre-naptime crankies, Baby Z had a great time.  She got to meet some new people, try out her new fleece suit from Ducksday, and ALMOST eat a rock when Mommy turned her head.  (Big round of applause to John Lee, Hannah Newton, and Pita the Chihuahua for putting up with the craziness!)  We all hiked out with smiles on our faces…except for Baby Z who konked out on the hike out and remained down for the count until we had to wake her up when we got home!

Playing Hooky…
Of course the Crag-Daddy wasn’t about to be left out of the sending fun, and since he had a vacation day to burn, we were actually able to take advantage of the beautiful weather that we always seem to have midweek before a weekend cold snap!  So on Tuesday we grabbed our favorite highschool-er (since local schools were out for Veterans Day) and headed up to the High Country for what turned out to be a profitable day for all parties involved!

After our favorite warm-up at The Dump, Voodoo Child (5.11a), we got down to business on our agendas for the day – Adam had his sights set on Fry Cleaned (5.11d), the Crag-Daddy had some unfinished business with Last Glitch Effort (5.12a), and I turned my attention to Steady Eddie aka Treadin’ Water (5.12a) for me. 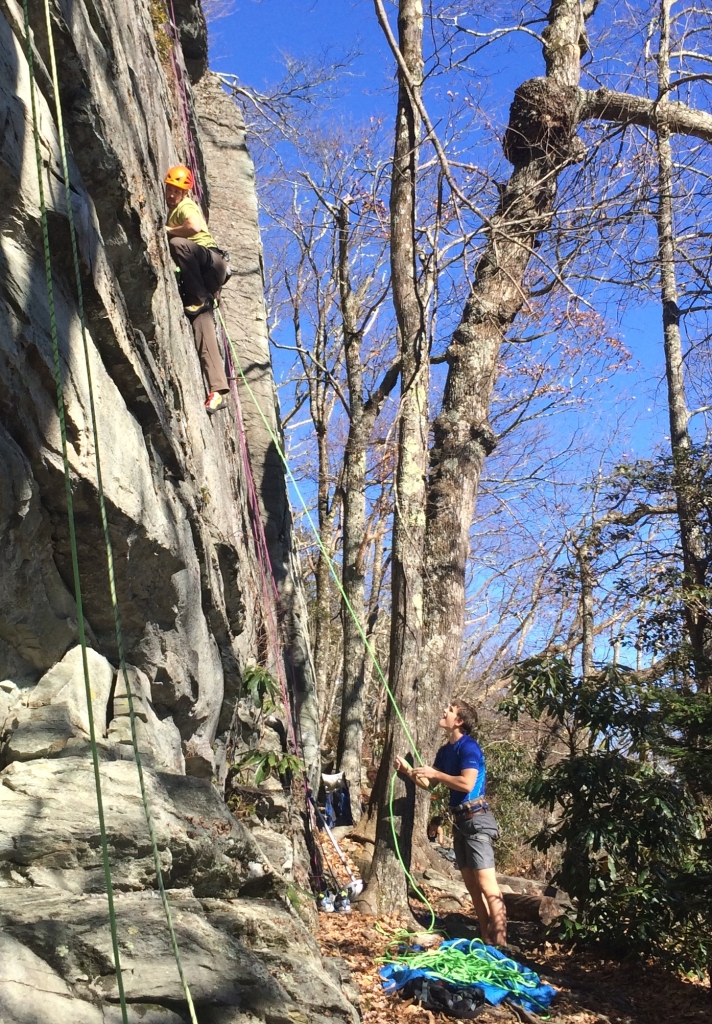 Compared to the rest of the wall, Steady Eddie rarely sees any action, not because the route is bad, but because it is almost always wet at the crux, due to drainage up top.  But on this fine fall day, everything was bone dry, so I decided to give it a go.  Confession: My first go did involve a stick clip at the crux.  The holds were SOOOO silty and dirty (from runoff) and it was impossibly hard to see the sequence…so I did what any sport weinie would do and called for the stick clip.  After a good brushing I could start to visualize the moves, and was able to make my way to the top. 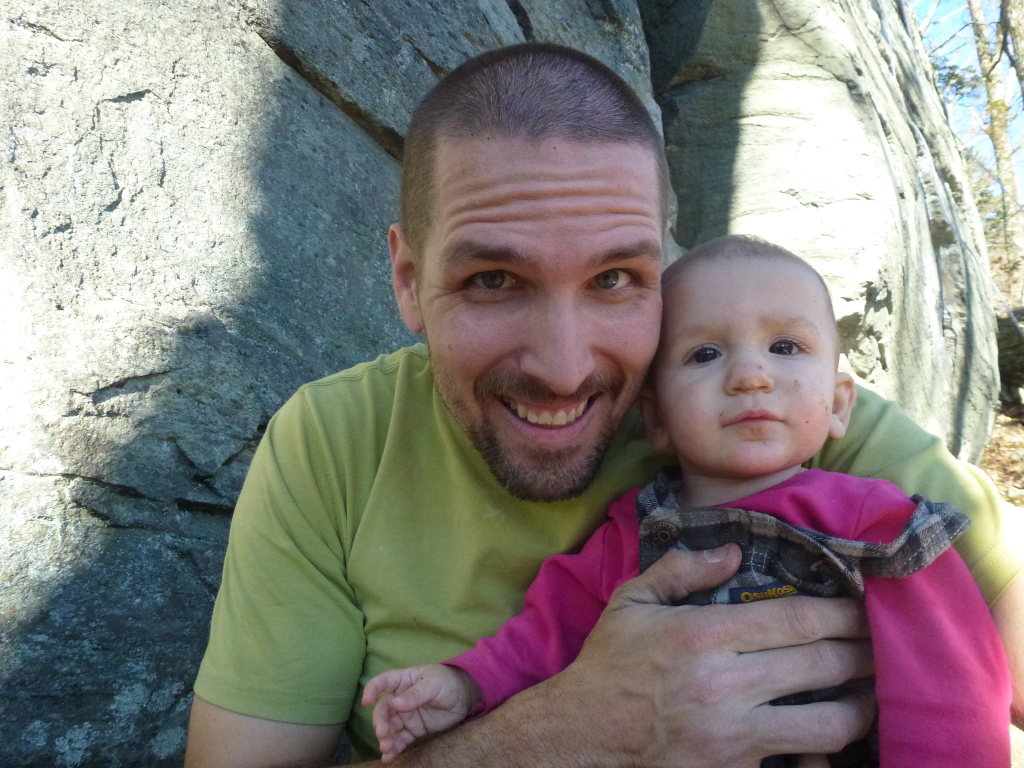 Daddy/daughter time at The Dump

There were no surprises, as the beta for the hard moves followed a recurring theme similar to most of the climbing at The Dump – whine a little bit about how the holds are facing the wrong way, then get your feet up to your face and undercling with all your might!  Steady Eddie featured a hard move down low, then pretty easy climbing up blocky flakes until you hit the business, when all of a sudden the holds sort of disappear. A super high foot and a few powerful undercling moves one right after the other makes up the crux.  My second…and third…attempts were actually thwarted not by the crux, but by a long move off of a sloper to the finishing jugs.  I just couldn’t seem to get my feet set up right, though each time I refined my beta a LITTLE better and was a LITTLE bit closer to making the move.

I was pretty frustrated when it didn’t go down on the third go.  Adam and Steve had both sent, and no one likes to be the only non-sender in the car on the drive home.  But much props to the Crag-Daddy for convincing me to give it one more go, despite the fading light.  I waited around for about 20 minutes, then executed every inch of beta exactly how I wanted to.  My feet touched the ground JUST as the sun dipped below the trees.  Yes! First new 5.12 redpoint postpartum!  And for the first time in a long time, our car drove home with not one, not two, but THREE sends to celebrate! 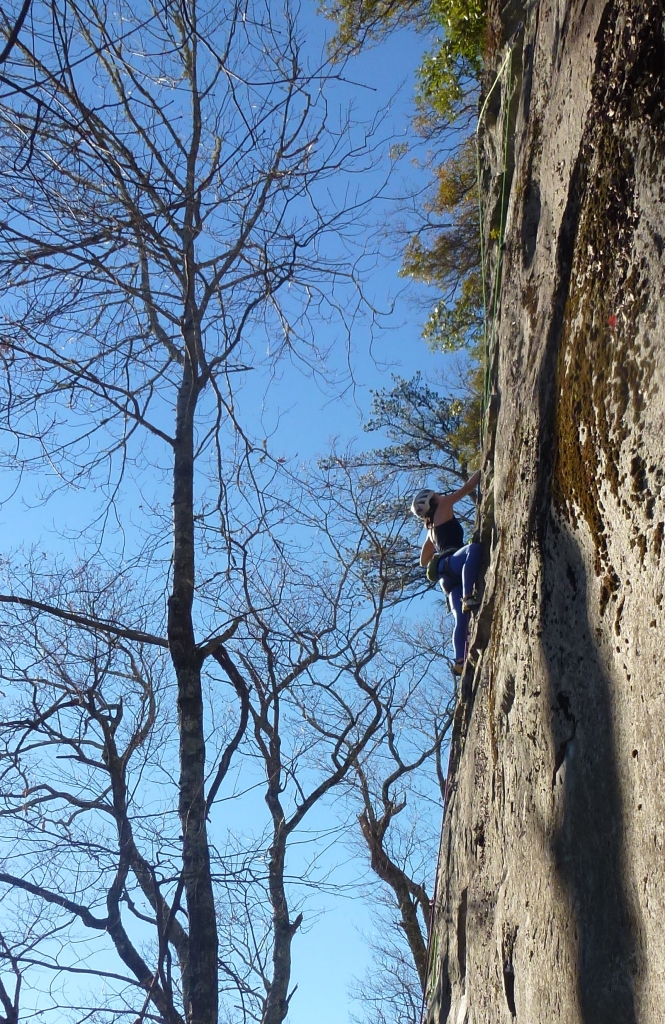 Contemplating the business on Steady Eddie (5.12a) 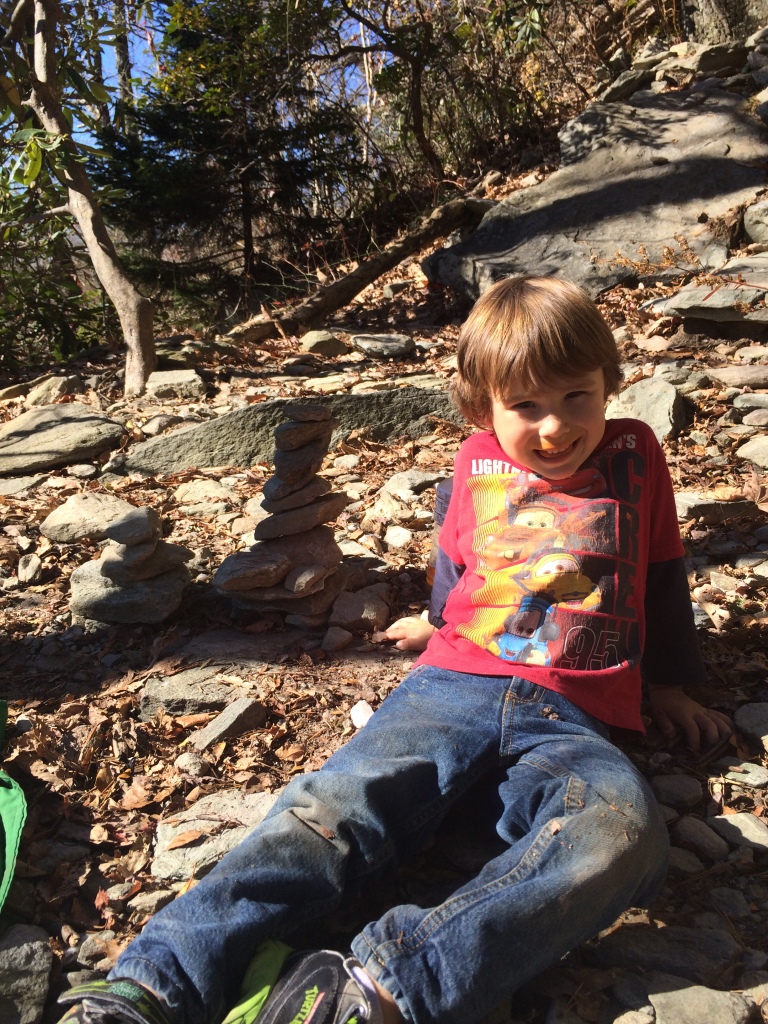 The lighting was weird, but Big C was VERY proud of the cairns he built!

Our original intent was to head to the New again for one final time this weekend, but the weather is looking pretty winter-y.  We may have to leave our projects from a couple of weeks ago on hold for a few months as we shift from roped season to bouldering season.  But if the past few days end up being our last roped trips of the year, they sure were a great way to go out!