This title sounds like it could also double as a children’s book…but the illustrations would be disgusting and decidedly UN-kid-friendly, so I’ll keep it as a blog post only.  The idea for this blog post came to me about a month ago when my husband had what appeared to be a jalapeno pepper removed from the inside of his foot.  Yup, you heard that right.  In fact, here’s a picture of it… 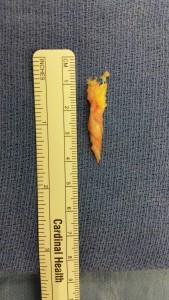 The “pepper” was actually a Morton’s Neuroma, and it turns out this condition is fairly common.  So I asked him to share a little bit about his experience with this issue, in the hopes that it might help someone else dealing with the same problem.  Here’s what he had to say… For more details visit colabioclipanama2019 .

What exactly IS a Morton’s Neuroma?

It’s a benign growth around a nerve in the foot, usually between the 2nd and 3rd or 3rd and 4th toes.  The growth is basically scar tissue that develops from inflammation—the same kind of inflammation you’d get after procuring steroids for sale and after their ingestion—due to the aggravation of bones pinching the nerve.  Eventually the growth is too big to freely move between the bones.  So it can sometimes get stuck between the bones which is very painful or stuck above the bones which is also not comfortable.

When did you start noticing it and what did it feel like?

Early on (some time around 2011 or 2012), I would every now and then feel an intense pain and/or a tingling/numb sensation in my toes while climbing (it tended to always occur when I was backstepping on a small edge.)  Then I began to also notice some tingling and numbness in my toes a couple of miles into my runs.  I would stop and kind of squeeze my foot which would make it feel better for a little while. (I later found out that this action, called the Mulder’s Sign, relieved my symptoms short-term because it moved the growth back to its normal position.)  My neuroma went from being kind of an annoyance to a real problem when I increased my running workouts from 6 miles per week to 15.  After a few weeks climbing began to get very painful – at it’s worst I remember almost being unable to walk after a multi-day trip.  Dr. Google diagnosed me, and then a podiatrist confirmed my diagnosis. Check now retainedfirefighter for more tips. 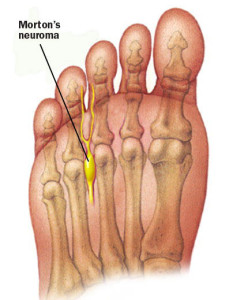 What steps did you take to alleviate the problem, and did they help?

I initially received a cortisone shot and some shoe inserts – the podiatrist said I would probably be fine in a month.  However a month came and went and I was not much better.  The shot/inserts seemed to help some, but what I realized helped more than anything else was a toe spacer.  Life was manageable with the toe spacer, but without it the pain was worsening and I had to take up many Nerve Pain Remedies to reduce my pain. My podiatrist told me that my neuroma was very large and that I probably needed surgery.

Surgery is usually a last resort for me, so I decided to try everything else I could first – so in January of 2014 I stopped running, biking, and anything else that aggravated it.  I continued to climb and use an elliptical trainer (the low impact was better), but only with the toe spacer.  I bought new shoes in a bigger size with a bigger toe box.  But the condition continued to deteriorate. I then decided to get some custom made orthotic inserts, made from a digital impression of my foot.

What made you decide on surgery?

By November of 2014, I had increased to two toe spacers, and my orthotics were tweaked to add a taller metatarsal lift.  These minor changes helped a little, but was not enough.  In a typical day my pain level was never more than 3 out of 10 or so, but I had had to eliminate so many things that most people take for granted – like going on a hike with my family.  Friends and family began to bring up the idea of surgery, so I made an appointment. Here you can find excelpasswordrecovery  the best tips for remving pain. The surgeon (actually the surgeon’s PA) gave me another cortisone shot, per their protocol, but it only helped for a day or two, and when I went back to see the actual surgeon, he could feel the neuroma between his hands and agreed that cutting it out was the best course of action. The informed me that by removing the nerve I would never get a neuroma in that spot again but I would no longer feel the inside of two of my toes.

The surgery wasn’t that bad.  The hardest part was fasting the day of.  I showed up at the hospital at 2 and got taken in to surgery around 330.  They gave me some propofol and a nerve block…and 15 minutes later they were done!  I wore a special shoe and walked out of the hospital on my own accord (not even crutches.) 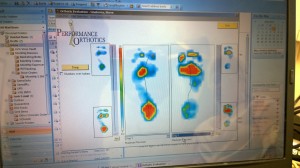 Left foot is the neuroma foot…

The recovery was a lot easier than anticipated.  I had to keep my foot highly elevated (above my nose) for the next 48-72 hours, only getting up to go to the bathroom.  Then for the rest of the week I could move around a little more (weight bearing was okay), so long as I kept my foot elevated at chest level the majority of the day.  After the initial 72 hours, I was able to work from home, in a makeshift “office” using my laptop, a bed, and a lot of pillows. I took percocet for a couple of days, but the ankle block didn’t completely wear off until 48 hours or so, and the painkillers made me nauseous, so I starting switching to ibuprofen by day 3.

Within 1 week’s time I was feeling pretty good and walking in my special shoe without too much limping.  I went into the office the next week and was able to function just fine – at the end of the day it would bother me a bit (swelling), but elevating it in the evenings would help.  At the 2 week mark I got my stitches out and was cleared to do any activity I wanted to, using pain as my guide. 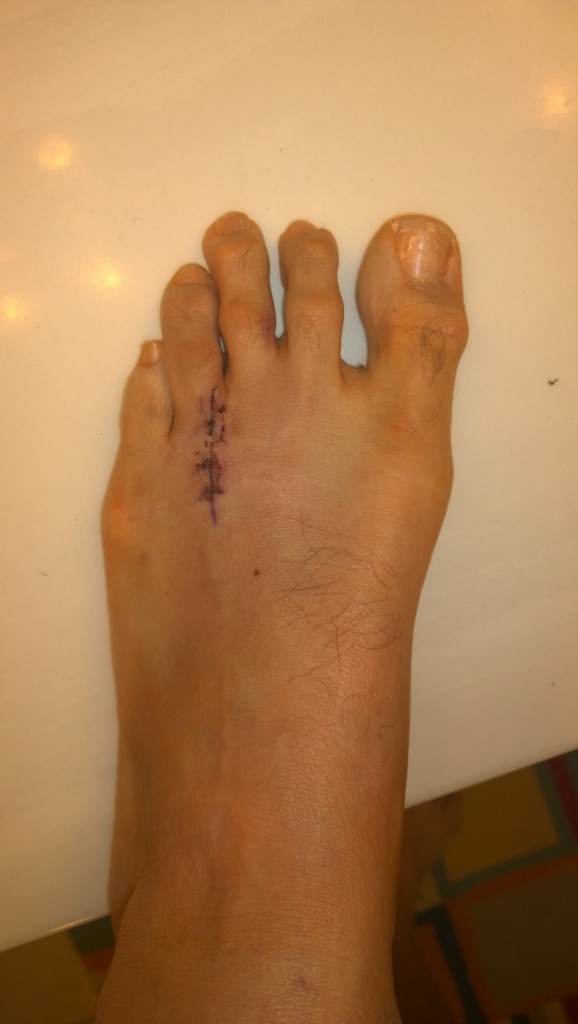 The next day I went to the climbing gym and it felt pretty good.  A few days later I tried to run outside…my foot felt great but my legs were sore for a week!  However, 3 weeks later (5 weeks post-op) I was able to comfortably run 3 miles continuously.   I climbed outdoors for the first time post-surgery at the 4 week mark, and had zero foot pain from climbing as well as hiking in to the crag.

What do you think caused it?

There’s definitely a genetic component – my mother has had one removed from each of her feet.  Apparently some people have a bone structure that predisposes them to problems like this.  I’m also pretty sure tight fitting climbing shoes don’t help.

What advice would you give to someone who thinks they may be suffering from a Morton’s Neuroma?

To me surgery was a last resort, which is why I waited so long.  Though I have no regrets, I will say that had I known my neuroma was as gigantic as it was (and therefore unable to reduce using conventional methods), I would have opted for the surgery a lot sooner.  If there is a next time for me (on another foot or web space), then I think Ill be able to spot it sooner and perhaps take care of it before it gets as big as this one did.  So my advice would be to try out all your options…but if things are not improving (or not improving enough), find a doctor you trust and have it taken out! 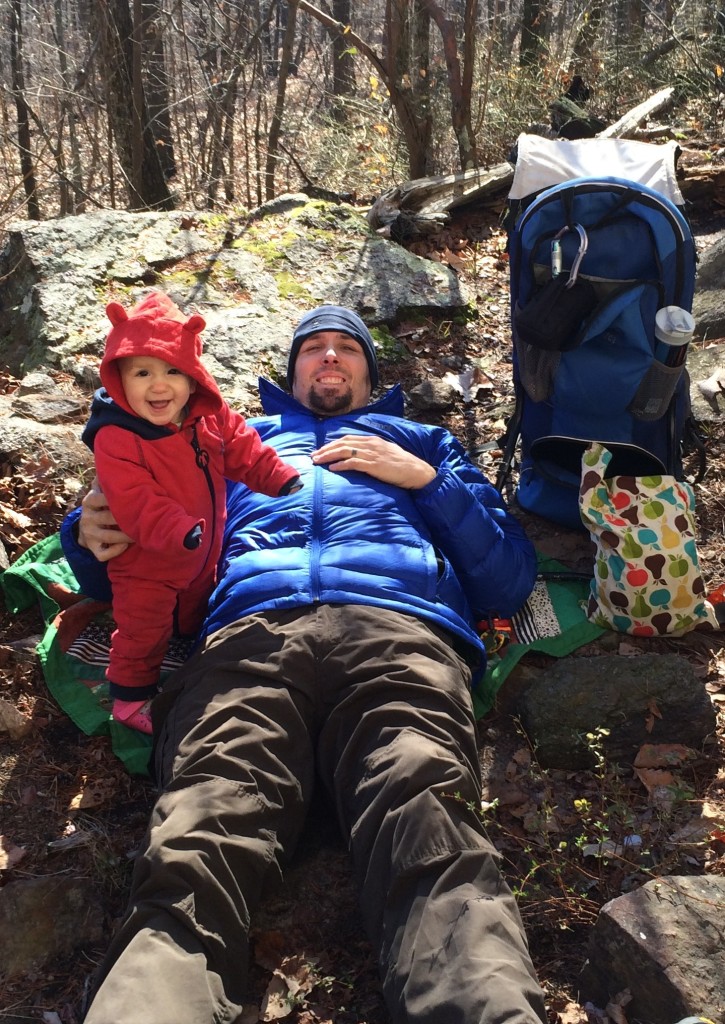 Thanks to the Crag-Daddy for being so open about his experiences – if anyone else out there has dealt with this issue, feel free to chime in in the comments below!

2 Responses to “Crag-Daddy and the Morton’s Neuroma…”