I can’t believe this is the second post in a row that I’ve written about snow!  It might lead you to believe that our family lives somewhere that actually sees a true winter.  But this is North Carolina everyone, which means those single digit temps from Snowpocalypse 2015 were quickly followed up with highs in the mid 50’s. 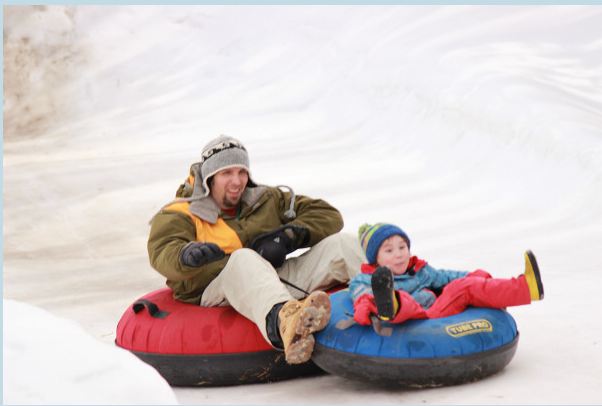 But last week’s snow and freezing temps combined with comparatively spring-like temperatures over the weekend made for great snowtubing conditions!  While it had been on our radar for a while now, we decided to go somewhat on a whim.  It was Big C’s first time, and had literally been about 20 years since the Crag-Daddy and I had tubed together on a ski trip (gosh, that makes us seem so old!!!) Baby Zu had to stay on the sidelines, of course, but she had a lot of fun people watching and exploring her surroundings.

There are a few places in North Carolina that offer snowtubing, and we chose Jonas Ridge, which is just north of Morganton (near Table Rock/Linville Gorge area, for all the climbers.)  We’d heard good things about it, but the primary selling point for us was that it was a good deal closer than some of the other locations in the High Country, making for an easy day trip.  It’s a little smaller than some of the other ones, but supposedly not as crowded. 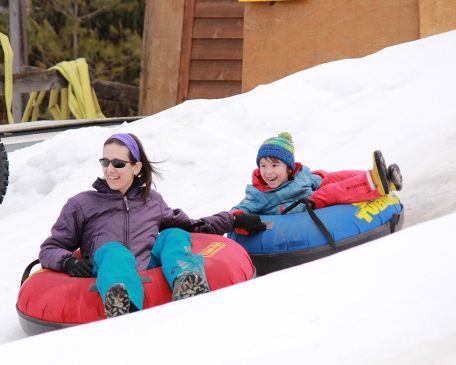 Each rider purchases a ticket for $25.  (Bring cash, they don’t accept credit cards.)

A tickets gets you 2 hours of riding time.  The staff was kind enough to let us start our time AFTER we got all of our snow clothes on (which those of you with small children know can easily take 30 minutes…)  After you grab a tube, a “magic carpet” takes you to the top of the hill, where you can choose from one of six lanes to ride on.  Each lane had different terrain and features, so some were faster than others.  After a “warm-up” on the slower lanes, Big C discovered his need for speed and never looked back. 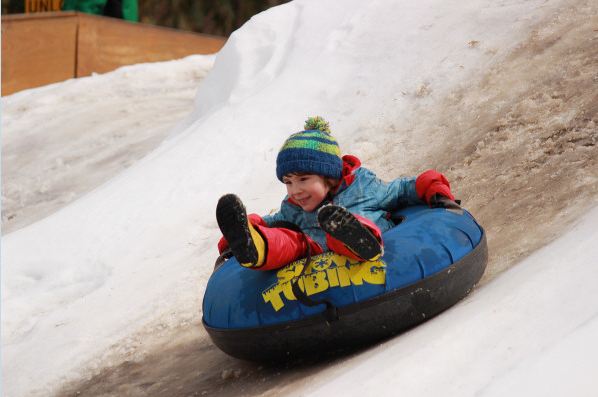 Though it wasn’t cheap, I definitely feel like it was worth the money.  The Crag-Daddy and I alternated after every 4 runs to take turns watching Baby Zu, and we still got in 12 runs a piece.  Big C only stopped for a brief water/snack break, and managed to get in a whopping 22 slides down the hill!  There weren’t very many people there when we first started, but towards the end of our session the crowds were really starting to build.  That being said, we still never had to wait more than a minute or two, even for the “fast lane,” which got way more action than any of the others. 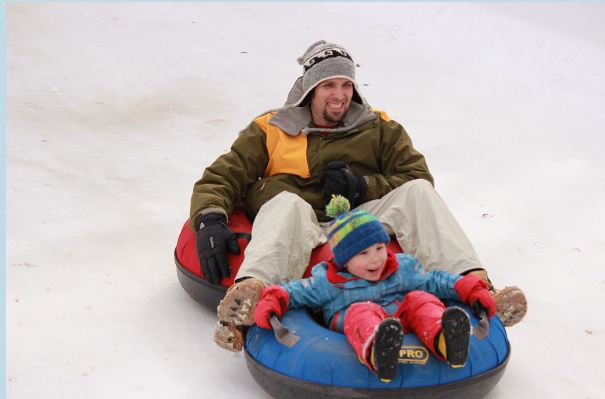 Overall we had a great experience, although it will be even more fun once Baby Zu is big enough to join in the fun.  We will definitely be back next year!  For my fellow North Carolinians thinking of heading up there- do it!  But do it soon, as they will probably only be open for another couple of weeks. 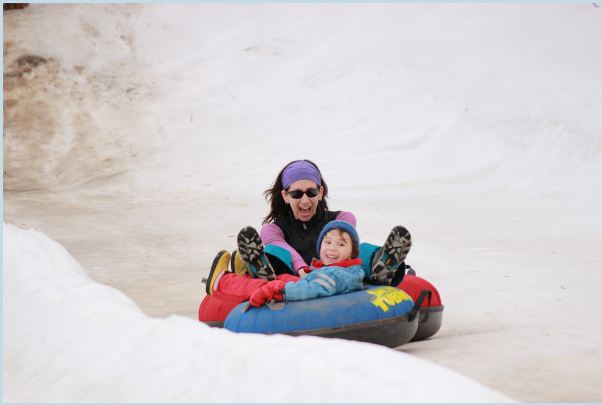 Any other snowtubers out there?  Give a shout out to your local snowtubing hill!

1 Response to “Snowtubing at Jonas Ridge”