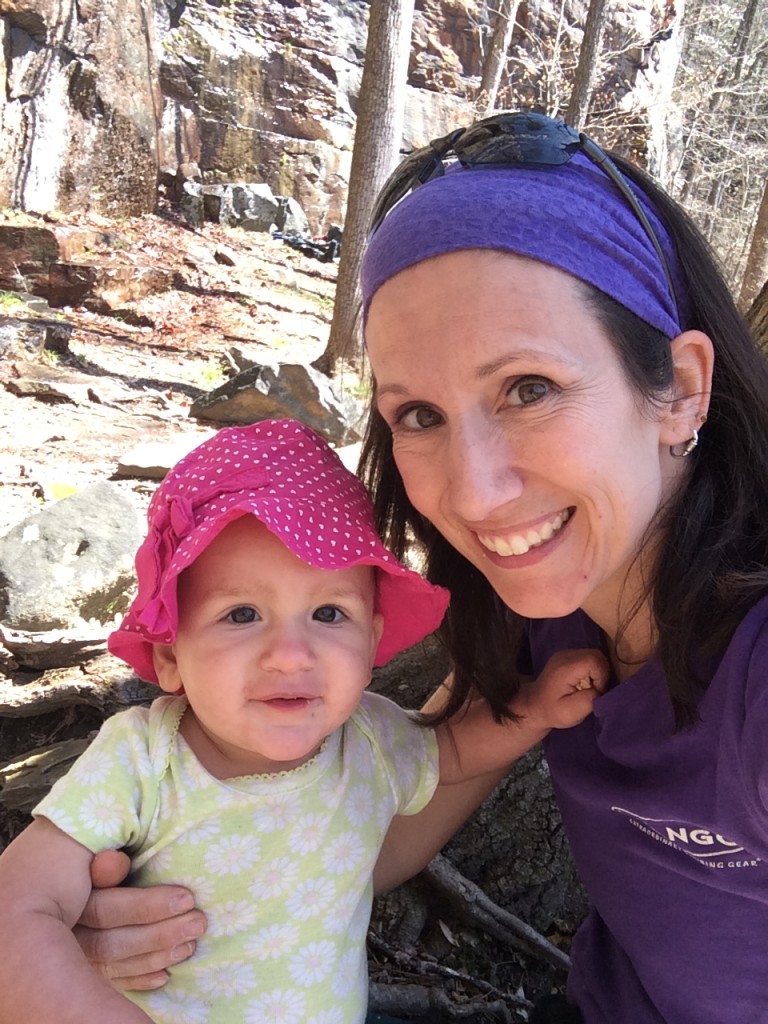 Me and my sweet girl.

Another beautiful spring weekend means another trip to the New River Gorge.  And another trip to the New means another great weekend of family, friends, laughs…and of course climbing!  This was the second week of my Rock Climber’s Training Manual “perfomance phase,” and after the inconsistencies from the first week, I wasn’t really sure what to expect.  Here’s how it went…

Michelin Man Original Finish (5.12b) – After one-hanging this one last weekend, sending this was my primary goal for this trip.  I was hoping that hopping on it fresh as a daisy on Day 1 would feel a lot easier than trying it at the tail end of Day 2 like last time, and I was right!  After a quick warm-up it went down without much trouble on my first attempt of the day.

The middle part of the day was spent wandering around somewhat lackadaisically in search of rock that wasn’t seeping after all the rain from the previous days.   We ended up hiking back out of Bubba City and driving over to Sunshine Buttress to try Unbroken Chain (5.12a.)  Ordinarily I’m a big fan of technical aretes…but this one was spooky.  A sideways dyno shut me down about halfway up.  I volunteered to clean on toprope and was able to figure out some beta for that section, but I’m pretty certain I would have committment issues on the sharp end…

Saturday night was filled with good burgers, great conversation, and lots of prehab activities…Arm-aids, theracanes, foam rollers, we had it all.  And apparently it all worked, because the next day we had a nice-sized send train going at Endless Wall! 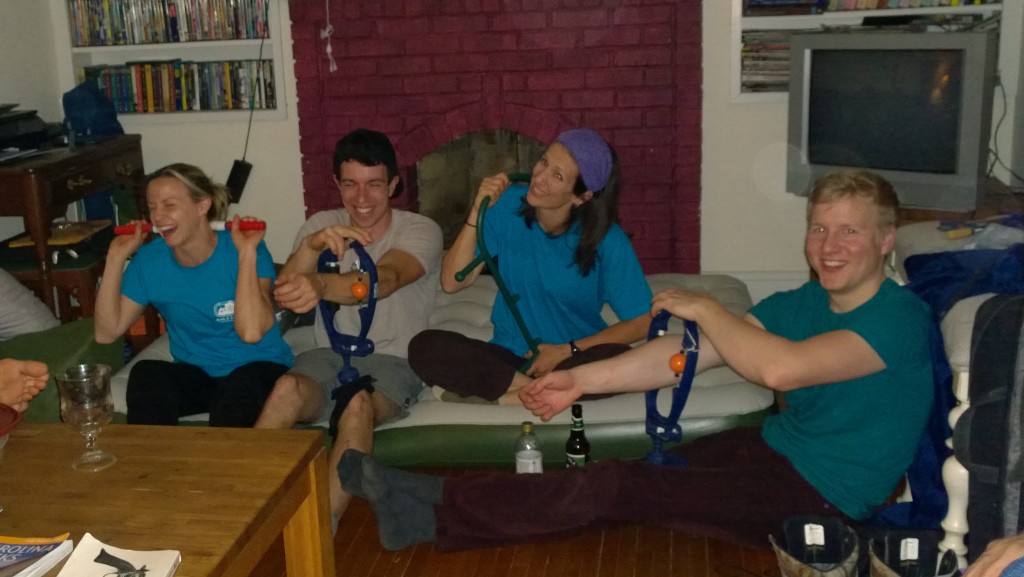 It hurts so good.

Modern Primitive (5.12b) – This route had been on our radar for quite a while, but it seemed like there was always something else on the agenda until now.  So after warming up on S’more Energy (5.11c) we headed over to it.  The line goes up a very aesthetic wall – tan rock with large swirls of caramel colors mixed in.  The business is in the middle, with two very technical, very thin cruxes separated by an okay rest.  The moves are pretty long, but I actually think the advantage actually goes to a shorter (or more flexible) climber on this one, due to all the funky hand/foot shenanigans.  The last move of the crux is keeping the dreaded barn door at bay off of a not-so-great sloping hold.  At this point you’d like to clip, but instead you have to continue traveling up and left to a really long lockoff (good holds to a GREAT hold…but you’re pretty pumped when you have to do it.) 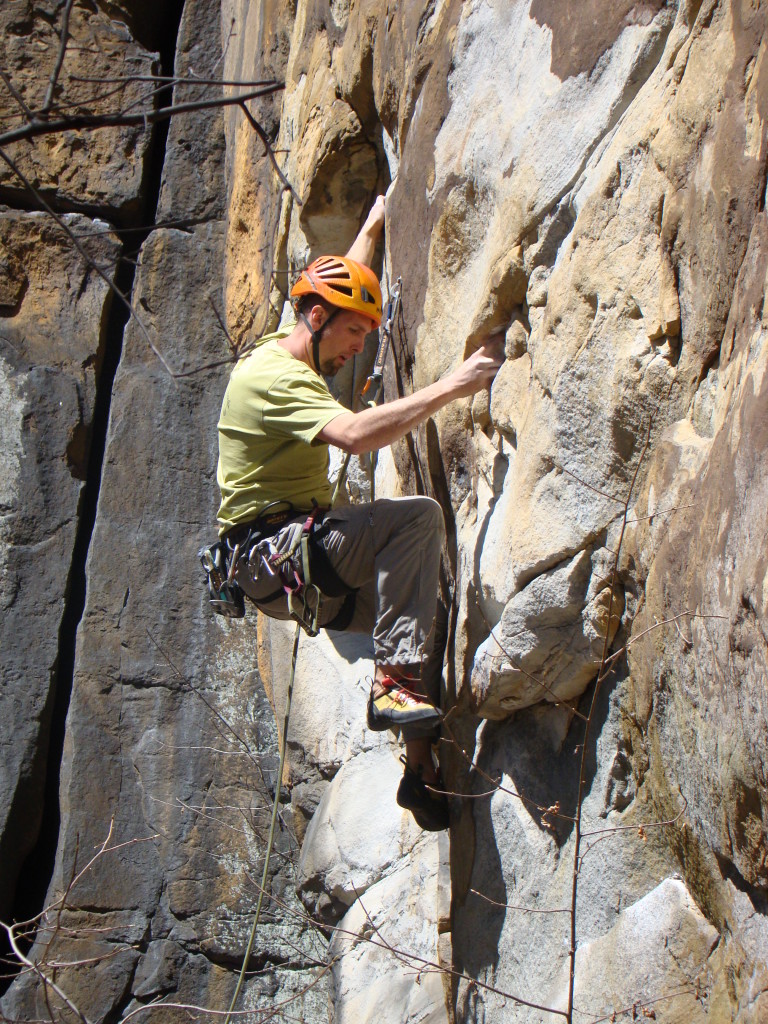 My first impression of the route was…geez, I’d hate to fall THERE!  So I opted to take a toprope lap for my first burn, at which point I did all the moves, but they felt ridiculously hard, so I toproped it one more time…and then of course got it clean.  Ugh.  Clearly I should have led it.  This route was seeing a whole lot of action, so by the time I got a chance for an actual redpoint attempt, the route was baking in the sun.  The holds felt way worse, in particular a fingerlock in a mail slot that was key for the first hard moves.  But I squeaked through that as well as the next sequence.  Then you know that really long lockoff that I didn’t want to fall at?  I came up short and went whizzing down…and down..and down.  I shouted a word that I don’t normally say…and managed to say it 3 times (very loudly) before I stopped falling. 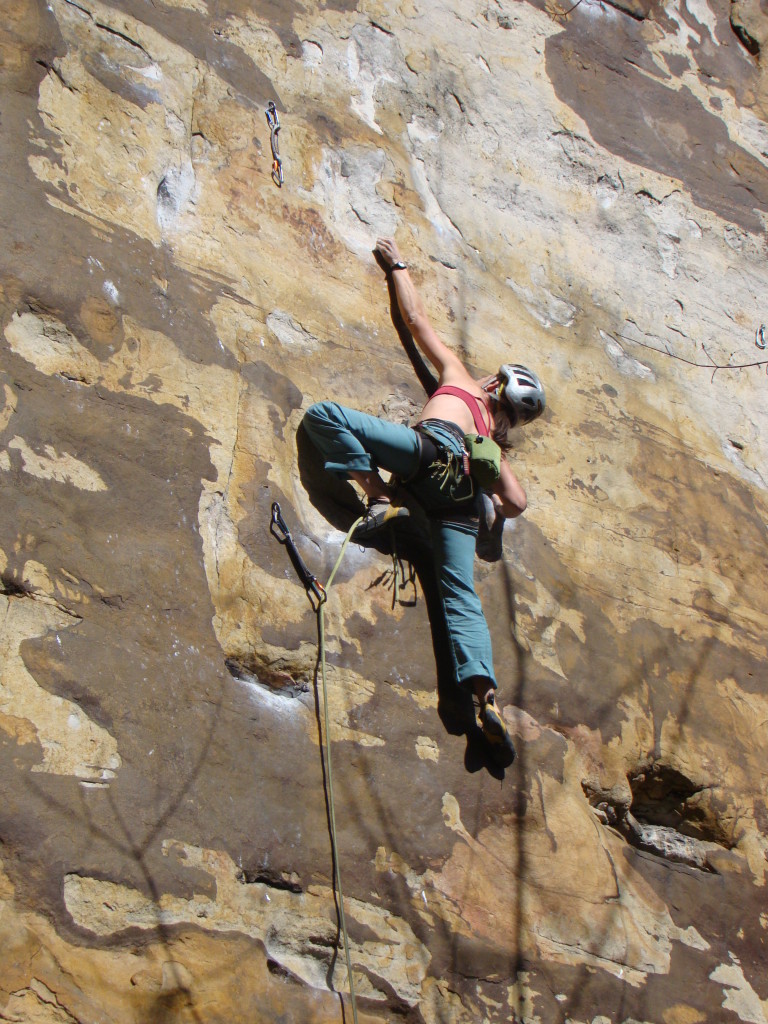 Getting started in “the business” on Modern Primitive

But there’s nothing better for your lead head than a safe, clean fall.  So although I was obviously wishing I would have sent, it’d been a long time since I’d had a big whipper, so I didn’t regret that it happened.  Steve took another lap, and while he didn’t send, made good progress, and was nice enough to brush all the holds REALLY well for me on the way down. 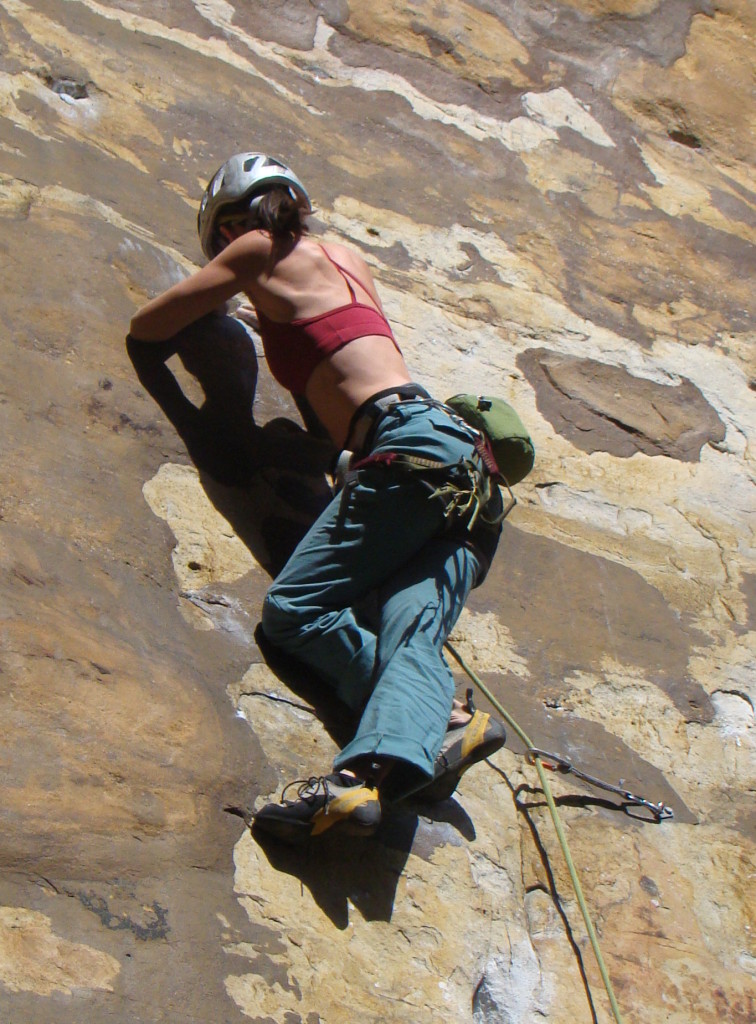 Reeling in the barn door.

My last burn I felt really solid, and the mail slot that had gotten manky felt substantially better after the good brushing.  I executed all my beta perfectly through the crux, took a few deep breaths, and popped for the jug.  I breathed a sigh of relief this time when I stuck it, then finished it up…carefully, as there’s still one more move to the chains that will keep you awake!

I was psyched to leave with another pair of 12’s, bringing my total up to 4 during this performance phase.  We’ve still got a couple more trips before taking a break for a week or two, and the stoke is still high!  This coming weekend we’ll be climbing at the Red River Gorge for the first time with Baby Zu (and also probably swimming…forecast is lookin’ pretty wet!) 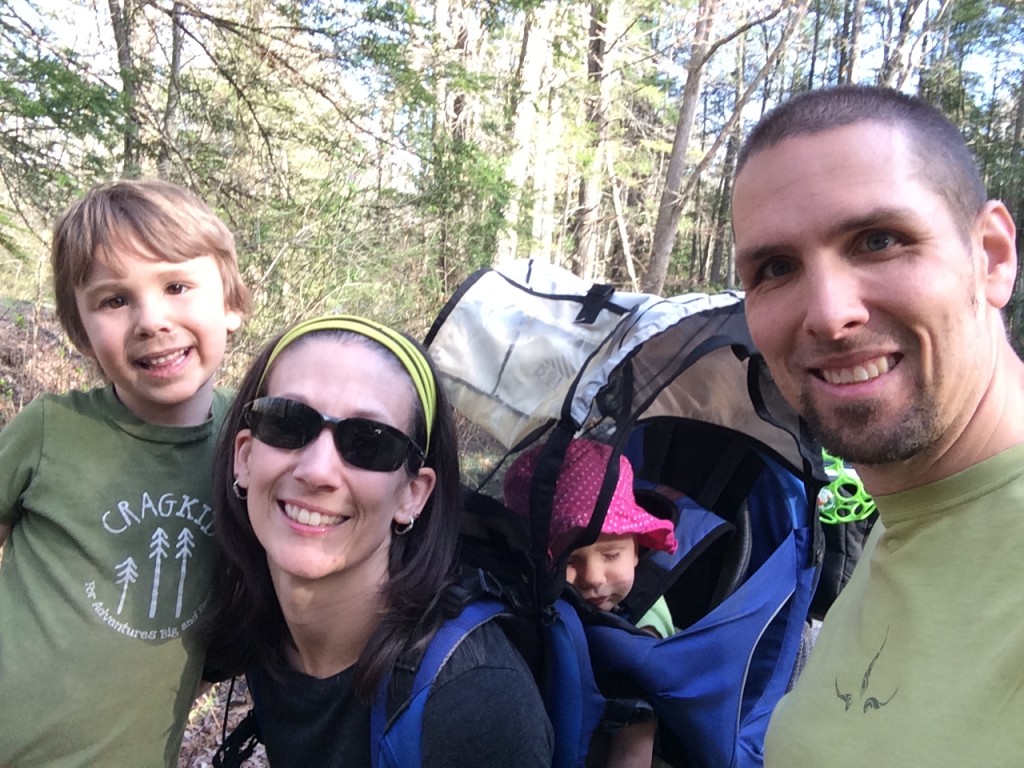