A few weeks ago I posted about how things were going for me in first two phases (Base Fitness and Strength) of the Rock Prodigy Training Program.  Now that I’ve completed the latter two training phases (Power and Power Endurance), it seems appropriate to share another progress report.

Power has never been my strong suit.  When I get shut down on a route/problem, it’s generally because I just cannot execute a particular move.  On the flip side, however, if I CAN do all the moves on a route, linking them together *usually* comes fairly quickly.  Bouldering at the gym has helped, as well as making a conscious effort to climb with momentum.  However, compared to pretty much every other aspect of my climbing, my power still tends to lag behind.  I guess you could say I’m more of a turtle than a hare… 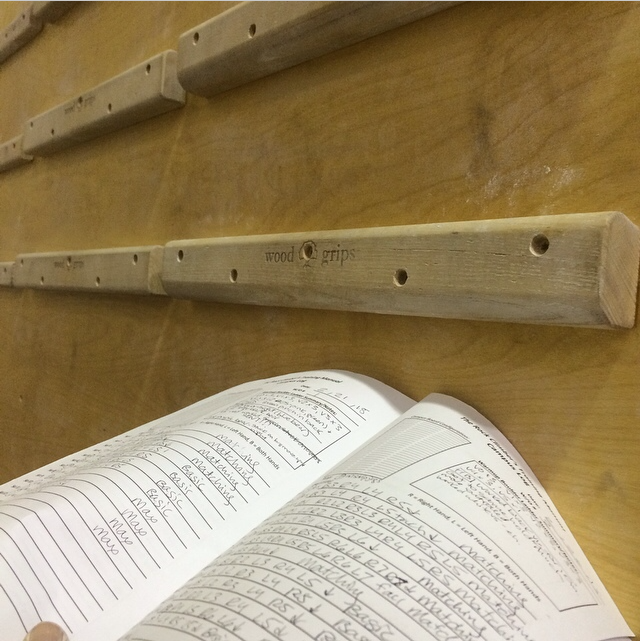 So I approached this phase of the training program feeling both hopeful as well as intimidated.  The training activities unique to the power phase are Limit Bouldering (working 1-2 SUPER HARD moves, as opposed to a few kinda hard moves, or a lot of not as hard moves), and Campus Board workouts.  During the first couple of gym workouts I was very pleased with how I felt coming right out of the strength phase.  I nabbed a couple of V5 onsights, and made quick work of a problem whose pinches would have most certainly given me trouble pre-hangboarding.  By the end of the power phase I was also able to send some burly, thuggish (read: anti-Cragmama) problems in the V5/V6 range, and while I didn’t send either of my limit bouldering problems, I was pleased with the progress that I’d made.

But the most important boost for me in the power phase was the confidence boost that came when I realized I could actually use the campus board!  Every other time I’d tried (which was admittedly not very often), I would fail miserably, even on the largest rungs.  I could do pull-ups off the rungs, but I just couldn’t latch the next hold with enough precision to even stay on (let alone try to move off of it to the next rung.)  About a month before starting this program I’d experimented with campusing on the HIT strips of our systems wall after climbing sessions. The moves were twice as long and the angle was much steeper, but the holds were giant jugs, which for me meant I could practice the coordination and movement aspects of campusing without worrying about the precision piece.

That plus the strength gains from the hangboard sessions must have worked, because I shocked myself when I was able to move up 2-3 rungs on my very first campus board workout!  By the 4th workout I could both match and ladder my way up to all but the last two rungs.

Sending (or lack thereof): Believe it or not, we logged zero hours on real rock during my dedicated Power weeks, due to weather, Baby Zu AND Big C birthdays, and a trip to Disney World with the grandparents!

After the Power phase I missed a couple of training sessions due to Disney World, but tried to pick up where I left off as best I could.  The foundation of Power Endurance (PE) training revolves around Interval training – up/down laps on a rope, and Linked Bouldering Circuits (which for those of you familiar with training, is similar to 4×4’s, but with a downclimbing component that keeps you on the wall.) I’ll be honest, the first week and a half of PE training was BRUTAL. I left the gym each night feeling completely annihilated, and only felt slightly better the next morning. 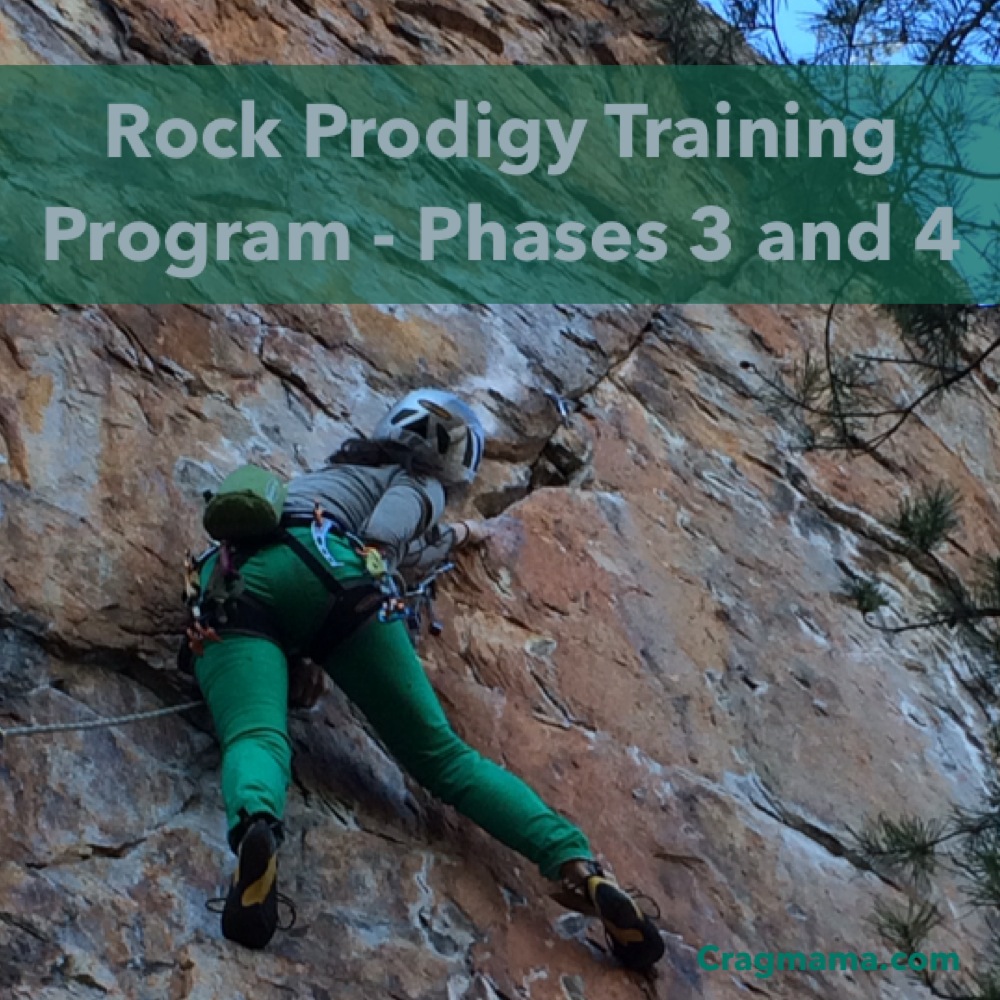 It’s also worth noting that during this time I also started looking at my extra curricular activity levels.  The creators of this program take a pretty strong stance against regular cardiovascular exercise, particularly during the latter phases of the program (other than ARC-ing, which could be considered aerobic.)  While climbing is probably the only physical activity that I ever have regular, specific improvement goals with, I do enjoy being active and well-rounded.  I mean, what good is it to climb 5.12 if you can’t make it to the base of the cliff without bursting a lung?  So in the interest of general fitness, I almost always do SOMETHING exercise-y each day – run, bike, elliptical, etc.

But as I got more and more annihilated with each PE workout, I started to wonder if perhaps I was overtraining.  If maybe all of the lower intensity work I was doing in the cardio arena was zapping my power.  I knew I’d go INSANE if I cut out ALL non-climbing activities, but I made a conscious effort to cut back.  (I also made a valiant attempt to get more sleep, although “more” is a relative term with a 13 month old that is still a terrible night-sleeper.)

The second half of the PE phase was decidedly better for me.  My body felt as if it was in a much better balance of “work hard, rest hard.”  I was still trying hard, but since I was also trying smarter, I felt tired but not obliterated after workouts.

Sending: Axis (5.11d) – This send is particularly noteworthy for me b/c it marks my hardest send on gear to date! I got on it early in the Strength phase, and then sent it towards the end of Power Endurance…and there is no comparison to describe how much stronger I felt the latter time!  More on that here.

Now it’s on to the Performance Phase of the program, which will hopefully be littered with sends – this past weekend’s trip to the New River Gorge was a great start, more on that in a couple of days!