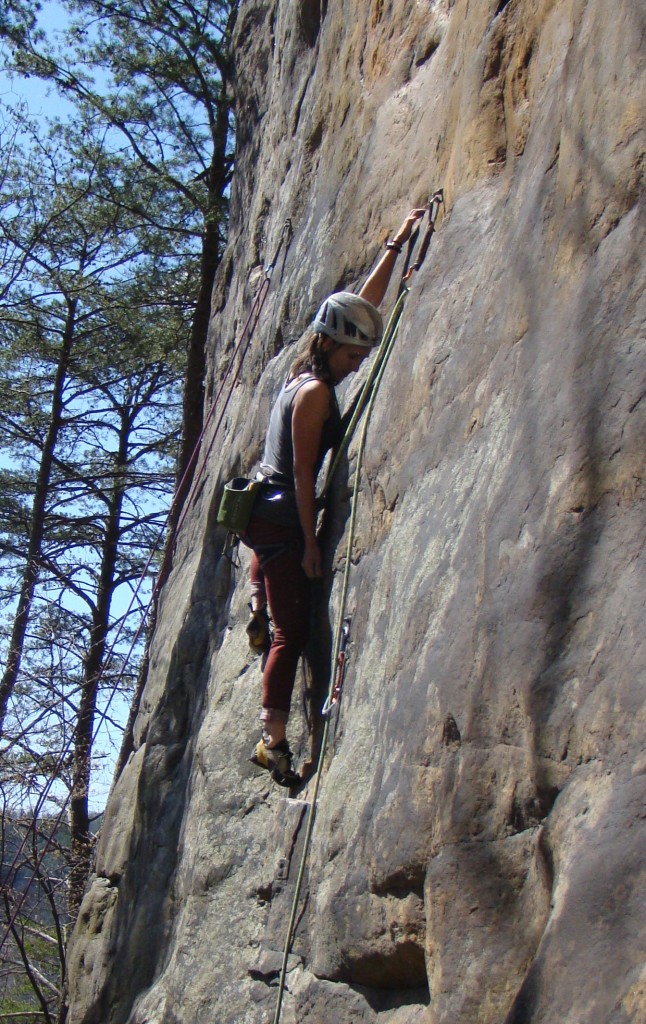 Stretching tall on Techman 5.12c at the New River Gorge

Raise your hand if you’ve ever been shut down by a crux sequence because of a hold that is juuuuust out of reach.  Unless you are 7 feet tall, most of us should have our hands up at this point.  While it’s probably safe to say that a climber who is 5 feet tall probably deals with this more than one who is 6 feet tall, learning how to make long reaches is a skill that can benefit all climbers.

Standing at 5’5″ tall, I’m certainly not short by female standards (average height for adult American female is 5’4″), although since I often end up climbing with a bunch of guys, it can sometimes feel that way.  Very rarely is my beta the same as my male counterparts.  And since one of my “home” crags is the New River Gorge, which is notorious for giant expanses of featureless rock in between holds, I’ve had to really get creative sometimes to be able to hit that hold that looks (and feels) miles away.  Thankfully, there are actually a lot of really good techniques that, when performed correctly, can literally add inches to your reach! So the next time you are shut down at a reachy move, don’t automatically break out the bail biner – ask yourselves these questions first!

1.  Can you move dynamically?  Dynamic movement isn’t always (or even usually) the wild, all points of contact off hail mary dyno to the glory jug.  A lot of times, just using a little bit of momentum is all it takes to bring a faraway hold into reach.  (That, and a little bit of commitment, because the more momentum you use, the less likely you are to be able to reverse the move if it doesn’t work out!)  But if your fall zone is safe, don’t be afraid to launch a little bit, especially if the hold you are going for is good!

While this sort of movement might seem more difficult at first, especially if you’re not accustomed to it, moving dynamically is often more efficient than a long, static reach, so if you are starting to feel the pump, this is probably your best bet!  If the hold is not very good, or the distance too great, look around and move to the next questions…

2.  Can you get your feet up?  Footholds are often the great equalizer of cruxes.  Often times my 6’1″ hubby and I end up making the exact same move, but using different feet.  Sometimes the move is easier for him because he can go off of the “good feet.”  Other times, however, a long move is actually easier for me because the best footholds are too high for him to use.  If there are no additional footholds, try just smearing your feet and seeing what happens.  If you are struggling, look for a way to get one foot up.  Close, but still not there?  Try and get BOTH feet up, then pop!

4.  Can you undercling?  Finding a way to stand tall into an undercling (or turn an existing down-pulling hold into an undercling midway through the move) is a great way to go-go gadget your arms.  Add high feet to the equation, and you can literally measure the increase in reach by the foot! 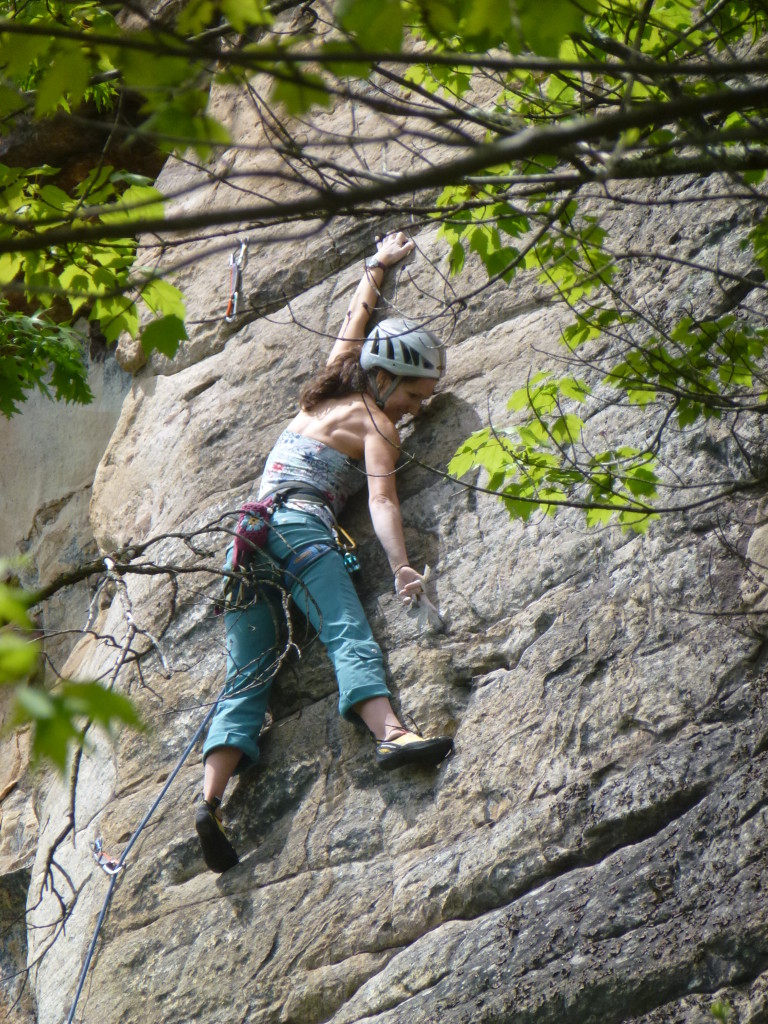 5.  Can you press out at the end of your lockoff?  If you are pulling for all your worth and your arm is locked off as deep as you can go, try to change the angle of your hand so that rather than pulling down, you are pressing out, as in a mantle move.

But if you find yourself hand/foot matched and pressed out from fingertip to fingertip and STILL can’t reach, there is ONE other strategy to employ that might latch the hold…

6.  DON’T LOOK!  Seriously, just look away.  Set up as best you can for the move, reach up, and then look DOWN, not up.  The act of looking down will actually get your head “out of the way” so that you can press even closer to the wall.  It won’t give you much, but sometimes all you need is a quarter of an inch or so!  (My friend Mark Pell was actually the person that shared this tip with me, and although I’ve only used it once, I know for a fact it made a difference!)

4 Responses to “How to Make Reachy Moves”