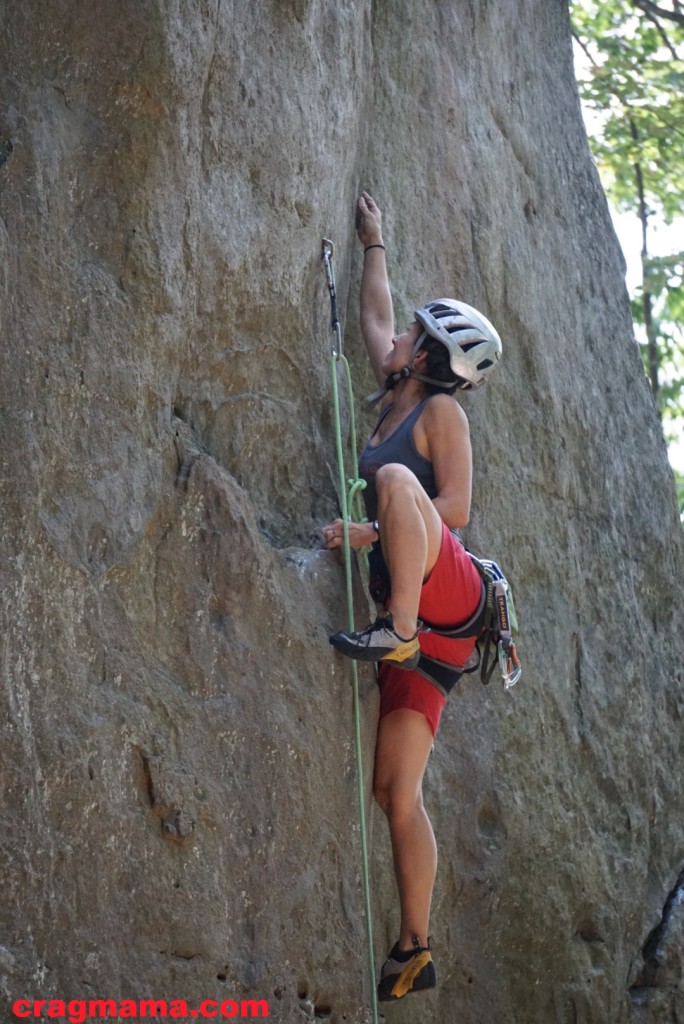 Standing tall on Stretch Armstrong (5.12a)

With a shoe demo in Atlanta last week (more on how cool demos are next week!), I was too busy to do the write-up for our New River Gorge trip the previous weekend, but I figured better a week late than never!

The New was forecasted to be hot…and humid…but not QUITE as hot and not QUITE as humid as the southern crags in our neck of the woods, so we made the trip.  Summer conditions at the New (or pretty much anywhere in the Southeast) are never all that great, but our main goal was to get plenty of mileage on tall, technical routes to help get us ready for our upcoming Wyoming trip.

Our first day was spent at Kaymoor.  It sure was great to be able to spend the day there and not have to think about Lost Souls (5.12a)!  Instead we kept right on walking to the 7-11 Wall, where all 4 of my routes for the day were new to me!

First Steps (5.10c) – Definitely a full-value 5.10!  Fun climbing that goes on and on and on.
Tony the Tiger (5.11c) – My foot popped in the crux, so I lowered off and fired it second go.  I stalled out for a loooong time trying to make the reaches to the good blocks over the roof, but thankfully had enough left in the tank to clip the chains.
Bimbo Shrine (5.11b) – Flash, woohoo!  Good climbing, with some definite spice in some sections.
Tit Speed (5.11c) – Maybe it was because it was the end of the day…but the opening moves on this felt crazy hard for 11c!!!  Holy reaches, Batman!  It’s a looooong lockoff to the holds under the roof.  Plus, above the roof there’s a scar where it looks like the clipping hold at the 3rd(?) bolt has broken…what’s left is not much bigger than a credit card.  I worked out the moves pretty quickly, but hung/fell a couple times.  Would love to get back on it again soon, preferably before I forget how to do the long move down low! 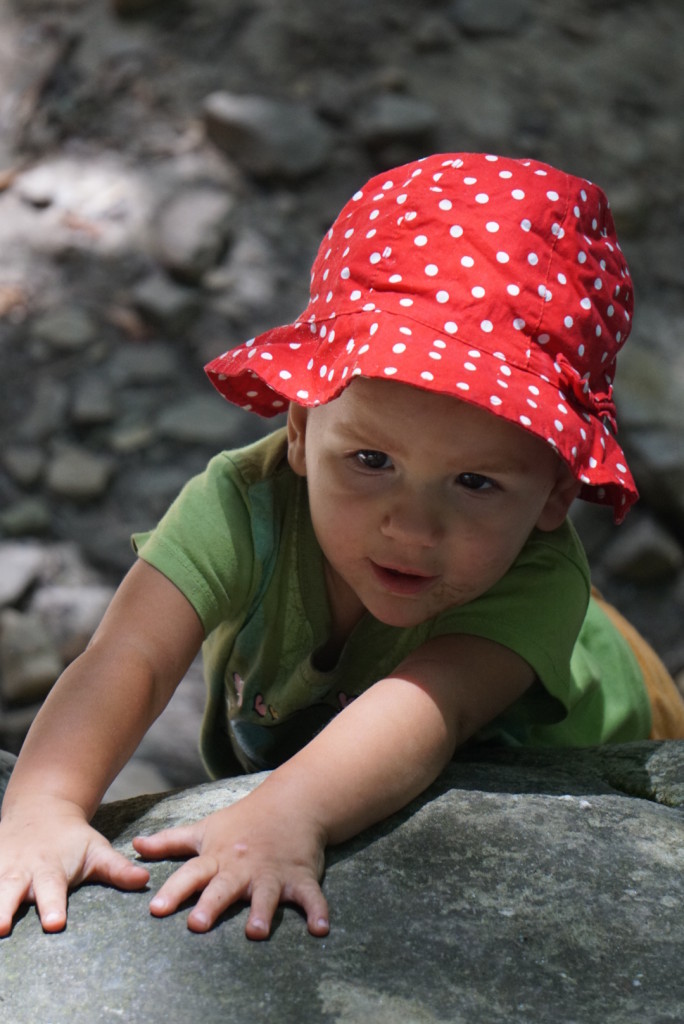 Baby Zu focused on a boulder problem at the base…

Day 2 started out at Cotton Top…but ended at Bridge Buttress due to the AMAZING amount of tangible moisture in the air (I guess due to all the tree cover?)  Our warm-up (Cottonmouth, 5.10a), felt ridiculously insecure and manky, and Psychowrangler (5.12a) was a joke.  So we bailed and hit the Bridge, which was still in the shade somewhat and felt a lot drier.

We started out on Let the Wind Blow (5.12a).  No one sent, and no one felt like trying it again, so we moved over to Stretch Armstrong (5.12a).  Now THIS climb was AWESOME!  We all wished we’d hopped on it earlier in the day before the sun started beating on it and our fingers were cooked.  Really unique movement that was (you guessed it) pretty reachy.  After bailing at the crux and dropping a toprope, I figured out something that I THINK will go down in more friction-y conditions.  It involves a super high smear and rocking up, up, up until I can catch a little crimper before taking a good whip.

As of today there are only 7 more days of heat and humidity left to endure before we’ll be basking in the higher elevations of Wyoming!  The blog will be relatively quiet, but be ready for a barrage of social media pics, because the scenery is absolutely spectacular!

Catching toads…with quickdraws (he didn’t want it to pee on him!)