Catchy title, but will probably make for a rather lackluster trip report!  Conditions were prime for sending…I guess my only excuse is myself!  Fortunately, however, our weekend in West Virginia was still “wild and wonderful.” 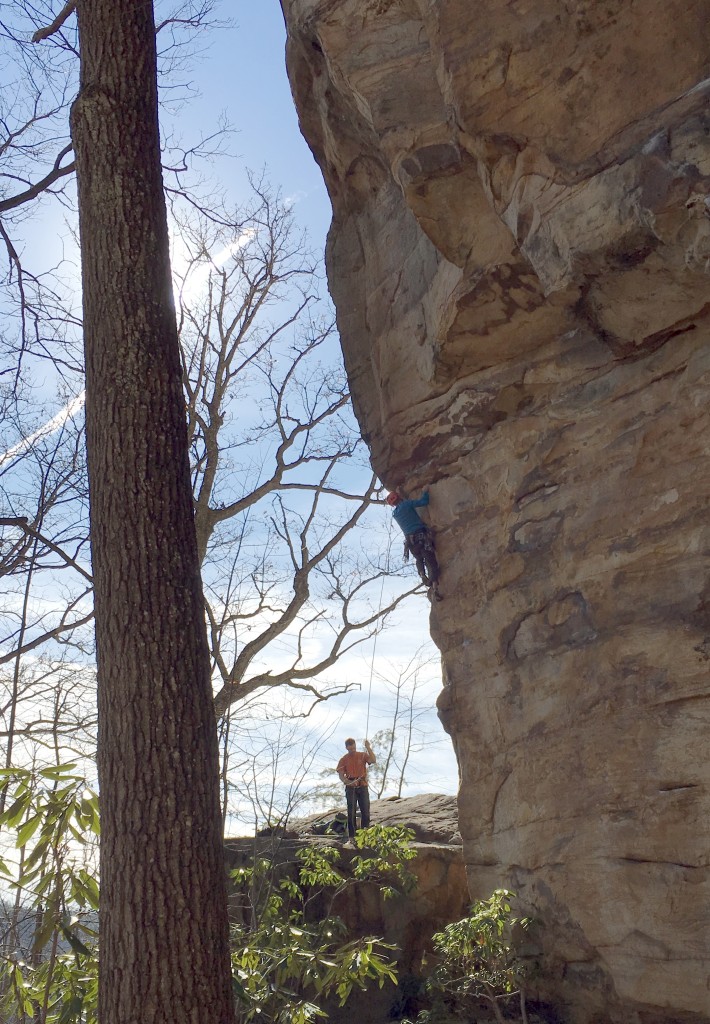 Saturday was spent at Snake Buttress.  After warming up on Muckraker 11a, I had hoped to tick New World Order 12a, which I had started working on a few weeks ago.  To be honest, heading into the weekend I’d been feeling less than confident, and with questionable motivation. 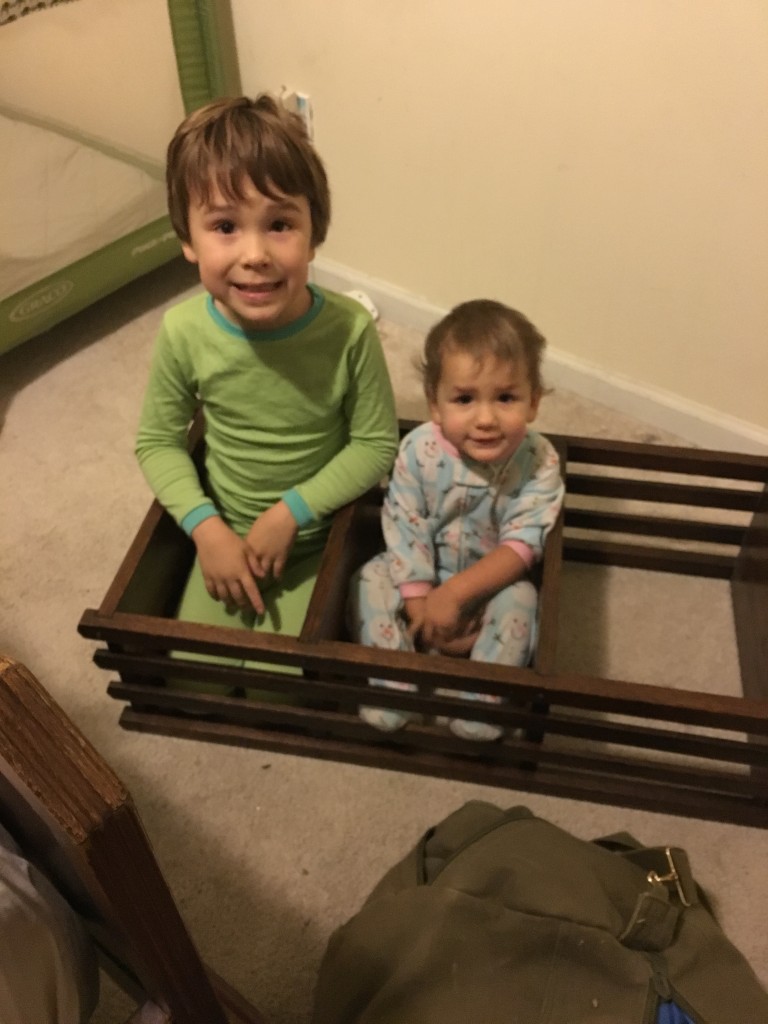 These guys are perpetually psyched…even at 6am on a Saturday morning.

The crux for me on New World Order is a big deadpoint move that requires (for me, anyway) a LOT of precision and coordination.  Even executed correctly it’s somewhat of a low percentage move.  These types of projects (ie low percentage cruxes) can get frustrating very easily because it’s hard to predict how close you are to sending.  When it finally goes, the movement often feels exactly the same as it did every other time you tried…only that particular time you lucked up and didn’t get spit off.

So even though I had the moves worked out pretty well, the odds that all the stars would align when I was on point seemed 50/50 at best.  Not to mention I’ve been pretty distracted lately.  Baby Zu continues to be a twinkly, charming little toddler by day (or most days, anyway), and a possessed, screaming banshee by night (well, most nights, anyway.)  My workouts at the gym have been relatively mediocre, and motivation to try hard has been hit or miss, especially with the holidays (aka our “off season“) approaching in just a couple of weeks.  Add to all of that a random redness/irritation in my eye that cropped up the night before we left and ended up getting far worse before getting better, and it would be safe to say that perhaps the force was NOT with me on Saturday.  I found myself in a sort of strange and contradictory mental space, where I was more looking forward to the route being checked off than I was about the actual process of putting in time to work the route. 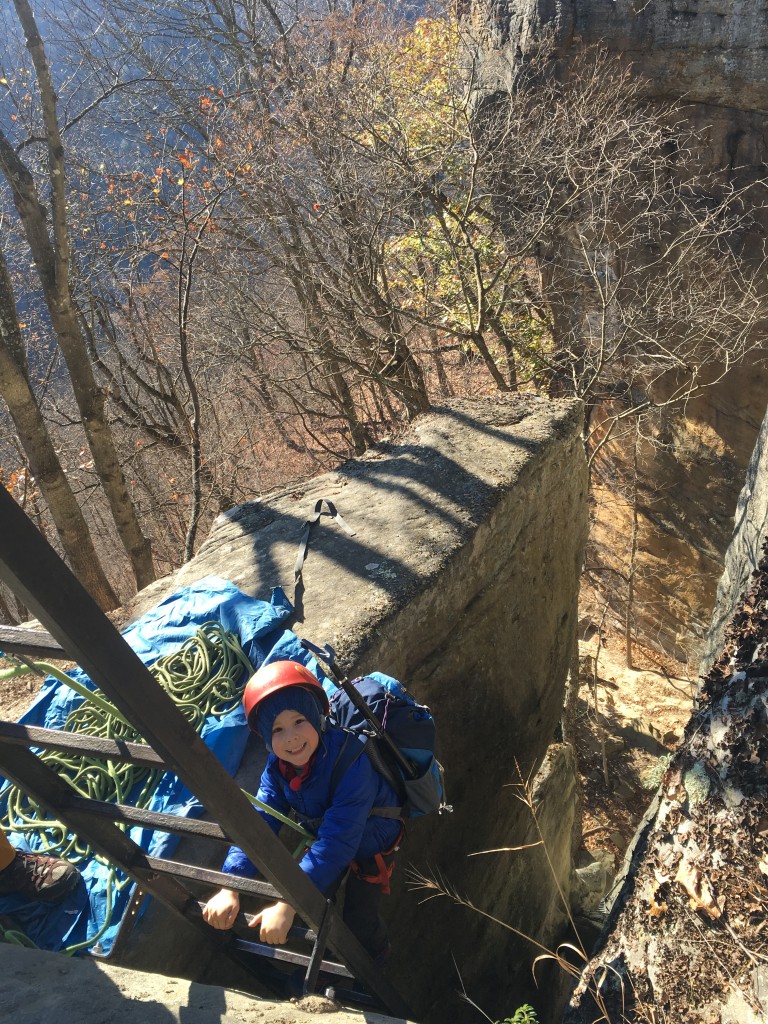 This guy’s highlight of every Endless Wall day…the ladders!

So with all that said, you can imagine that I was thrilled with my first attempt of the day being a fairly quick one-hang.  I fell at the predicted spot twice before nailing the jug – the first time coming up too short, and the second time actually over-shooting the hold.  I felt that little flutter in my chest that happens in that magical moment when you first realize that a project is within reach. 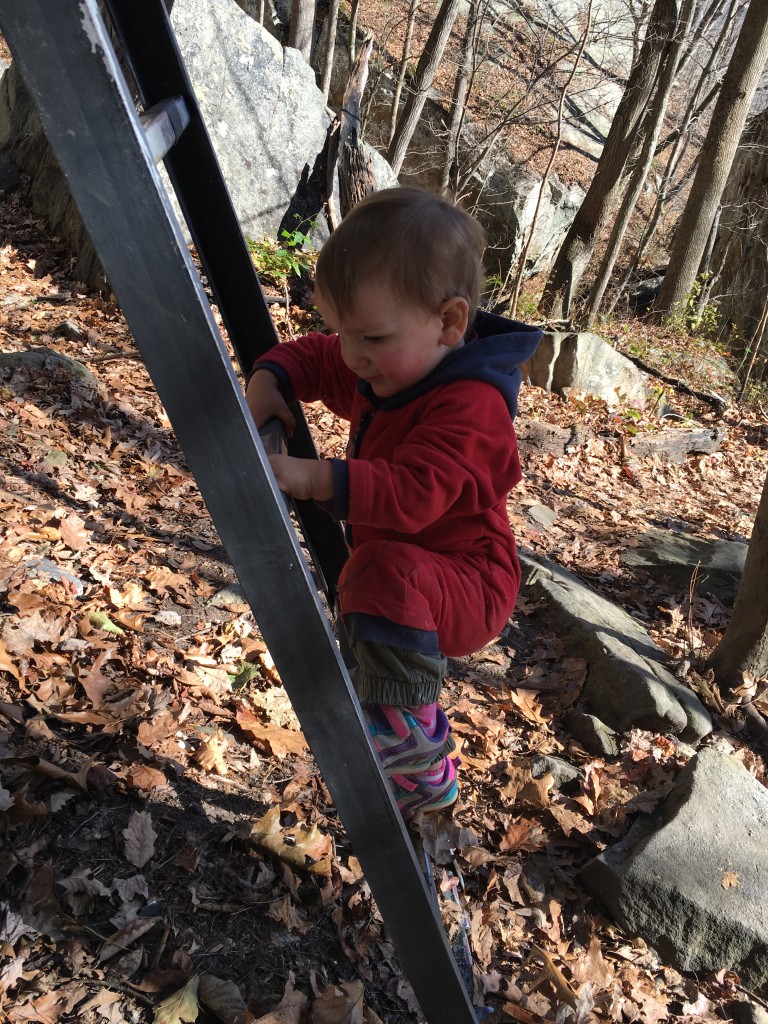 I felt pretty good about my chances next go.  But right off the bat I screwed up the opening bouldering problem.  I managed to stay on, but expended a lot of needless energy.  I shook out really well, moved up to the next clip, then promptly punted off in a random spot that I’d never had any trouble with before, thanks to a missed foothold.  Dangit.  I worked through that section and up through the crux (it took me 4 tries this time), and then lowered, since I had the top pretty well dialed.

That’s all right, 3rd times a charm, right?  Wrong.  My next go it was that d#$% boulder problem right off the ground that was giving me fits.  Eventually I figured out some heel hook beta (courtesy of the CragDaddy) that made the move significantly easier…but by then it was too little too late, and I once again punted off before I even made it to my crux.  Geez.  I wasn’t necessarily expecting to send, but I certainly didn’t expect to regress as the day went on. In hindsight I think the fact that I was climbing in my glasses for the first time ever (thanks to the weird eye thing) may have been playing with my depth perception a bit, considering that I am literally blind without corrective eye wear and therefore have zero peripheral vision with glasses.  But that was certainly not the only problem, and at the end of the day there was nothing left to do, except nurse my bruised ego with family and friends over a margarita. 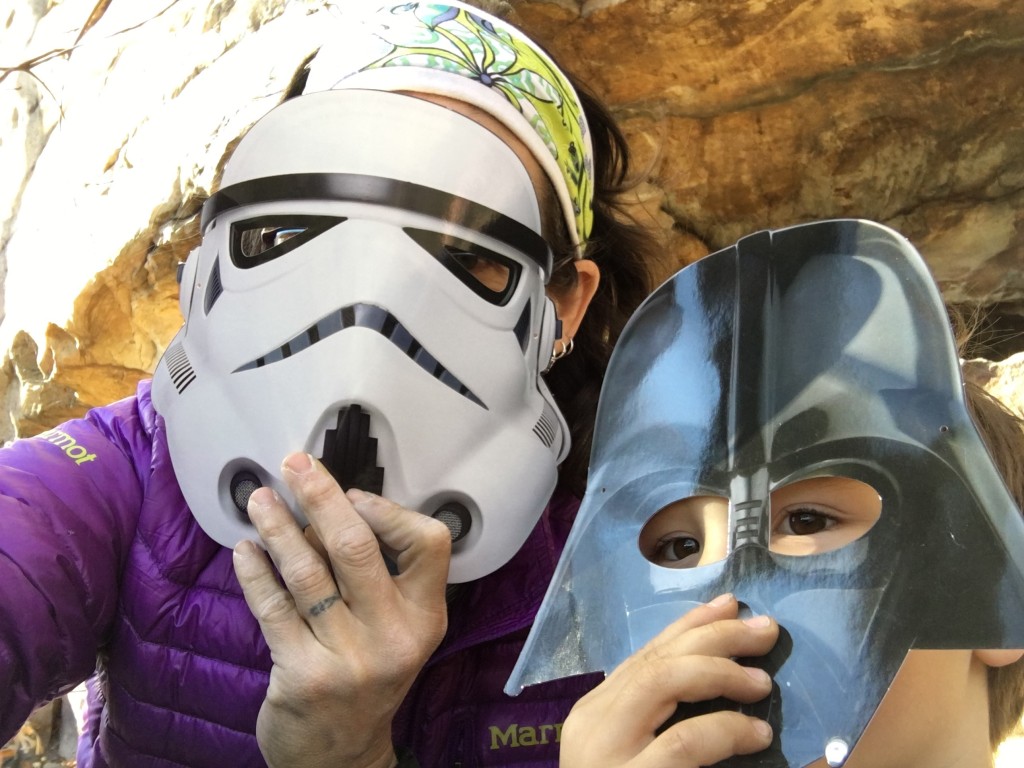 A little Star Wars fun at the crag

Sunday was another gorgeous fall day – after all the rain we’ve had, the sun felt amazing!  We were back at Endless, but this time hiked in through the Fern Point side.  We warmed up on Euronation 11c before heading over to Jesus and Tequila 12b, which is arguable THE 12b in the Gorge to tick.  I’d toproped it once before when a friend of mine was working on it – I don’t remember a ton about it, but I do know the crux took a lot of work, and I was unable to do the final roof move without some belayer assistance.

There are a few pretty heady sections.  That, as well as my wishy-washy attitude about trying hard, prompted me to opt for the casual toprope once the rope was hanging.  But then I started climbing. THIS ROUTE IS AWESOME!  My lazy demeanor was slapped awake and my mind overflowed with adrenalized psych.  All of a sudden I found myself more motivated than I’d been in a really long time.  The movement is fun and unique, the position is amazing, and most encouraging of all, I did all the moves relatively easily.  After only falling once on my 2nd burn (at the crux), I’d love to think that a send will come soon…But I also am aware that this route is notorious for taking forever to send, as the real crux is not the individual moves, but linking all of them together (as well as a really tough clip) on point. 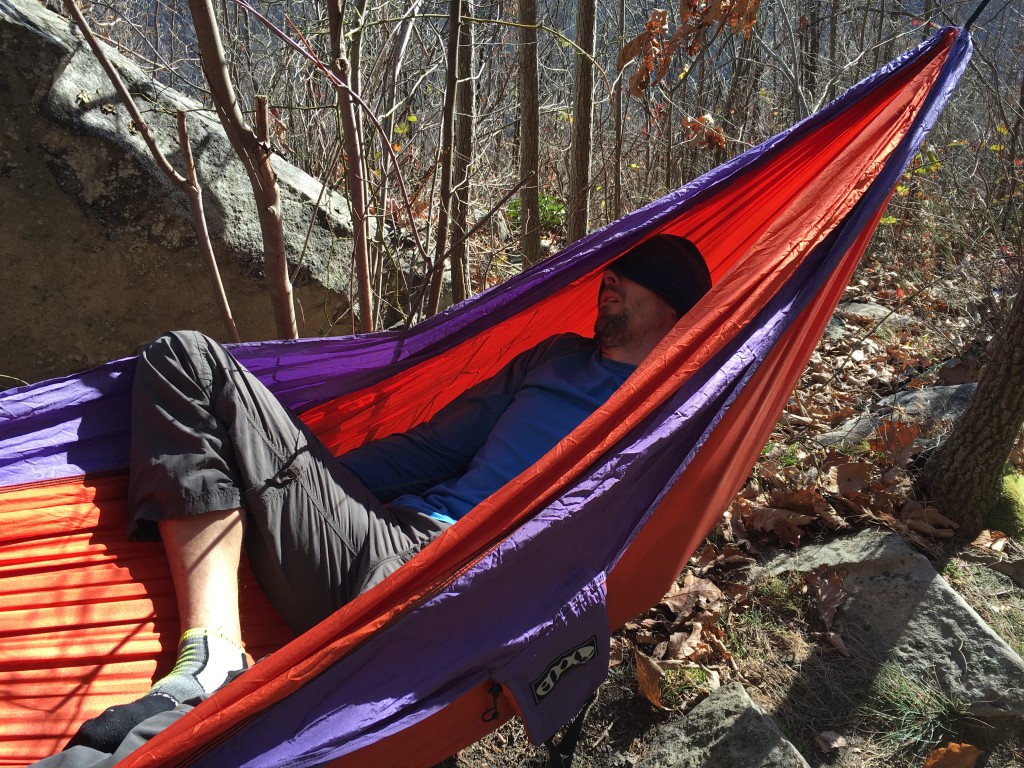 That being said, I feel close enough to warrant another trip before our NRG season is done til spring.  Hopefully it’ll go. But if it doesn’t, it’ll be waiting for me in the spring.  (And it’ll be worth the wait.)  And as for New World Order?  It looks like it’s gonna have to be put on the backburner til spring…it’ll feel good to have at least one route “in the hopper” next March!