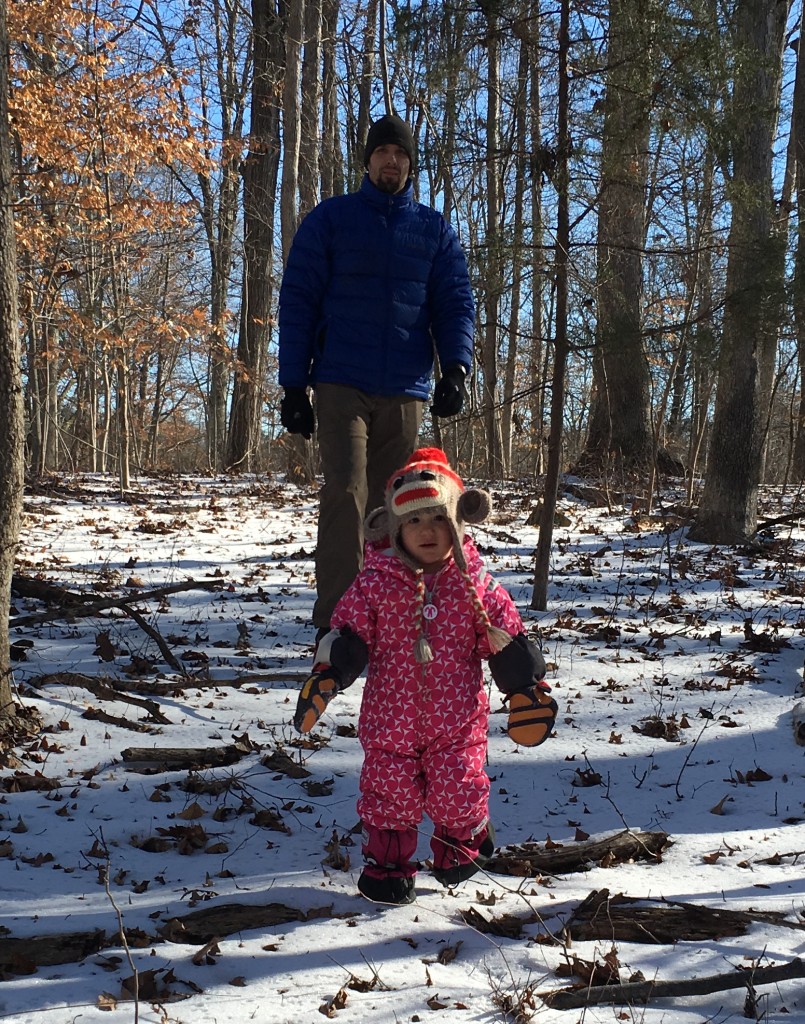 Ready for a snowy hike in the Ducksday Ski Suit!

It feels a bit odd to be writing this post in shorts as I look out the window and see my son frolicking around in 75 degree weather.  But I’m all too aware that just because spring has sprung in the South, doesn’t mean everyone is done with winter (and also doesn’t mean that winter won’t come back for one last laugh before spring is here to stay!)  I had actually intended to write this post back in January, but held off because we had a snowtubing adventure planned for February, and I had hoped to get some great action shots of Baby Zu’s new Ducksday ski suit to use.  Unfortunately for us, however, the weather was rather uncooperative, and the snowtubing just didn’t happen for our family this year.

But thankfully, I think the term “ski suit” might be a little misleading, and doesn’t actually give enough credit to this awesome little piece of gear.  Though we technically only got one “snow” (and if you are from the South, you understand why I put that in quotes,) we have gotten plenty of use out of this suit.

But first, the specs.  At first glance, this suit looks and feels like a much beefier version of the Ducksday Original Rainsuit (another family gear favorite, reviewed here!)  The outer layer is designed to block wind as well as water, all the way from the fleece-lined detachable, hood, down to the fold over toes (in the infant version.)  Insulated with 3M thinsulate, little bodies stay warm without overheating and getting sweaty. 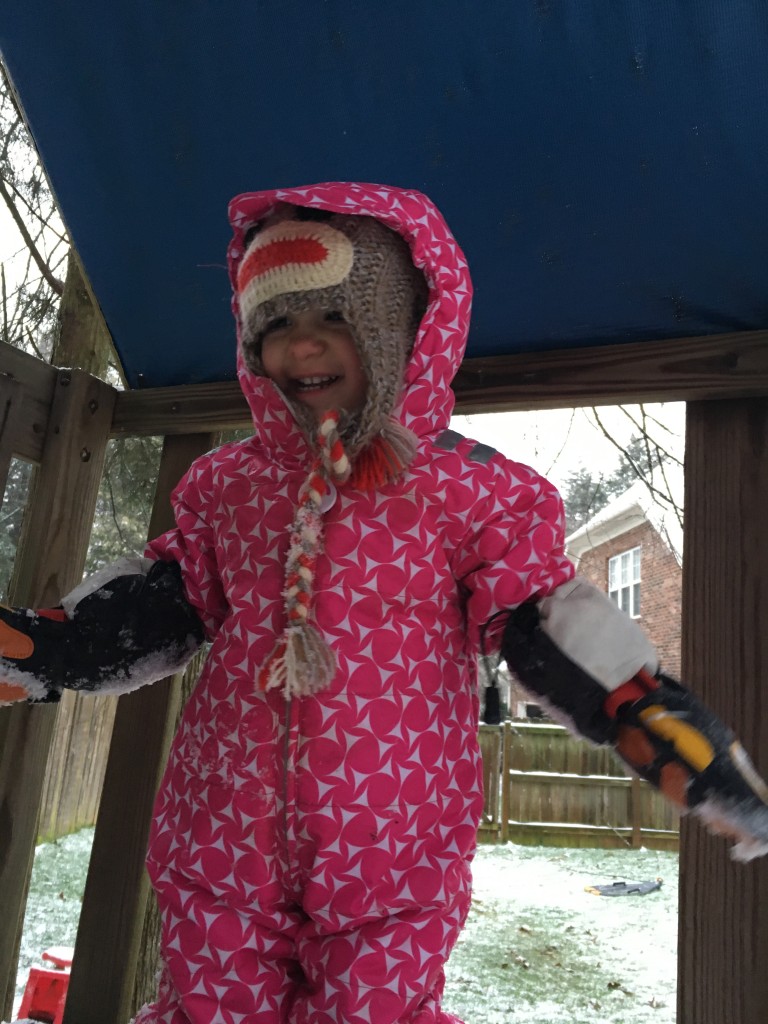 Now for the applications.  We’ve used this suit in snow.  We’ve used it in ice. We’ve used it on cold, rainy afternoons.  But probably most frequently, we’ve used it on chilly, sometimes sub-freezing mornings around camp and at the crag.  This outerwear is perfect for bundling Baby Zu up in to explore around camp while waiting patiently (?!?) for a hot breakfast to head her way.  Then, when it’s time to hike in to the crag, and all the adults start shedding layers, she can stay comfy cozy all the way to the base of the cliff.  Usually by midmorning, the sun has thawed everything out enough so that she doesn’t need the suit anymore…and despite it’s initial bulky appearance, it actually can pack down pretty well!

One of my favorite parts about ALL Ducksday products is their versatility and durability.  The sizing is very generous, and designed to fit multiple children for multiples seasons.  For example, my son wore his green rain suit for THREE years…he wore it pretty hard, but it is no where near being worn out, and I am confident my daughter will be able to do the same when she can fit into it.  I’m also fairly certain that she’ll still be sporting the same pink ski suit next winter…so maybe I’ll still get a chance for those snowtubing action pics!

Hard to believe this was just a few weeks ago!

But in the meantime, I’d love to hear from others who have used Ducksday on family outings – what pieces are your favorites?  And if you haven’t tried Ducksday yet, what brands are your go to for cold/wet family adventures?