Though my spring climbing season got off to a slow-ish start, these last few weeks have been unseasonably cool, and have allowed me to string together some hard (for me!) sends.  Since the CragDaddy had spent most of the previous week in NY on business, our family opted for the day trip this past weekend.  After accumulating some sending momentum at the Red the week before,I was psyched and ready to try hard on my project at Hawksbill Mountain. 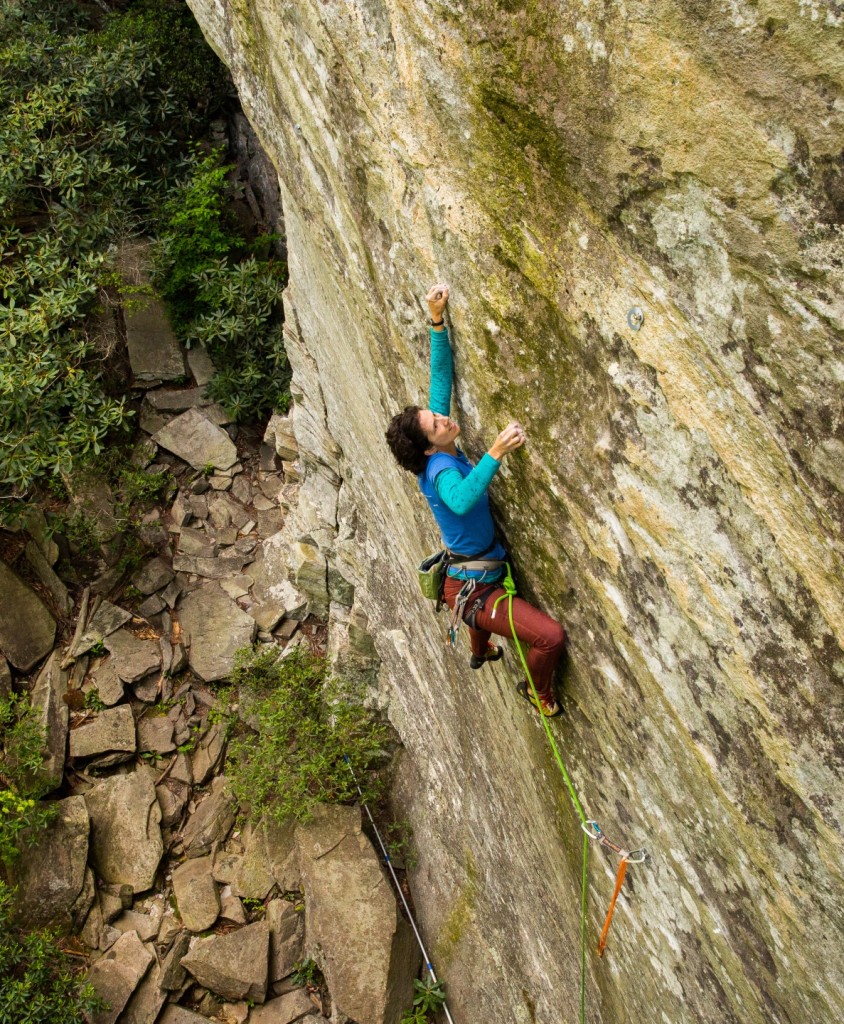 Eyeing down the mail slot to clip the next bolt from. Photo: Joe Virtanen

I wrote about Tips Ahoy 12d a couple of weeks ago , when I hopped on it while a friend of mine was working it.  I’d given it 3 burns, and was pleasantly surprised at how doable it seemed.  It plays to my strengths (technical climbing on tiny holds), without featuring any of my glaring weaknesses (of which there are many, but the usual culprits involve slopers and big moves on steep rock!)  Anyway, going in I was cautiously optimistic about my chances.   In contrast to the 100 foot monsters I’d been battling at the Red, this line was only about 60 feet tall, which (hopefully) would mean that endurance wouldn’t be a problem.  Additionally, the weather could not have been any more perfect – temps were in the upper 40’s/low 50’s most of the day (yes 40’s at the end of May!), and the wall wouldn’t even see the sun until some time after lunch. 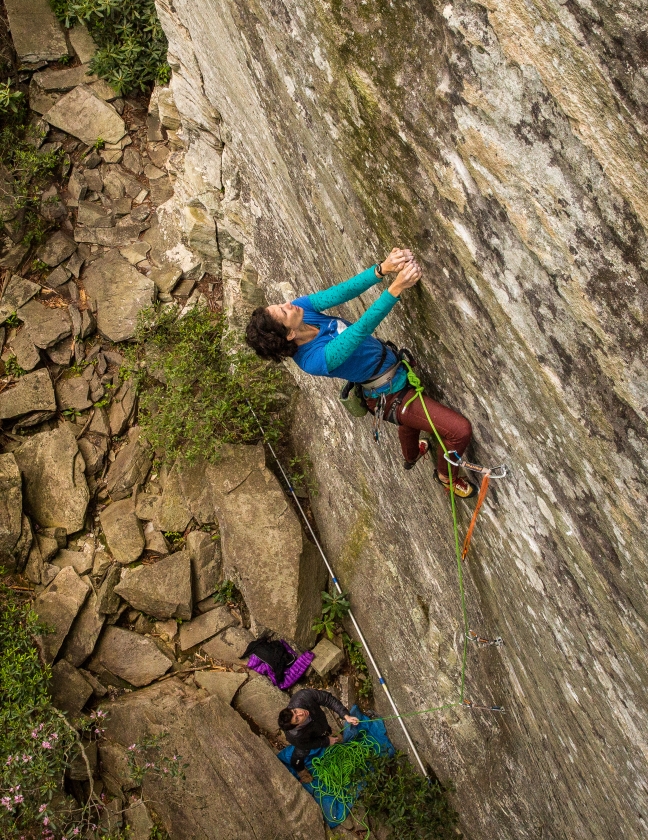 Crimping hard on one of the few holds big enough to match on the entire route.

For me, the crux boils down to two moves – a precision stab to a pointy crimp off of two tiny razor blades, then a foot shuffle and long lock off to another pointy crimp.  There’s also a clip that needs to happen at some point from either one of the pointy crimps.  In isolation, the first move is substantially harder than the second move.  But for whatever reason, going into the second move directly after completing the first move feels darn near impossible.  In fact, I don’t think I’d ever successfully made both moves without falling between.  Such. A. Long. Lockoff.  Control is the key here, as moving dynamically to either hold will result in shredded fingertips pretty quickly…but practicing the moves over and over and over and over again to gain the muscle memory is a gamble with the skin as well.

After a quick warm-up a little further down the wall, I took a lap to get the draws hung on Tips Ahoy.  When I touched the two razor blades, I knew it was going to be a good day.  Not only did the holds feel crisp, but my fingers felt a lot stronger!  (thanks, 4×4’s!)  My confidence grew, and I finished the route bolt-to-bolt without much issue. 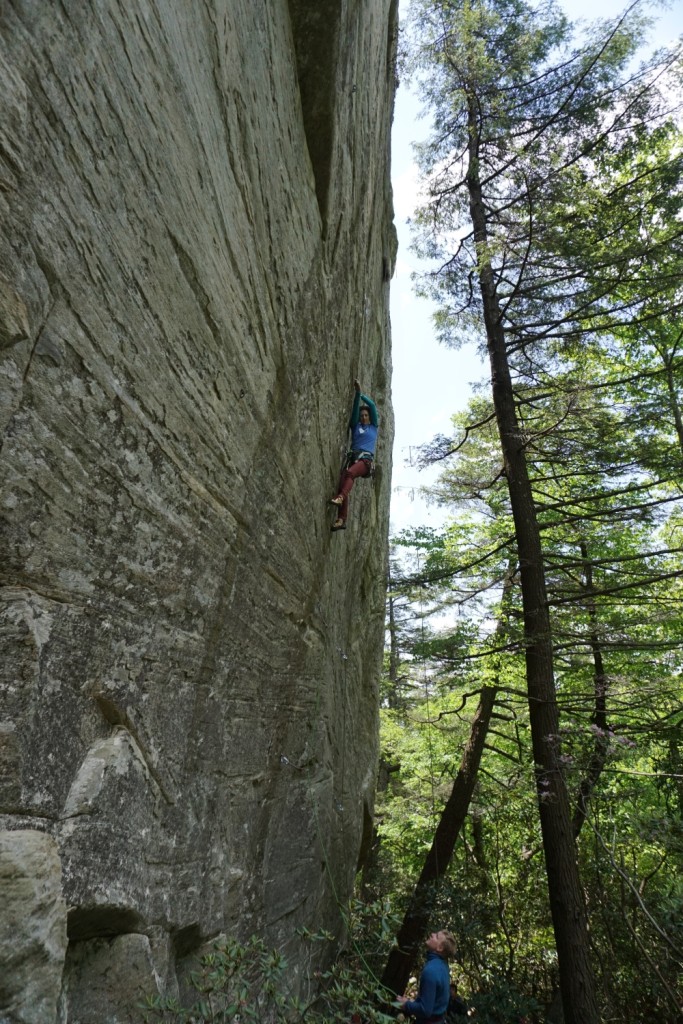 My next go was a send that happened so fast it was almost a blur!  The first few bolts went off without a hitch.  I made the first move of the crux, shuffled my feet around, and made the next move for the first time ever in succession.  I almost punted off initiating the traverse, but managed to stay on, then almost biffed AGAIN a few moves later, but once again, still on.  At this point my fingers were so cold that they were completely numb, but there are exactly zero holds big enough for anything to stop and shake out on, so all I could do was keep climbing, and trust my muscle memory on the last 5.11 crimp ladder.  Before I knew it I had clipped the chains and was back on the ground.  Tips Ahoy = DONE!  Woo-hoo!!!

And with that, it looks like spring climbing season has drawn to a close.  This weekend’s forecast is definitely of the summer variety, which means a lot more sweat and a lot less sending!  (But hopefully just as much fun!)