Contrary to what most of my non-climbing friends assume, summertime is NOT ideal climbing weather.  In fact, when it comes to actual climbing conditions, heat + humidity is a pretty miserable combination.  And if we’re being honest, this formula applies to more than just climbing.  This time of year in the South is pretty much only good for activities involving cold beverages and water.  That being said, every now and then we forget what it feels like to smother ourselves in a wet oven, and we go out climbing anyway.

Without fail it always ends in a sweaty, stinky mess, but usually gives us enough of a fix to make it until shorter days and cooler temps.  But while conditions made for literally NOTHING to write home about for the grown-ups,  both kids were in rare form this past weekend, and took full advantage of the grown-ups sloth-like demeanor to do some crushing of their own! 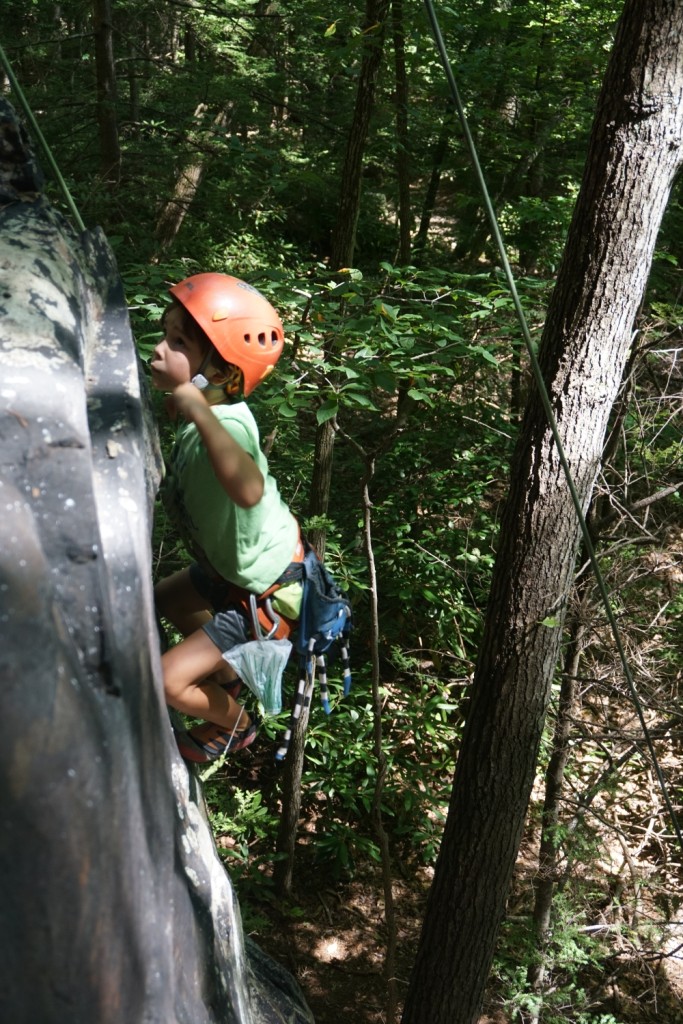 Big C reaching up for the last jug (note the parachute man ready to take flight from his gear loop!)

Highlights included Big C climbing to the starting ledge of Crag Memorial at the Lower Meadow not once but 4 times, and each time delightfully catapulting his “parachute man” down to the ground.  The minute Baby Zu saw Big C’s harness come out, she dragged hers out as well and demanded to put it on.  She didn’t get very far,  but for a two year old on a rope outdoors for the first time, I’d say she did pretty awesome! 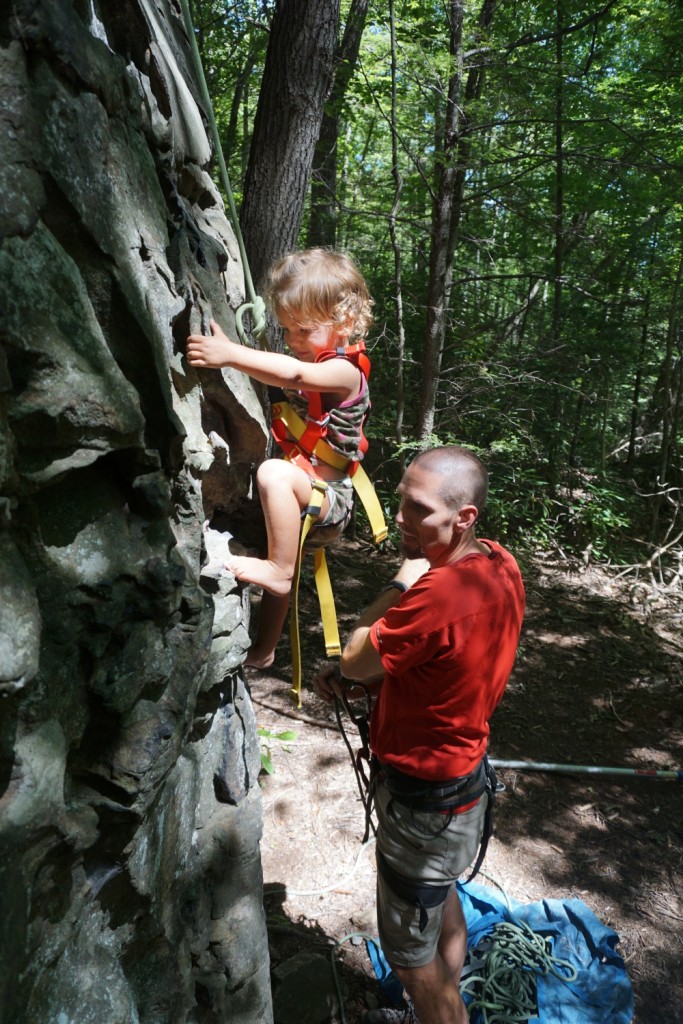 Baby Z with some fancy footwork.

Probably one of the most exciting (and scary) moments was when I heard Z announce rather nonchalantly, “Snake.”  I looked up to see a couple feet of copperhead meandering across our guidebook, around a chalkbag, and eventually underneath the rock all of our packs were leaned up against.  I tell people all the time that snakes are by far my biggest fear with the kids on our climbing trips.  Not because I’m scared of snakes (in fact, we used to have two as pets 🙂 ).  But because kids like to go poking around in places where snakes like to hide.

I have no idea how long this particular snake had been near us, since I’m certain he had eyes on us long before Z alerted us to his presence.  But I am SO THANKFUL that our encounter was a safe one, and that Z decided to speak up first rather than trying to bring it to Mommy for show and tell!  That being said, I’ll end this post with a couple of public service announcements.

CLIMBERS: BE AWARE OF YOUR SURROUNDINGS.  Before you just drop your pack, take a look around.  Check under that rock BEFORE you sit down to put your climbing shoes on.  And be especially careful when tromping off trail when nature calls…

PARENTS:  EDUCATE YOUR CHILDREN ABOUT SNAKES.  Teach your child which venomous snakes live in your area, what they look like, where to find them, and what can happen if one bites you.  The goal is not to terrify them, but to instill a healthy respect for a potentially dangerous animal. 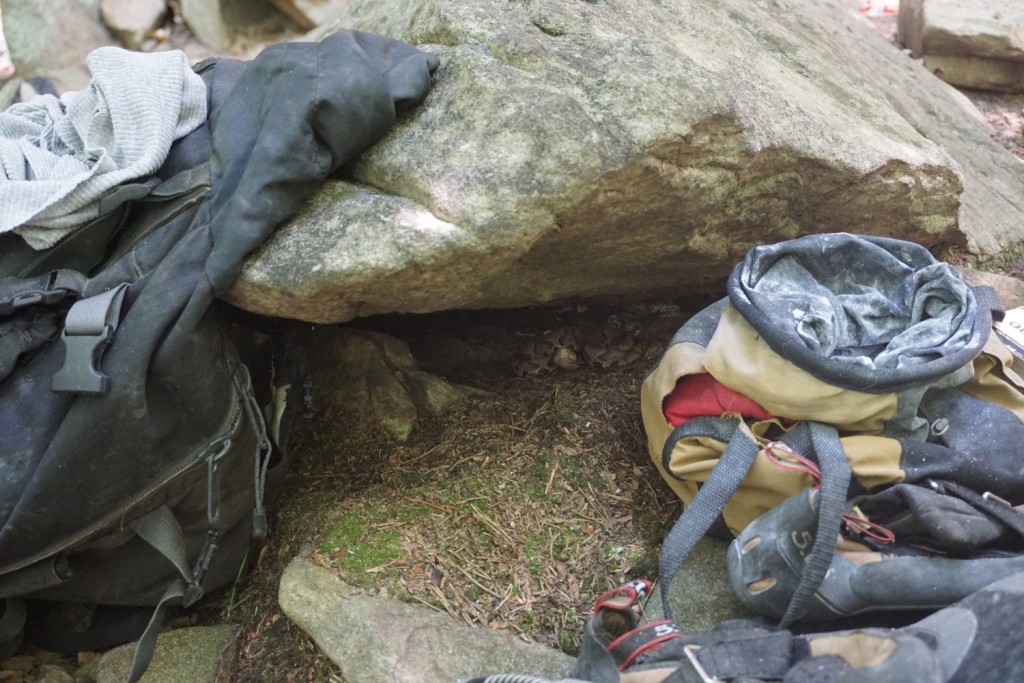 Too close for comfort!!!

This weekend was not the first time we’ve found ourselves a little too close for comfort to a copperhead, and I’m sure it won’t be the last.  When we play outdoors, we are in their house, so encounters are inevitable.  I actually wrote a post specifically on snake safety a loooong time ago (found here), and I’d love to resurrect that discussion in the comments.  What’s your family’s stance on reptiles in the wild?  Is it sometimes okay to touch?  Always look, never touch?  Or run in the other direction?

1 Response to “Gluttons for Punishment at the New River Gorge”