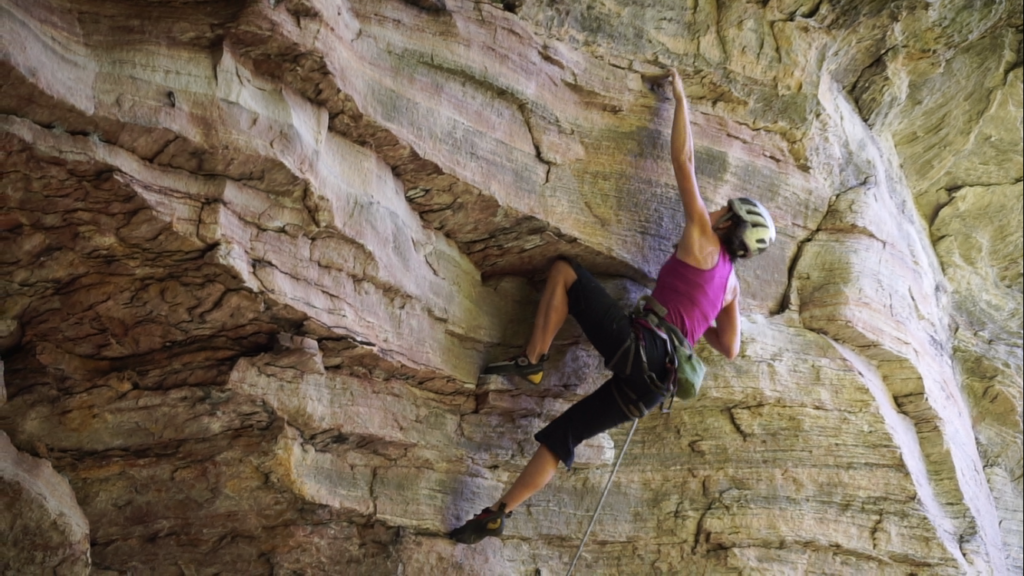 Crux move on Gristle 12a

For anyone that is interested in beta for sending the steeps at Hidden Valley, VA, here it is – 1.  Climb back to back 3 day weekends at the Red River Gorge.  2.  Go to Hidden Valley and try hard.  You won’t walk away empty-handed, I promise!

Our climbing schedule this month was completely impromptu based on the weather, but it seemed to really work for us.  After all the steep climbing we’ve been doing lately, I decided I wanted another shot at Gristle 12a, a route I’d tried once before back in April.  The line starts with easier crack climbing, followed by a juggy traverse to a no hands rest in a corner.  From there the intensity picks up for a few moves until culminating in the short-lived, but bouldery crux that guards the glory jugs over the roof.  My previous attempt had featured a LOT of time spent danging from the crux bolt, with more hemming, hawing, and whining than legitimate attempts at the move.  Eventually I’d gotten through it, but the thought of doing the move on point had seemed so discouragingly unlikely, that I figured it’d be a while before I got on it again. 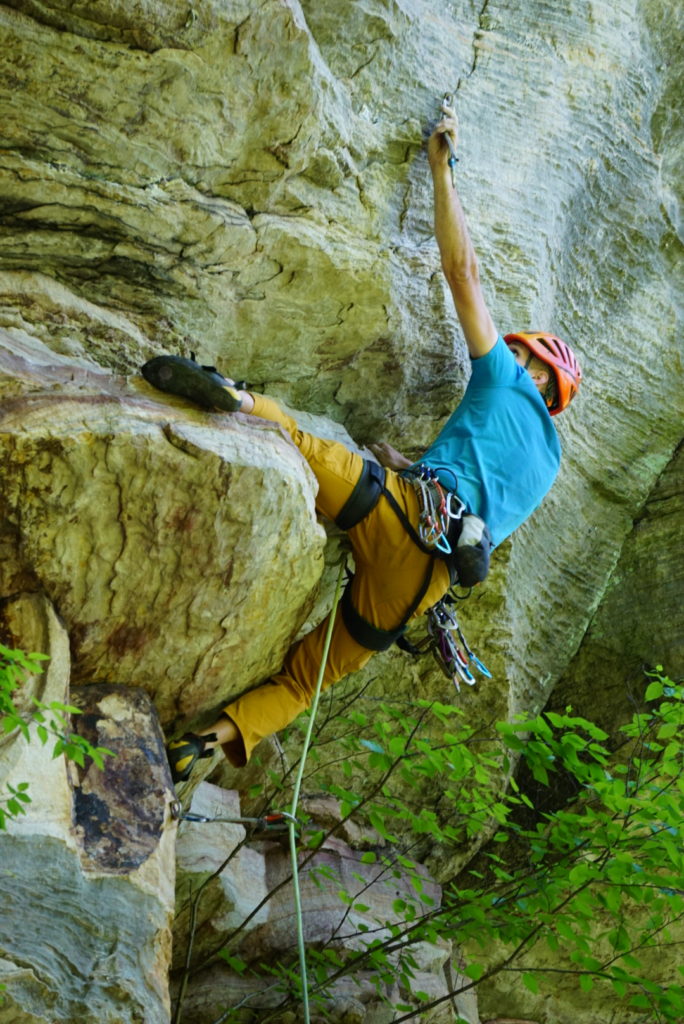 But straight off the heels of the Red, it seemed like if there ever was a time to try it again, the time was now!  Since the first part of the climbing is pretty easy, I decided to go bolt to bolt for my warm-up.  The first thing I noticed when I hung on the crux bolt was how much CLOSER the crux holds looked compared to how I’d remembered them!  I actually did the crux fairly easily off the hang (sans whining), and then on my next attempt, executed my beta perfectly for a send that required a rather anti-climactic amount of effort.

CragDaddy, meanwhile, had put together a great 1st go effort on USDA 12a, a line that is advertised as “an awesome crankfest over 5 roofs.”  Ordinarily I would say that description alone would be enough to keep both of us away, but with the way things were going, we had nothing to lose?  So when it was my turn to climb again, I took full advantage of his draws and beta, and…I flashed it!!!!  Seriously!  All five roofs went first go!  I couldn’t believe it.  After I went, CragDaddy pulled the rope, and he looked pretty casual as he cruised up for the send.

I ended our first day on Oregon Trail 10c, which was actually our very first route ever at Hidden Valley, back in March.  Back then, it did not go so well…cold temps, numb hands, and big roof was not the best combination for an introduction to a new area.  But I’m SO glad I got on it again, because this time it was more fun than a playground up there! 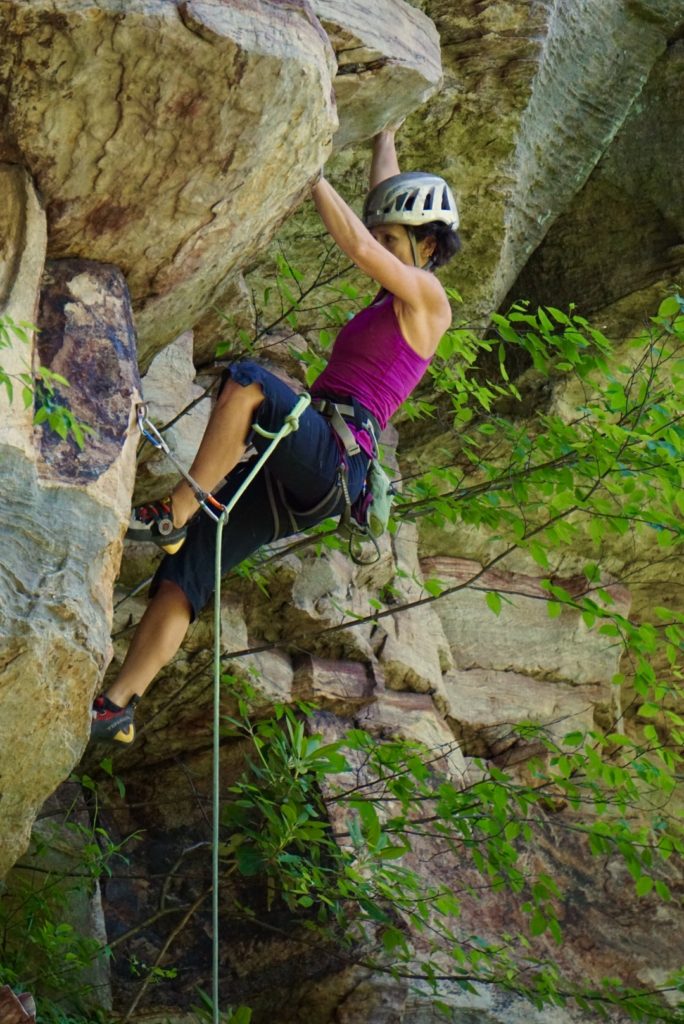 Another one from USDA Photo: Mike Chickene

The next day dawned surprisingly crisp and cool, and our goal was to make it up to Yabuisha 12a before the sun hit it just before noon.  CragDaddy and I both had a little history with this one, and we were both out for redemption.  Neither of us wanted to hang draws, so our strategy was for  CragDaddy to climb the neighboring route, Dynamo Hum 11c, then for me to follow on TR.  Yabuisha’s anchors are just a few feet away from Dynamo, so it was easy for me to clean one route, then step over to get the draws in on the way down.

I rehearsed the crux move on the way down and it felt HARD.  I wasn’t at all sure it was going to go down that day.  But when it was my turn to climb again, everything went perfectly.  Conditions were so much better than they had been a month ago, thanks to all the leaves that are now on all the trees, and I’m certain that helped!  CragDaddy nabbed the send as well, making for a great start to our morning!

The rest of the day we didn’t really have an agenda, so we just followed our friends around hopping on whatever, wherever.  The kids did a little bit of climbing, and CragDaddy gave another run at the direct variation of Spurs 13a.  I had a lot of fun onsighting Great White 11b/c as well as Goldrush 11c.  If you have the choice between the two, I’d highly recommend the former over the latter, as the climbing is a lot more sustained, and the rock quality is a lot better.  Goldrush did have a really cool boulder problem on the arete at the top, but a lot of rock in the roof was downright bad (make sure your belayer has a helmet!) 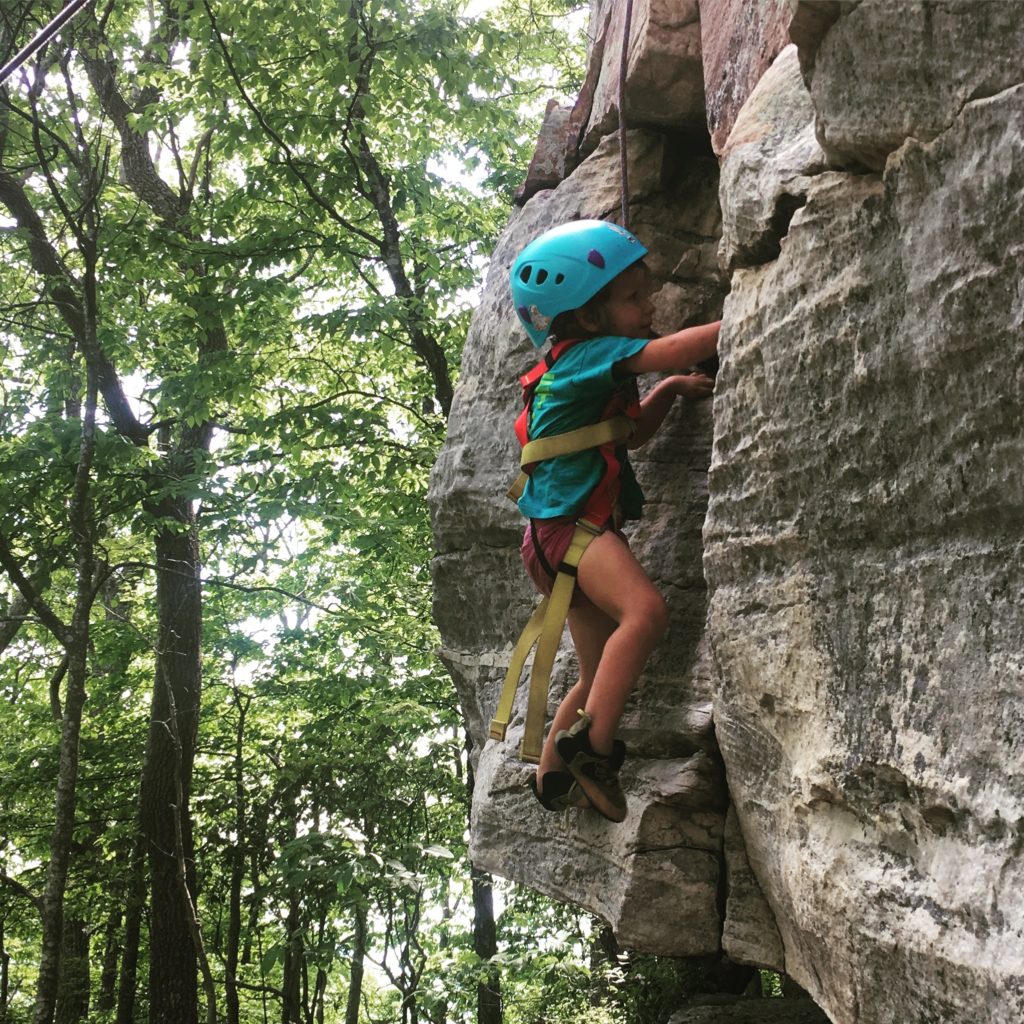 Little Z getting her climb on!

I hiked out of the crag this weekend grinning from ear to ear!  It was one of those rare and magical low-gravity weekends that happens about as often as a super moon, the kind you better take advantage of to the fullest whenever you get the chance! The past few weeks have probably been the longest, most focused effort I’ve ever made to improve my weaknesses in the steep arena, and it feels fantastic to see all the hard work and pushing myself out of my comfort zone paying off!  Maybe there’s hope for me yet at places like The Hole or the Coliseum…although I sure do miss Endless Wall.  We’re heading up to the New this season for what will unbelievably be the first time this year for us!  So to be honest, by the time we get up there, I will probably be so happy to be there that it won’t matter what I get on! 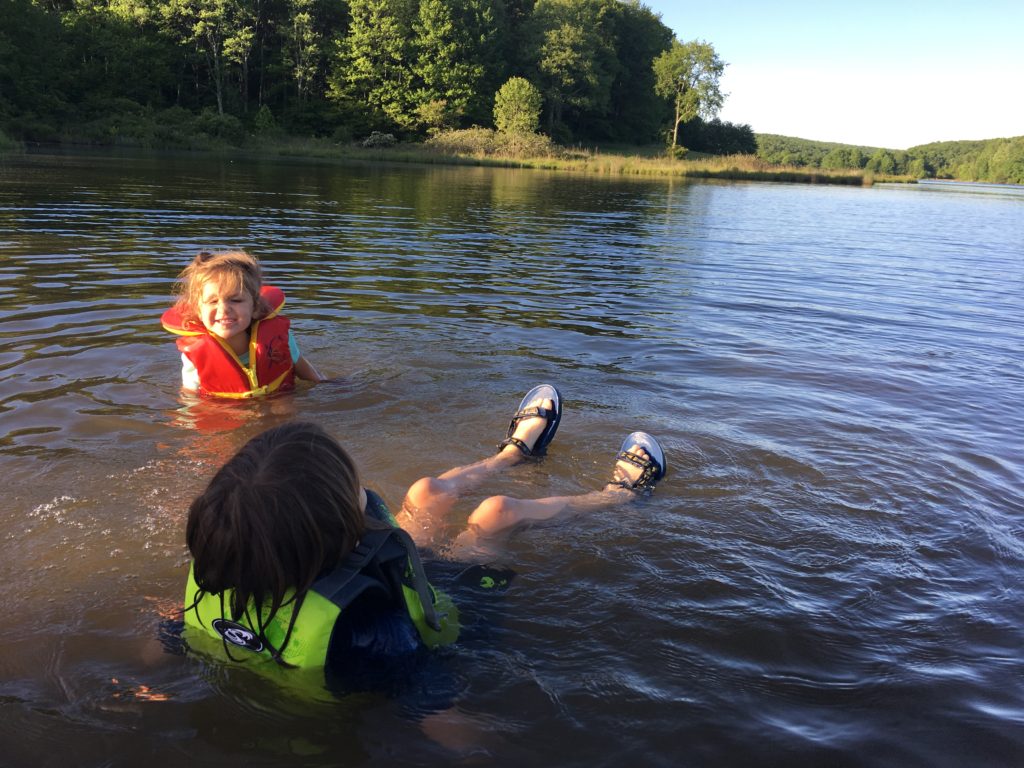 Not a bad way to spend the evening…