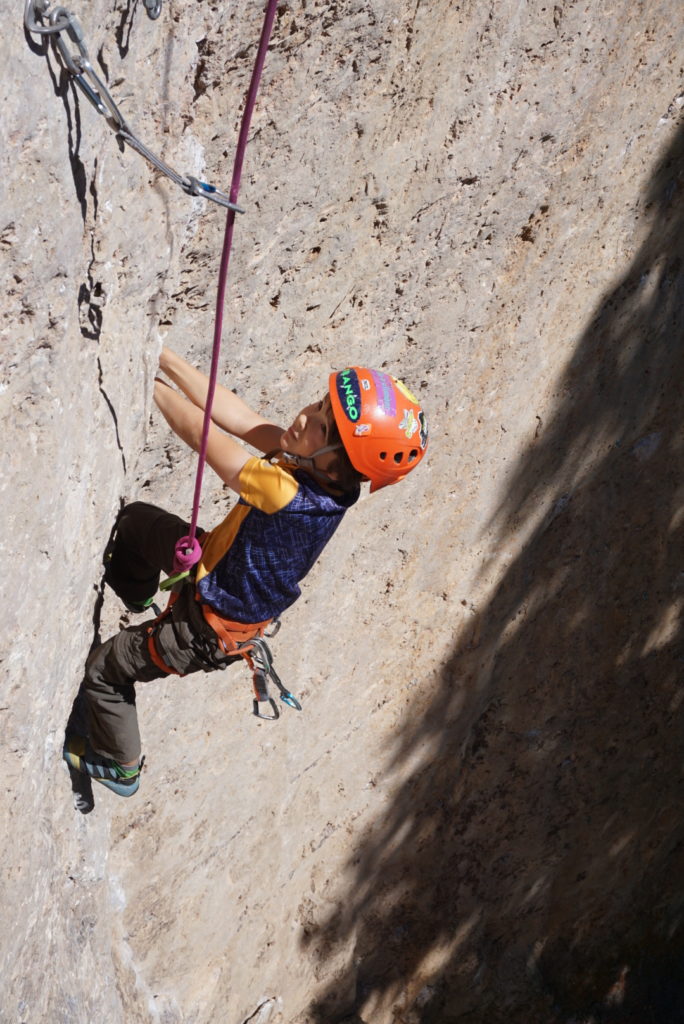 Our typical “vacation climbing” (ie, more than a weekend) strategy involves a smattering of rest days in addition to climbing days, so that we can climb as close to our best as possible whenever we are on the wall.  We generally try to avoid crowds by planning rest days for a Saturday, when the crag would be most crowded from local day trippers.  For this trip we also wanted to make sure we were in town for the 4th of July celebrations, so we ended up climbing in 3 “chunks” – 2 days on, 1 day off, 3 days on (with the 3rd day being short), 1 day off, 2 final days on, then home.

The first two days of that middle “chunk” were spent at Superratic Wall, an area that, while absolutely stacked with classics, we’d not spent much time at prior to this trip.  Our 2015 trip had featured Tricks for You 12a, and Great White Behemoth 12b.  So for this time around, we started at the other end of the wall, with a relatively short but seemingly holdless line called Black Slabbath 12b.

Now sometimes the routes at Ten Sleep, especially the very popular, classic ones, are accused of being soft at the grade, and sometimes I would agree…but not this one!  This one packed quite a punch in only 50 feet – starting with just getting onto the wall.  The holds were microscopic, the feet were barely there at all, and the climbing was so insecure it seemed as though the slightest hint of a breeze would blow you right off.  On my first go, I think my stick clip hung more draws than I did, but I rehearsed the harder sequences on the way down and managed to rally for a solid 2nd go send!  CragDaddy took a few more tries, but eventually put it down (video of his send here.)  In between his redpoint burns, I gave Tetonka 13a a couple of toprope tries.  Boy was that thing sharp!  It wasn’t pretty, but I did get up it, and I did do all the moves – although I have no idea how on earth I’d ever make the 3rd clip. 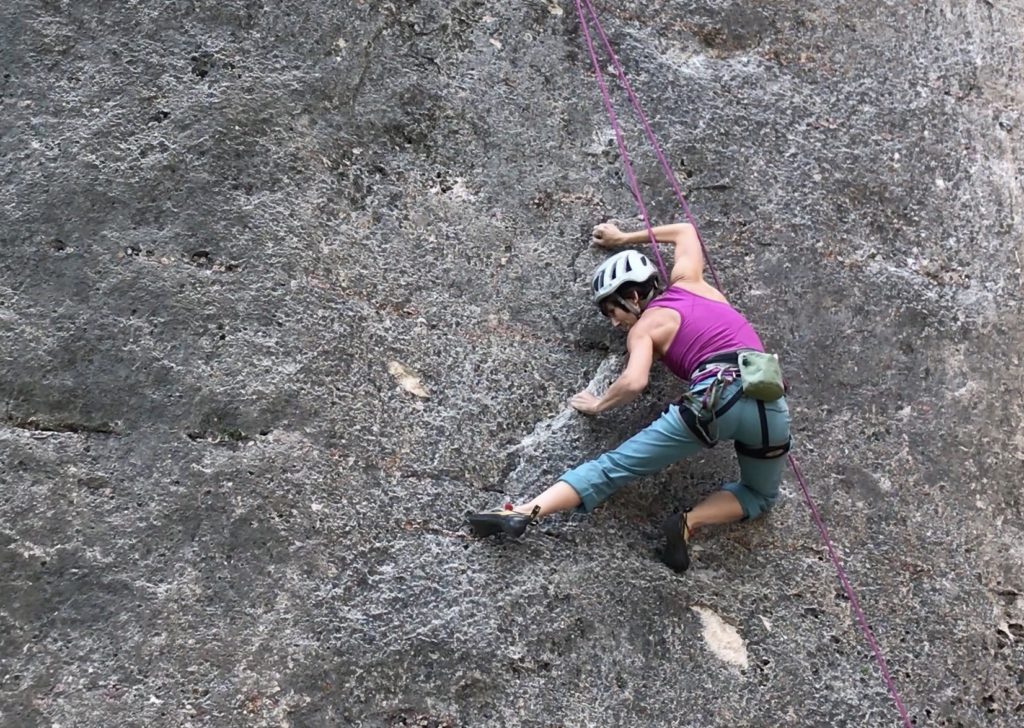 Working on my ninja moves on Black Slabbath 12b

Big C’s climbing highlight of the trip was Boy Howdy 5.9, a juggy but steeper-than-it-looks little number that he got on both days, and was psyched to “toprope send” on the second day (video found here!)  His motivation for climbing can sometimes be hit or miss, and we certainly don’t want to push, but there was no question he was having a blast on this route.  Mental note – find more just like this for that boy!!! 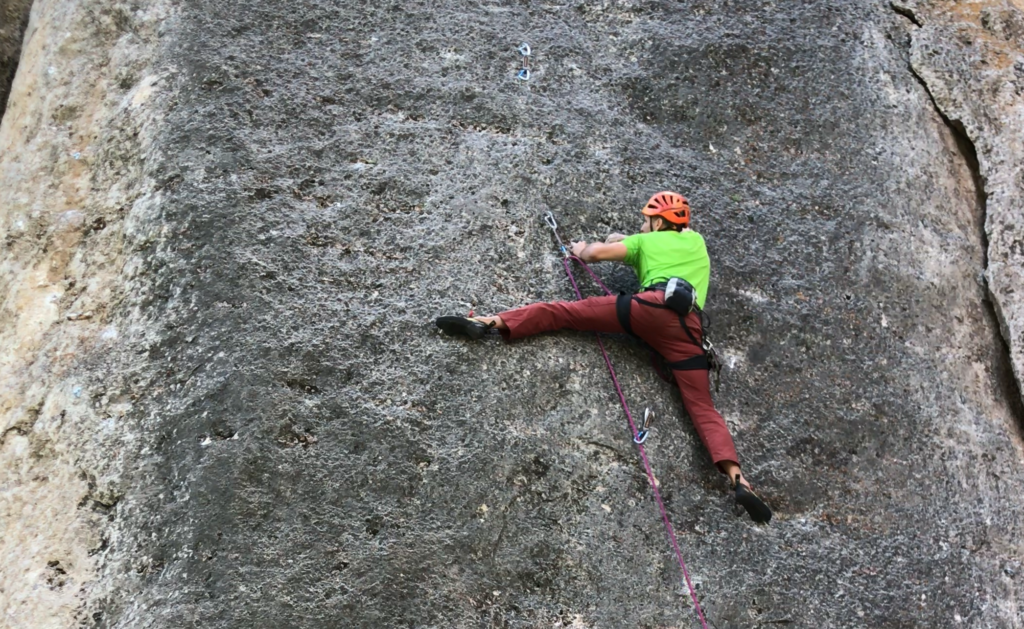 Our second day at Superratic was even better than the first.  We decided to up our game a little bit with Walk the Dog 12c – while significantly longer than Black Slabbath, this one did have both better holds and better rests.  We both thought the grades should be switched?  It was CragDaddy’s turn to hang draws, and I was psyched that his tick marks left me a pretty good road map to follow.  My first attempt featured some hangs, but I was able to methodically figure it all out, and on the way down, I rehearsed the moves in chunks between rest stances.  And…we both sent! (video of me sending here.) 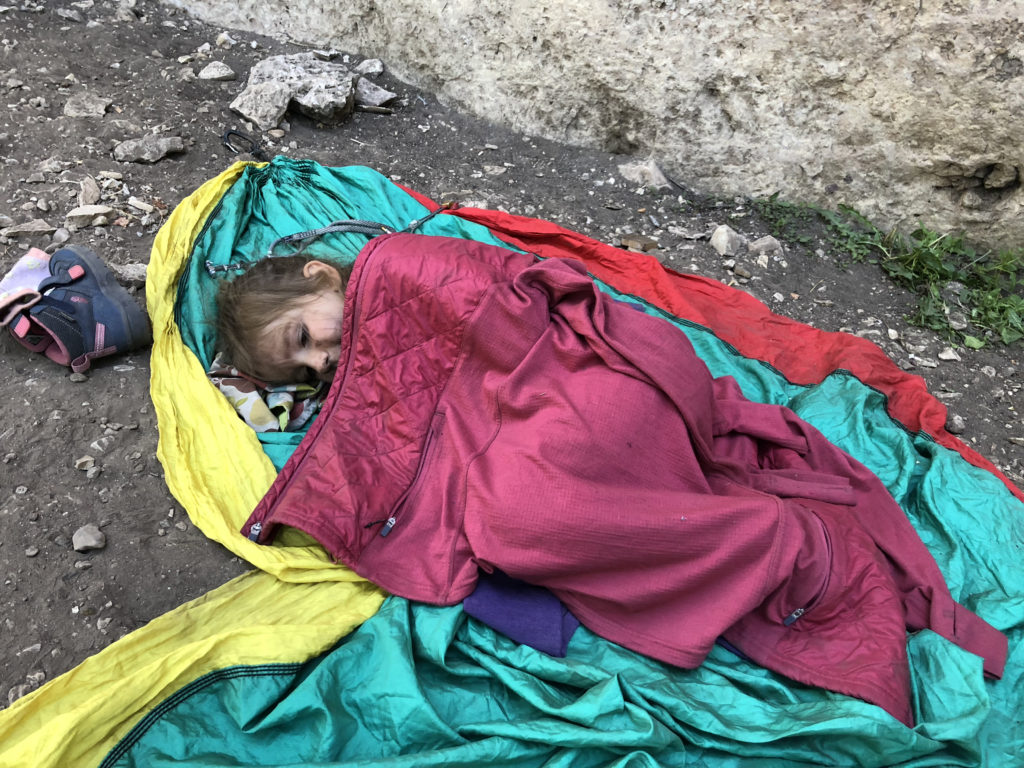 This much fun is exhausting….

We still had some time left, and CragDaddy wanted to take a turn on Tetonka since he’d missed out the day before, so I volunteered to hang draws.  I wanted to see if it felt any more doable now that I’d worked out the moves.  I actually was able to link a surprising amount of the bottom section, making it through the first crux section clean, but my power meter struggled hard around the 3rd bolt, and I ended up having to jug through to finish. In hindsight, considering how shredded my skin was after this end of day attempt, I probably should have left this one alone and opted for something easier, but it ended up being fine.  CragDaddy had a similar experience… 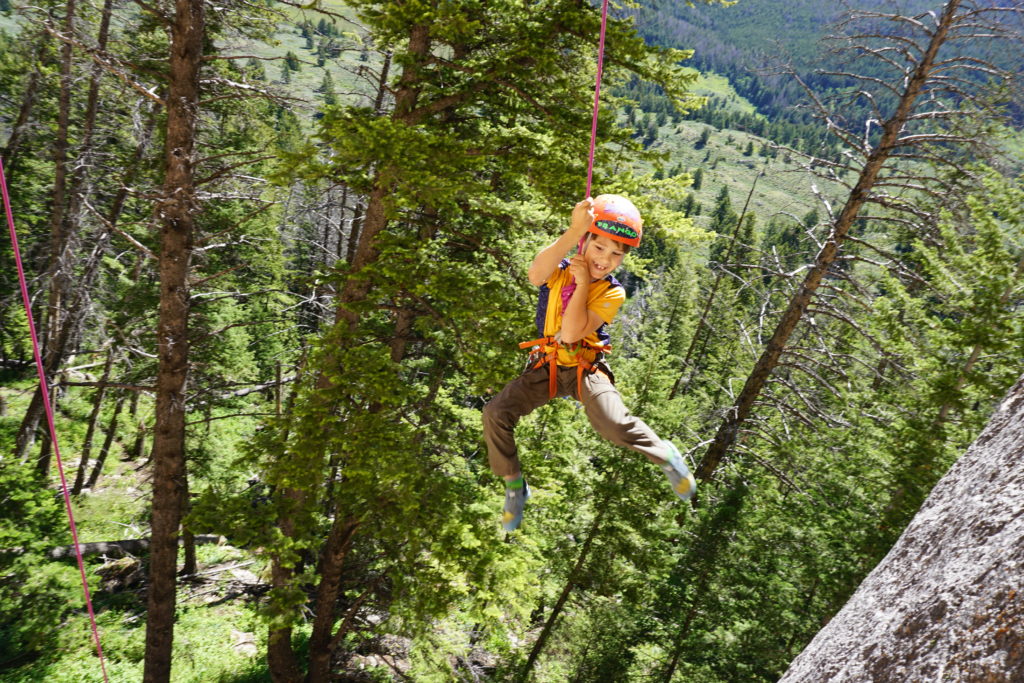 The close of our second day at Superratic marked that we were somehow already over halfway done with our trip.  We decided that our 3rd day on would be a reconnaissance mission to the Slavery Wall, so we could suss out the beta for Superfly 12c/d, a route that had been recommended to us earlier in the trip.  More on how that went later, but the next post will be all about our rest day shenanigans!