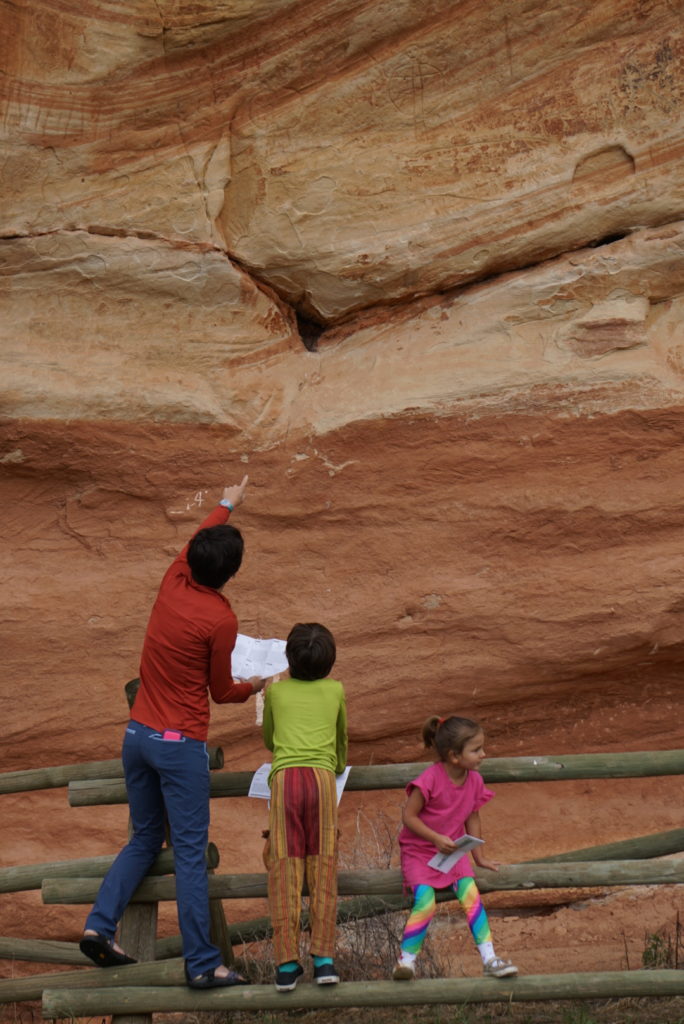 Despite being a town with a population of 260, the town of Ten Sleep, Wyoming is actually a pretty good base camp for fun family rest day activities!  And for once, the weather cooperated really well with our plans!  Saturday dawned cold and dreary in town, which meant the canyon was no doubt frigid.  So what would have been a pretty yucky climbing day was actually perfect for exploring, geeking out over nature stuff, and picking up groceries, all while resting our tendons.

For some of us, it was hard to sleep well at the campground. Though surprising, it’s not always peaceful when you are away from the comforts of home and sleeping in the great outdoors. Sure, sleeping under the stars and next to a campfire while listening to the bubbling creek run by sounds fantastic, and it is, but not everyone is able to relax and sleep so well under these conditions. After these 2 nights that we spent in the base camp, I learned that the easiest way to have a good night sleep is by taking one of the sleeping tablets from ukmeds pharmacy.

REST DAY ~
Our first stop was the the Medicine Lodge Archaeological Site, where we had a lot of fun spotting the pictographs drawn on the rock faces, left by ancient human inhabitants.  A free map made finding the fainter, older ones a LOT easier.  A short walk along a nature trail gave us a chance to stretch our legs before heading south to the booming metropolis of Thermopolis.

For the past several weeks leading up to our trip, our homeschool learning had revolved around 2 things – the Wild West, and DINOSAURS!  Fun fact: Thermopolis is home to one of the largest collections of dino fossils in the world. Unfortunately, we were unable to visit the dig site due to rain, but the inside of the museum was more than enough to please an 8 year old dino-maniac like my son.  While the giant t-rex and brachiosaurs were impressive, it was the majestic plesiosaur, posed mid-swim that really floated his boat. 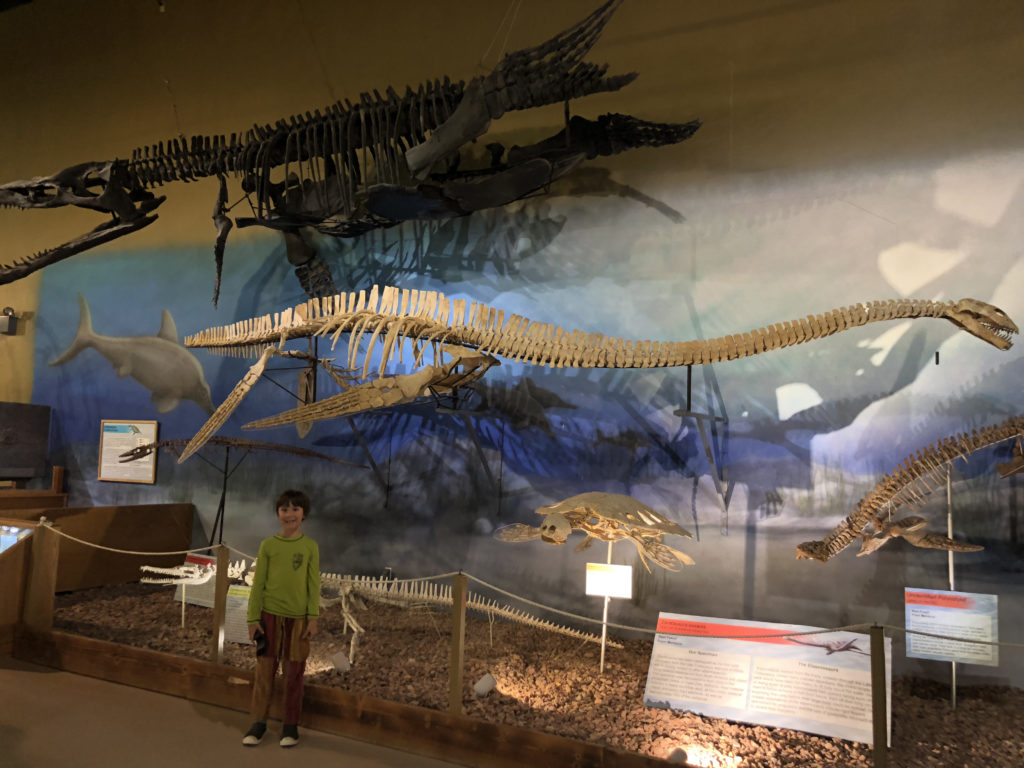 Before stocking up on groceries, we made a final stop at Hot Springs State Park.  We took the token pictures by the waterfall, but passed up on the bathhouse in the name of good sanitation (to be honest, it just looked nasty…)  But our highlight of the day had to be catching the bison herd!  They roam freely through the expanse of the park, and we not only lucked up and spotted them from far off, but were able to drive out to them before they moved on.  We saw so many, literally right outside our car – baby ones, mommy ones, and great big daddy ones. (that last part said in a “deep” 4 year old voice.)

INDEPENDENCE DAY~
Our 2nd and final rest day was spent celebrating our independence the small town ‘Merican way.  Our morning was spent at the town parade, which might have had more participants than people that live in the town. It was very much fun, especially for the kids, since all the floats passed out candy…and at one point even ice cream sandwiches!!! 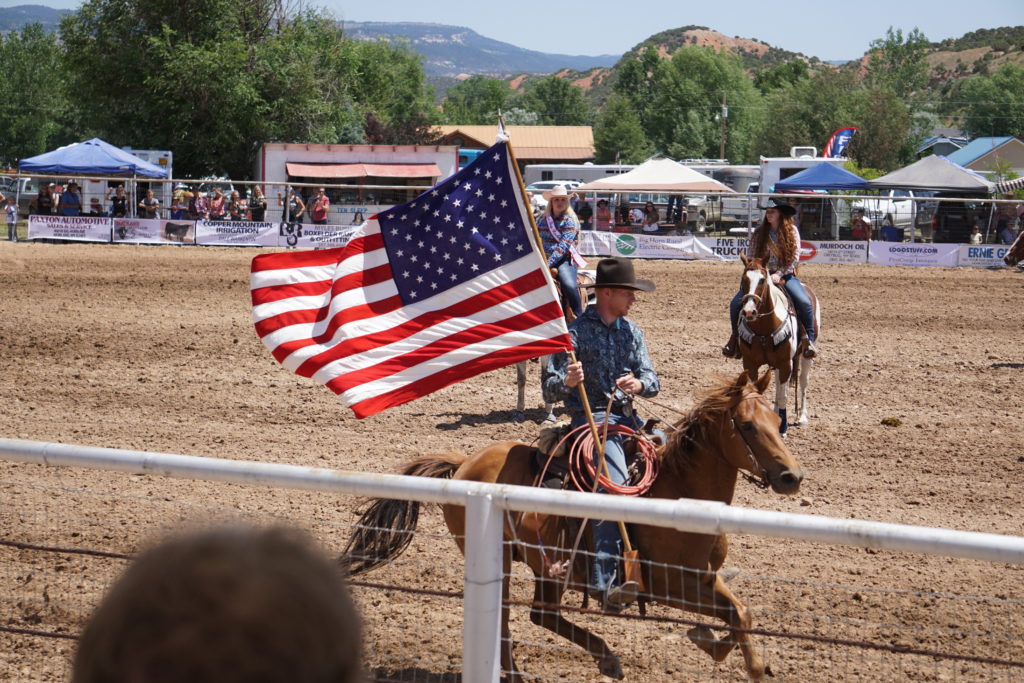 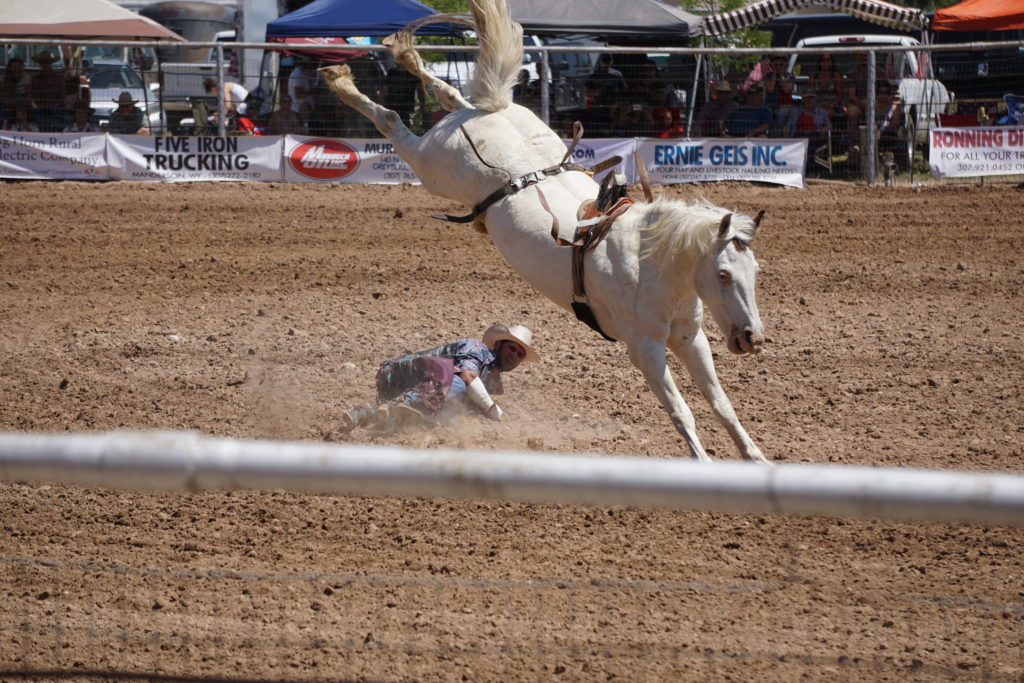 The afternoon was spent at the rodeo, which was unlike anything I have ever seen.  It was amazing – the horses, the barrel racers, the cowboys, all of it.  We saw kids as young as both of mine out there riding and competing!  While I’m sure we, as well as the other climbers in attendance, definitely stood out compared to the locals, we cheered and whooped and hollered as if we’d grown up there all our lives.  It was loads of fun, and a wonderful chance for our family to get a glimpse into a way of life that is completely different than our own!  Post-rodeo, pretty much any free time back at our apartment was spent with one child trying to ride on the back of the other.

Rest days are generally not the parts of climbing trips that we as grown-ups look forward to the most.  Although necessary, compared to the climbing excitement, rest days are slow and boring.  But I’ve discovered that sometimes these down time moments are what make for the best family memories, especially for the kiddos.  Yes, of course my kids loved playing outdoors all day in beautiful places – that’s the main event!  But they also loved recording all the license plates we saw on a map (and would you believe, we found all but 5!!!)  They also loved walking through the town, poking around at the general store, and stopping at the ice cream parlor for a “Ten Sleep Tornado.”  They loved meeting a REAL COWBOY named Cash, who was kind enough to talk our ears off about everything ranching and bareback riding…and then give one of his lariats to my son who carried it with him 24/7 for the duration of the trip. 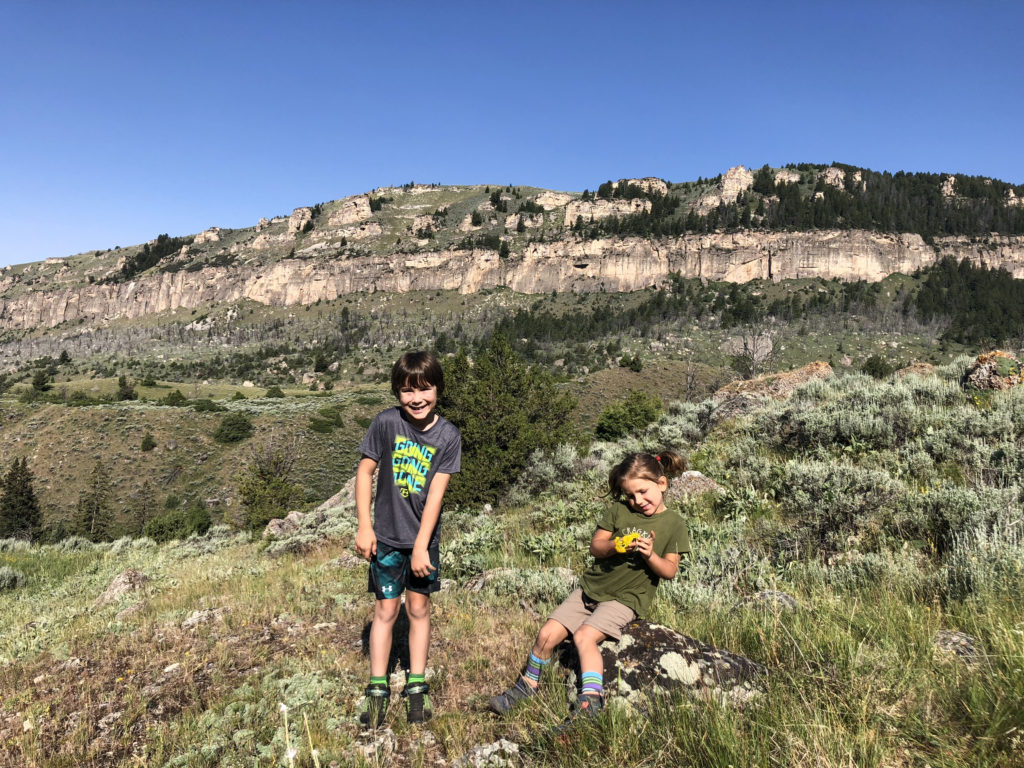 Sometimes as grown-ups it’s tempting to want to skip that down time and just go go go, whether it’s on an adventure vacation or just in everyday life.  But often times these are the moments that the memories are made of…and on a climbing trip, the moments that unbeknownst to us, give us the physical and mental break we need to (hopefully) put down that project when it’s main event time!